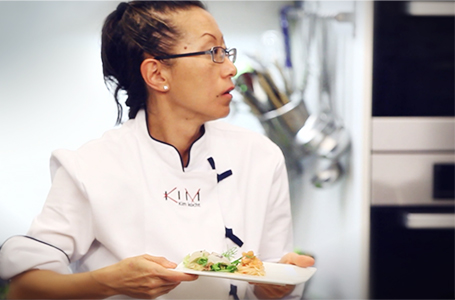 Chef Kim, who has introduced K-Food to Austrians, is widely known for her cuisine made by creatively fusing K-Food ingredients with Western food.

If you visit "Währinger Strasse Nr. 46, 1090 Wien" without having a reservation, you’ll likely be turned away. This is the address for Kim Kocht, a restaurant run by Chef Kim Sohyi and it is extremely rare to get a table there without a reservation. Chef Kim, who has introduced authentic K-Food to Austrians, is widely known for her cuisine made by creatively fusing K-Food ingredients with Western food. Her signature recipes include "red chili-pepper vinegar paste with concentrated orange juice" and "salad with mustard seeds and tuna". Sometimes, she uses quinoa in bibimbap instead of rice. And of course, kimchi never fails to accompany her bibimbap. The Culture Trip (theculturetrip.com), a travel and cuisine website, chose Kim Kocht as one of the top 10 restaurants in Austria, and in 2011, Falstaff Gourmet Guide, the most time-honored and renowned journal in Austria, also chose Kim Kocht as a winner in the Asia category. This makes us understand why in an interview she proudly claimed: "One thing for sure is that it's me who made K-Food known in Vienna, due to being Korean." 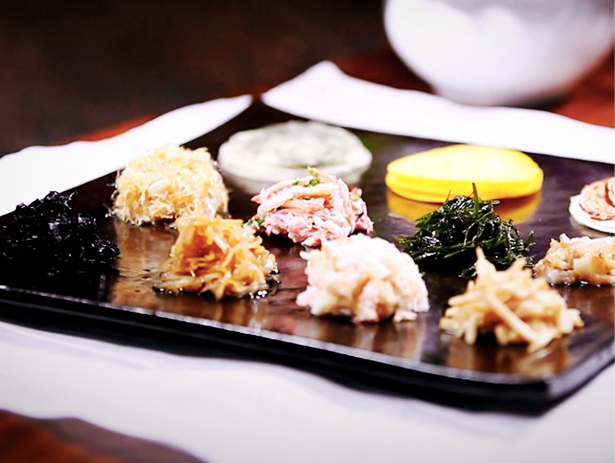 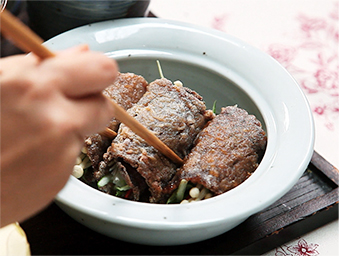 In 2011, she appeared on "Kim Kocht's Delicious Korea" on Olive TV where she traveled many regions in Korea and tasted traditional food and created new concoctions on the spot. As such, she always studies K-Food. For example, in "Kim Kocht's Delicious Korea", she contemplated the globalization of "Rice with Leaf Wraps" and "Lotus Leaf Liquor" of Gyeongju. Not long ago, she visited Daejeon’s Yeongseon-sa Temple and Gangjin’s Baekryeon-sa Temple for about two weeks to learn Korean traditional temple cuisine, which is based on health and eco-friendliness. Whenever she visited Korea, she traveled around many markets to observe the trends of food ingredients and culture in Korea and compare them with overseas trends. Her restaurant Kim Kocht simply means "Kim cooks" in German, and I would have to assume that the full sentence would be something like "Kim heartily cooks delicious food after undergoing a great deal of study." Such foods created by her fulfill her philosophy of "Food that doesn’t lie, honest food and food we eat for tomorrow".

Chef Kim Sohyi relentlessly exhibits her interest in new ingredients and trends because food culture is not static but always in a state of change. As new ingredients come to the surface, new tastes are created and as new chefs step into view, new imaginations are realized. Likewise, K-Food has continuously evolved through new ingredients and recipes, capturing the taste of more people around the world. Most of all, K-Food has a unique culture of sharing as various side dishes on the table are shared by people who dine together. And the most delicious festival that follows the tradition and value of K-Food will soon be held. 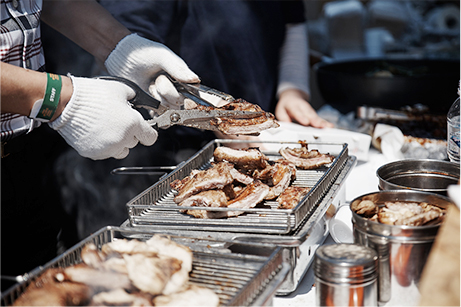 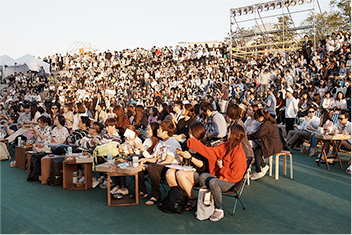 Being held at Busan Cinema Center from September 2 to 4, the annual Olive Food Festival is a setting designed to share good food and good ideas about food. The festival will showcase special menu offerings from over 20 famous restaurants in Seoul and Busan and a cooking show by Olive chefs which will share hot issues about food culture. Of course, the Delicious Concert is a must-see event in this festival. In particular, the "Delicious Stage" by Chef Kim Sohyi, Chef Yoon Ha-Young, who shows authentic French cuisine through Merciel restaurant and Chef Jang Jae-Woo, who creates modern Italian dishes at the Nyx Grill of Paradise Hotel, is a form of total dinner course that excitingly blends emotional images and food concert, music and Olive Cooking Show, which is expected to usher in a new K-Food culture. Held in Busan, the city that possesses the history and style of delicacies, Olive Food Festival is a place to exchange new K-Food culture that will captivate global citizens. 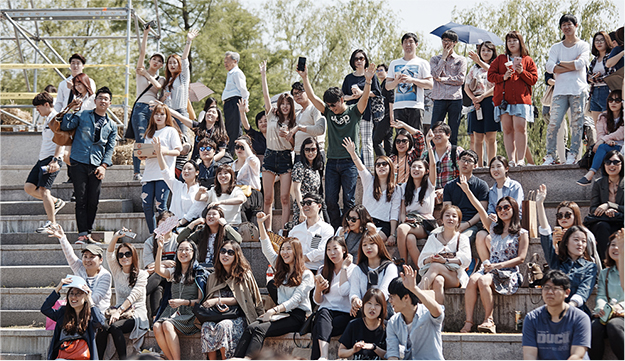 The most delicious festival

The audience of the Olive Food Festival is deeply enjoying the cooking show.

Olive TV that makes
our food culture
and life richer