‘It’s Okay to Not Be Okay’ has captured Asia-South America-Oceania-Africa via global streaming! 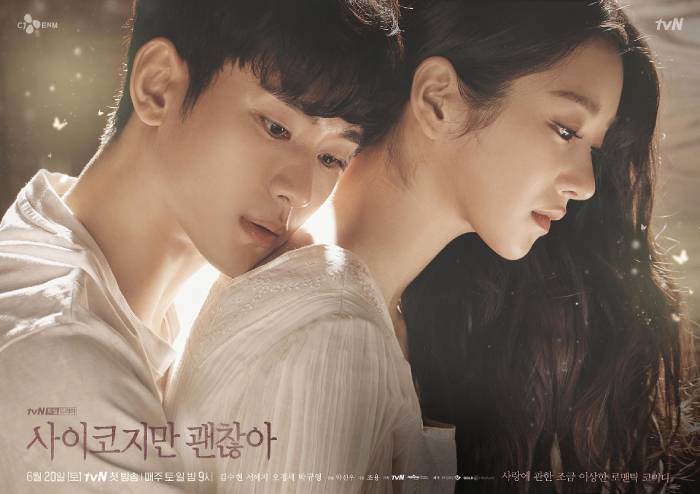 “The craze over K-drama is not just a flash in the pan, but is rather, the start of a domino effect”

‘It’s Okay to Not Be Okay’ produced by Studio Dragon is causing a great sensation worldwide. It is currently aired in Korea on tvN and streamed on Netflix in over 190 countries.

‘It’s Okay to Not Be Okay’ is winning the hearts of the world from Southeast and Northeast Asian countries like Hong Kong, Malaysia, Singapore, Thailand, and Japan to South American areas, such as Brazil, Bolivia, Peru, and Chile, and even Nigeria in Africa, , and Australia.

On IMDB, a website where content from all over the world gets rated, ‘It’s Okay to Not Be Okay’ has scored 9.2 out of 10 points. This is even higher than ‘Crash Landing on You (8.8)’ and ‘The King: Eternal Monarch (8.4)’, all of which are winning global popularity. Viewers around the world are raving over this series, claiming, “I’m captivated by the addictive story and the beautifully choreographed scenes.” “It’s different to other K-dramas.” “It’s definitely not a typical romance drama; it’s a whole new level of profound,” and “I was fascinated the moment I watched the first episode and am still completely drawn to it.”

International media are also keeping an eye on the global popularity and success of K-dramas, such as ‘Crash Landing on You’ followed by ‘It’s Okay to Not Be Okay’. Time, an American weekly news magazine, has covered the popularity of Korean dramas and even went so far as to recommend 10 K-dramas, while influential global media companies analyzed why the programs are so popular and also introduced some upcoming releases. In addition, Forbes even introduced old dramas that had been released many years ago in an article targeting K-drama newbies and fans.

Regarding the phenomenon of K-dramas winning global popularity, an official at Studio Dragon said, “We appreciate all the love sent by our global viewers toward ‘Guardian: The Lonely and Great God’, ‘Mr. Sunshine’ and ‘Crash Landing on You’ as well as ‘It’s Okay to Not Be Okay’ recently. It seems that, thanks to the global streaming service, the consumer base of K-dramas is expanding more and more. It’s not just a flash in the pan, but rather, the start of a domino effect. We’re going to do our best to produce and distribute well-made content that people from all over the world can enjoy and relate to.”

tvN drama ‘It’s Okay to Not Be Okay’ (Directed by Park Shin-woo, written by Jo Yong/Developed by Studio Dragon/Produced by Story TV, Gold Medalist) is a romantic comedy TV series like a fantasy tale. It tells the story of Moon Gang-tae (Kim Soo-hyun), a care worker at a psychiatric ward who is oppressed by the weight of life and refuses to love, and Ko Moon-young (Seo Ye-ji), a children's book author who has never known love due to an inherent flaw. As the two meet, they end up embracing and healing each other’s wounds. It is aired every Saturday and Sunday at 9 p.m.