CJ Foodville announced on the 3rd that it will test-operate a serving robot at Cheiljemyunso Seoul Station specializing in noodles. 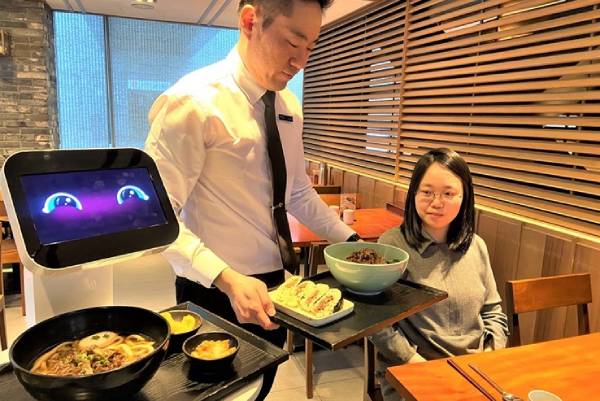 Cheiljemyunso became the first restaurant in Korea to implement LG CLOi ServeBot. CLOi ServeBot has an intelligent autonomous driving feature that determines the optimum traffic line to arrive at the table to serve the ordered meal. It also has a 3D camera and an ultrasonic sensor to move smoothly between the little spaces between tables and avoid or stop in front of anything in its way.

Accordingly, Cheiljemyunso Seoul Station is also operated as the store that applies cutting-edge technology from store entry to serving. The ‘smart waiting’ system enables customers to leave their names and phone numbers on the tablet PC at the front of the restaurant and receive KakaoTalk messages according to the order of entry. Once they enter the store, they can order their meals or call the server using the tablet PC on each table, allowing them to be served quickly and conveniently.