CJ Logistics moves a mountain by 2,300km from Malaysia to Bangladesh

CJ Logistics is carrying out a logistics project in Bangladesh that is close to actually moving a mountain. This large-scale project is moving 460,000 tons of rubble stones collected from Pantai, Malaysia to Matarbari, Bangladesh over 2,300 km away. The project is referred to as ‘CJ Logistics’ mountain-moving project’.

Transporting 460,000 tons of rubble stones to build the harbor for the power plant in Bangladesh for a year and a half, accelerating the process to complete by the end of the year 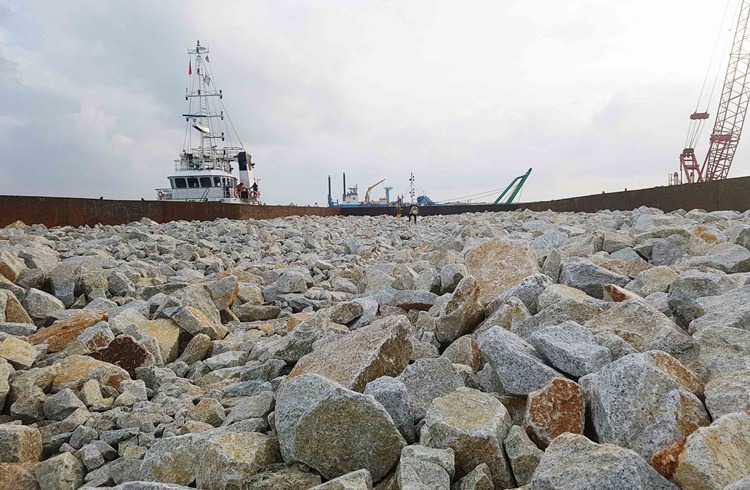 CJ Logistics announced on the 13th that it is about to complete the project of transporting 460,000 tons of rubble stones necessary for the site renovation of the harbor for the coal-fired thermal power plant under construction near Matarbari, Bangladesh. The weight of rubble stones mostly used for sea route dredging and land reclamation adds up to a total of 460,000 tons, which is about the same as 76,000 six-ton African elephants. In volume, it is 310,500㎥, which is about 31 ,000 15-ton trucks.

The rubble stone transport project for port site renovation is incredible not just in weight and volume, but also in distance. The total distance from Pantai, Malaysia where the rubble stones are purchased to Matarbari, Bangladesh where the construction site is located is over 2,300 km. 11 barges are used to stably carry 460,000 tons of rubble stones, and starting from October 2018, the project will take more than a year and a half. 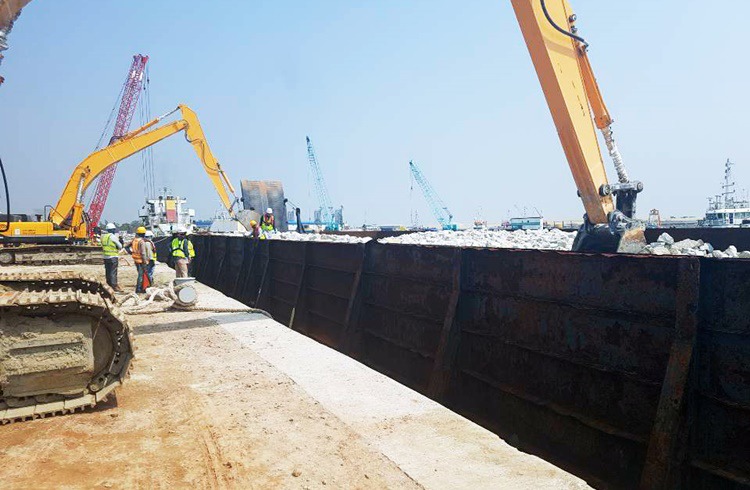 ▲ CJ Logistic announced on the 13th that it is about to complete the project of transporting 460,000 tons of rubble stones necessary for the site renovation of the harbor for the coal-fired thermal power plant under construction near Matarbari, Bangladesh. CJ Logistics is handling rubble stones on the heavy lift ship with an excavator.

This project requires know-how in international logistics to repeatedly move back and forth between Bangladesh and Malaysia, two countries with different laws, environments, geographical features and weather conditions. In particular, there is a rainy monsoon season in Bangladesh from May to October, so it is impossible to transport for about 5 months because the rain pours down and the direction of the wind changes significantly. For a successful project, there is a need for not only transport capacity to design the best route and operate the ships flexibly according to the season, but also logistic know-hows and experiences to fully understand and align with the local conditions and culture.

Bangladesh has a population of 165 million people, which makes it rank No. 8 in the world, and has the highest population density. Most of its national border is adjacent to India, and only a part of it with Myanmar. It has achieved at least 6% of economic growth continuously for the last 8 years and is exhibiting one of the most rapid economic growth in the world.

“Based on various logistics project experiences in super-heavy lift cargo, CJ Logistics is rising as a true power of global logistics projects with the best technology and know-how not only in Korea but entire in Asia,” said an official at CJ Logistics. “We’re going to develop into one of the world’s top 5 integrated logistics companies based on the strong logistics network that connects not just Southeast Asia but also the whole world.”

CJ Logistics has been actively engaged in M&A and joint ventures since 2013, building a global network that embraces all over Asia including China, Southeast Asia, India, the Middle East and Central Asia. In 2017, the company acquired CJ Darcl, which was the leading transport company in India, and has since developed logistics business throughout India, while also running transcontinental rail transport of containers and consumer goods in India, truck and railway transport service, and cross-border transport between neighboring countries like Nepal and Bangladesh as well as marine transport. CJ Logistics has entered 148 cities in 37 countries worldwide with 266 global bases, and plans to create greater synergy using this global network.

Next
THE CJ CUP ends in success, earning accolades such as ‘Masters Tournament of Korea’