CJ Cultural Foundation recruited key businesses, including TUNE UP, STAGE UP and STORY UP.

On March 22, CJ Group’s non-profit foundation, CJ Cultural Foundation, announced that it held the regular BOD meeting for 2019 on the afternoon of March 21, and it decided to invest as much as KRW 6 billion this year in the 10-year-old new pop culture creator support program. CJ Cultural Foundation is planning to invest intensively in the selection and mentoring of new creators in music, performance and film, support for performances and film production, operating CJ Azit, a concert hall-cum-studio for new artists, and online and offline marketing for helping new creators make inroads into the market. In addition, CJ Cultural Foundation announced the contest schedules for key programs, including ‘TUNE UP’ in music, ‘STAGE UP’ in performance, and ‘STORY UP’ in film. As the new creator support project starts this year, it will hold the ‘TUNE UP’ contest from March 14 till March 29. Then, the ‘STAGE UP’ contest will be from March 4 till April 19, and the ‘STORY UP’ contest will be from March 4 till April 3 for full-length scenario writers, and from April 1 till April 30 for short film production. Creators and organizations wishing to participate in the contest may apply by visiting CJ Cultural Foundation’s website(www.cjazit.org).

CJ Cultural Foundation is planning to actively take full advantage of the strengths it has nurtured over the past 10 years while supporting pop culture creators, and its infrastructure to provide substantial and differentiated support. In particular, this year, the details of support will be partially changed depending on the cultural contents market environment that has been changing during the past decade.

For less known new creators who are having difficulties with promotion, it will reinforce online promotion and marketing. It is planning to launch Season 2 of its YouTube channel, which gained a great deal of popularity with the indie musician’s video contents from last year, such as the ‘Azit Live Session,’ and will open the ‘Azit Live Musical’ channel, which produces creative musical inserts as special video contents this coming April, and familiarize the audience with them.

Also, considering that new creators need continued support to settle in the market, the foundation will add support for those who were selected previously aside from those who are newly selected in the contests. The ‘STAGE UP’ program will select those previously selected works deemed highly likely to be successful which were not performed before and support them, and the ‘STORY UP’ program will start the ‘Scenario Market’ which connects the unpublished scenarios of previously selected authors to producers and investment companies.

CJ Cultural Foundation builds the virtuous circle that will solidify the foundation for the cultural contents of Korea, and connects them to Hallyu.

CJ Cultural Foundation is a foundation that Chairman Lee Jay-Hyun established back in 2006 by succeeding to the will of Lee Byung-cheol, former chairman, who used to say, ‘If there is no culture, there is no country.’ He is known to have emphasized, “We must furnish a soil on which new young artists can display their creativity, solidify the foundation of the cultural contents of Korea, and build a virtuous circle that will connect those creative contents recognized at home and abroad to Hallyu.”

CJ Cultural Foundation opened ‘CJ Azit Gwangheungchang’ in 2009 to support new creators in pop culture. Since it started the creator support program, including TUNE UP, STAGE UP AND STORY UP, in earnest in 2010, it has gradually grown in size, and has been investing as much as KRW 6 billion in new creator support every year since 2017. In 2016, ‘CJ Azit Daehangno’ was opened as a space exclusively for plays and musical performance, and ‘CJ Azit Gwangheungchang’ was remodeled into a space exclusively for musicians, which features a concert hall and a professional recording studio, in 2017. 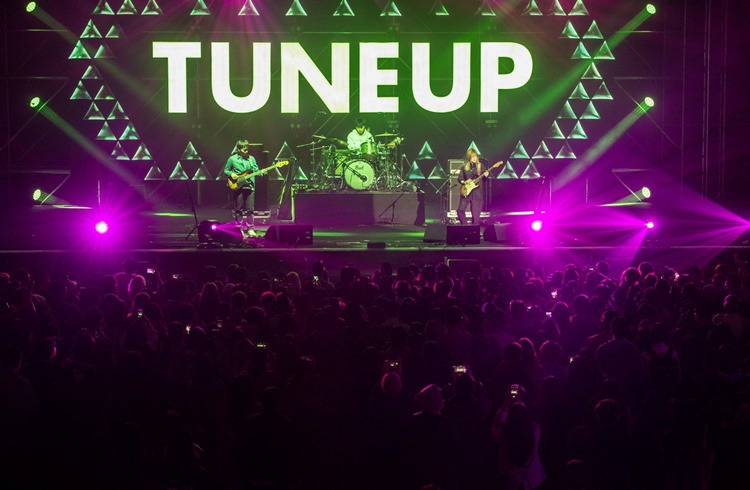 The new musician support program, ‘TUNE UP,’ provides production costs and promotion marketing for new musicians who are selected through online and offline screening, and provides them with an opportunity to participate in the TUNE UP stage set up at domestic and overseas music festivals. Until last year, it selected 135 musicians in 47 teams, including MeloMance, iamnot, ADOY, Car the Garden, Sultan Of The Disco, Rock ‘N Roll Radio and Asian Chairshot, and supported the production of 40 albums. Since 2017, it has been selecting one team of TUNE UP musicians every year, and hosted large performances in concert halls with 1,500 or more seats.

‘STAGE UP’ is a program that selects new performance creators in musicals and plays, and provides creative support funds and expert mentoring. It has supported 54 works of 96 new creators, and it is rated as having stabilized creative musical circles in Korea. A total of 15 works, including the musical that was staged in Japan, 'The Goddess is Watching,' 'Poongwalljoo,' 'Arangga' and 'Pan' were officially performed commercially and advanced into the market.

The movie story-teller training program, ‘STORY UP,’ actually helps new writers enter the film market through links with ‘O’PEN,’ CJ ENM’s new writer support program. In addition to the existing production support fund, 1:1 mentoring from current producers and education support from experts in various fields, it provides creative spaces, such as personal writing rooms and meeting rooms in the CJ ENM O’PEN Center, and supports the scenario pre-imaging work, which can be used in pitching events, etc. in case of excellent works. Last year, it also added support for the production of short films. A total of 123 film scenario writers and directors were supported, and 33 scenarios contracted with production companies, and 5 dramatic films and 7 documentary films were released.

“As young creators realize their dreams, the foundation of pop culture will be enlarged and enriched,” said a CJ Cultural Foundation official. “Based on our experience and competency we gained in the past 10 years, we will affirm the development of cultural talent through continuous investment and support, and build a healthy cultural ecosystem.”

Next
CJ Logistics supports the health examination of Silver workers