South Korea's companies are increasingly hiring foreign workers. A number of foreign workers are working not only in the IT industry but also in various other industries including the areas of food, distribution, and finance. These foreign workers are showcasing their talents by achieving outstanding performances in their respective fields. CJ CheilJedang is also pioneering the global market by recruiting human resources from abroad.

In the meantime, there is one such foreign worker who has been diligently fulfilling his role at CJ CheilJedang for the last few years. The person is Mr. Sumit Das on the Global Strategic Planning Team. Bangladesh-born Das came to work for CJ CheilJedang by chance and soon fell in love with Korean food culture. Let’s hear his story. After graduating from high school in Bangladesh, Das headed to South Korea in 2004 to study. Because Korean electronic products were popular in Bangladesh at the time, he made his way to South Korea with a firm determination to learn engineering in a country that has better technology than his own, albeit without many sources of information.

In 2005, he enrolled in the Electrical Engineering Department of Seoul National University, starting his life in a foreign country juggling study and part-time jobs. Then, in 2010, the year he was supposed to graduate, a big opportunity came fell in his lap. It was a notice for CJ CheilJedang's Global Internship Program. "Through my internship at CJ CheilJedang, I was able to realize that food marketing suits me more than my major.”

The job was perfectly suited to him as Bangladesh and India have similar food cultures. He suggested that the company introduce to the Indian market such things as dumplings, which are, like India’s naan and roti, casually enjoyed but difficult to cook at home, and simple seasonings that were then unavailable in India. He went on to demonstrate his competence after that, and in October of the same year, he joined the company as a full-time worker. 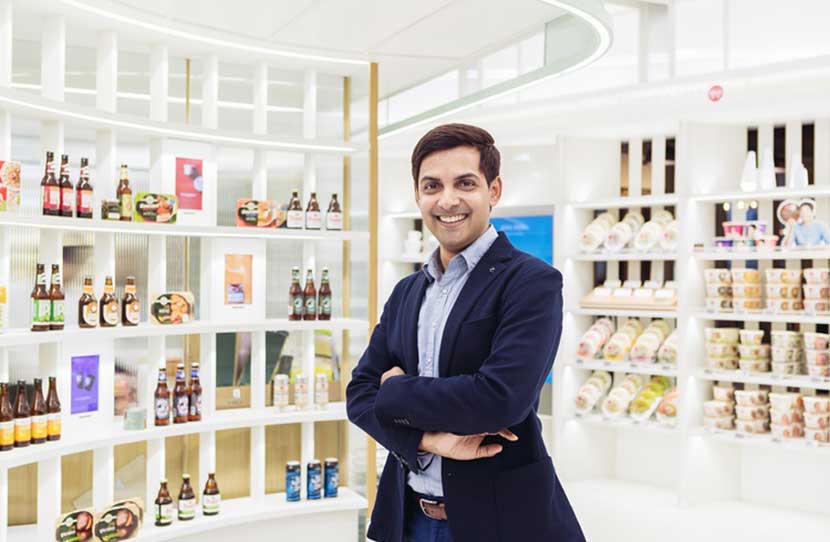 ▲ Handling South Korean marketing was a big challenge for me!

He started working on the Global Food Business Team right after joining the company and then moved to the Global Marketing Team so that he could learn marketing in general. After the team merged with the South Korean Marketing Team, he was tasked with handling South Korean marketing as well, breaking the stereotype that foreign workers are not capable of handling such a job.

The product that he was in charge of at the time was “Sinan Sea Salt”. He personally visited a salt farm on an island in Sinan County and learned about sea salt through watching the salt production process, including salt collection methods. He took a particular focus on salt, to an extent that he even visited the Hallstatt Salt Mine in Austria and tasted the salt there.

"As I learned about sea salt, I found out that sea salt is the best for making Korean soy sauce because of its high mineral content, which surpasses that of general salt.”

Through cooperation with the staff at CJ CheilJedang’s Food Research Center, he realized study findings that showed that sea salt is better for making Korean soy sauce than general salt, and based on them, he launched a campaign for expanding the use of such salt.

Since then, CJ CheilJedang’s Sinan Sea Salt has become No.1 in the South Korea salt market. That was a feat he achieved four years after his joining the company. In addition, he was also in charge of DASIDA’s launches into overseas markets when he was working on the Global Marketing Team, and he even sought to enter major markets such as Japan and the Philippines. He had to adapt to CJ CheilJedang's corporate culture before he showed such excellent performance. Despite not eating beef because of being a Hindu, Das was not absent at a company get-together held at a beef restaurant.

He stayed throughout the event eating kimchi with soju, and strengthened his camaraderie with his team members while speaking fluent Korean. Although the occasion could have been taxing for him, he still joined the others at the get-together because he is well aware of Korean corporate culture where people love to hang out together. Thanks to such efforts, he was able to earn promotion after promotion at CJ CheilJedang, building strong teamwork with his colleagues.

Even though he was able to communicate smoothly right after joining the company thanks to his Korean skills which he had acquired through hard work at university, what really troubled him was checking emails and writing reports. Because Korean isn’t his native language, it took him more time to learn those tasks. He became completely bewildered whenever he occasionally encountered Chinese letters.

But he did not give up. Thinking that he should put in more time and effort to be recognized as equal to Korean employees, he did not neglect studying Korean as well as other work-related matters. As a result of such efforts, he now doesn’t have much difficulty in writing minutes or drafts.

- He dreams of promoting Korean food culture in Southwest Asia 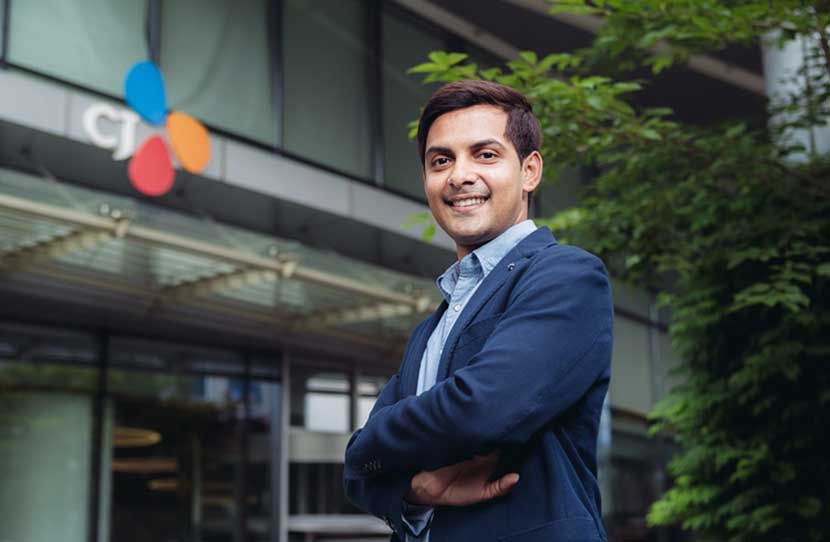 ▲ I want to spread Korean food culture throughout Southwest Asia!

It has already been 14 years since Das came to Korea. Claiming to prefer Korean-style miso soup made with soybean paste, onions, tofu, and peppers to Bangladeshi food, he was naturalized as a Korean citizen in 2014.

One of the reasons that he has been able to work for the company for such a long time as a proud Korean is due to his colleagues who are fulfilling their roles in their respective value chains. He receives a lot of help from them at work, and after work, he socializes with them by drinking together. Another reason is that he has a dream that he aims to realize here in South Korea.

"Someday, I want to go beyond India and South Asia and introduce Korean food culture to Southwest Asia!"

He wants to spread Korean food to more countries around the world. Saying that he was able to understand why Korean people enjoy fermented foods by learning about Korea’s culture and history after being impressed with kimchi, he wants to spread not only Korean food but also the culture that led Korean people to make and eat the food. With confidence, he plans to embark upon establishing detailed global mid- to long-term plans for Southeast Asia focusing on Thailand.

Das says that language is the most important thing in global business operations. Because you can deeply understand a country’s culture only when you know the country’s language. From his words, we could sense the know-how of a person who came to South Korea without much knowledge and has experienced and learned the culture by talking with a lot of people. Knowing that, we look forward to the achievements he will make around the globe in the future.

Next
From sponsoring players to attracting THE CJ CUP! We met up with Yoo-sang Kim

Previous
The Real Story of a ‘Home Shopping Host’ by Veteran with 22 Years of Experience.