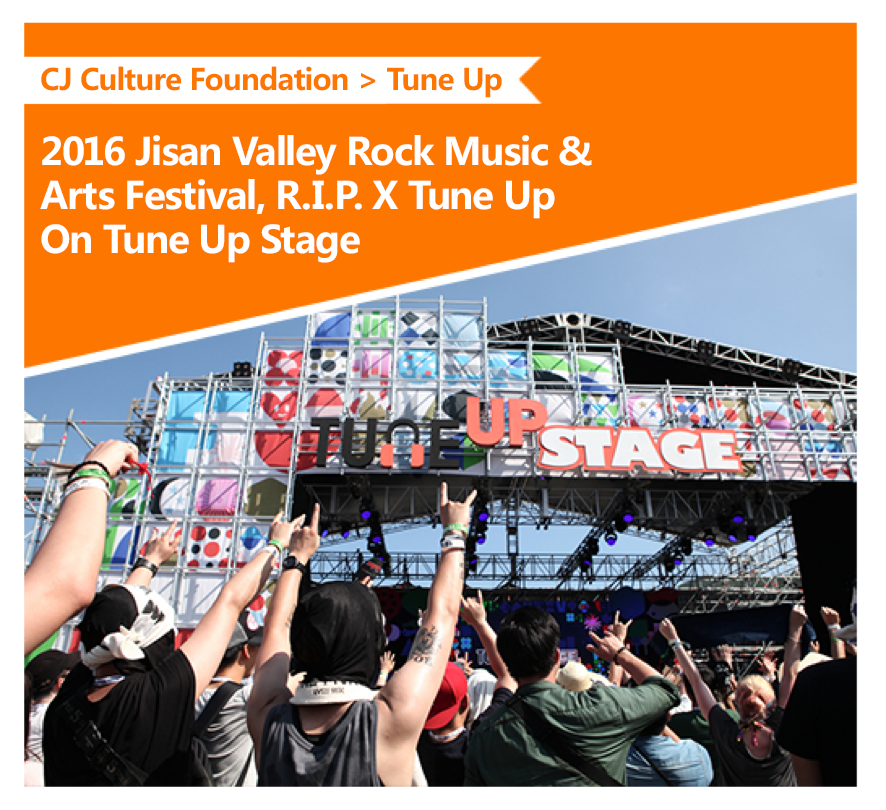 The 2016 Jisan Valley Rock Music & Arts Festival has successfully come to an end. The venue was full of heat, passion and music. Among those who made such a memorable experience on stage were musicians from Tune Up by CJ Culture Foundation. This year's concept of Tune Up Stage was "R.I.P. Brothers - Sing for My Idol". R.I.P. Brothers stands for "Rest In Peace Brothers". This is a tribute to some musicians who passed away last year and this year. Tune Up musicians added songs of musicians they respected in their set list as a form of tribute. Tune Up Stage became so lively out of respect for the musicians and the excited audience. Let's take a look at the show now. 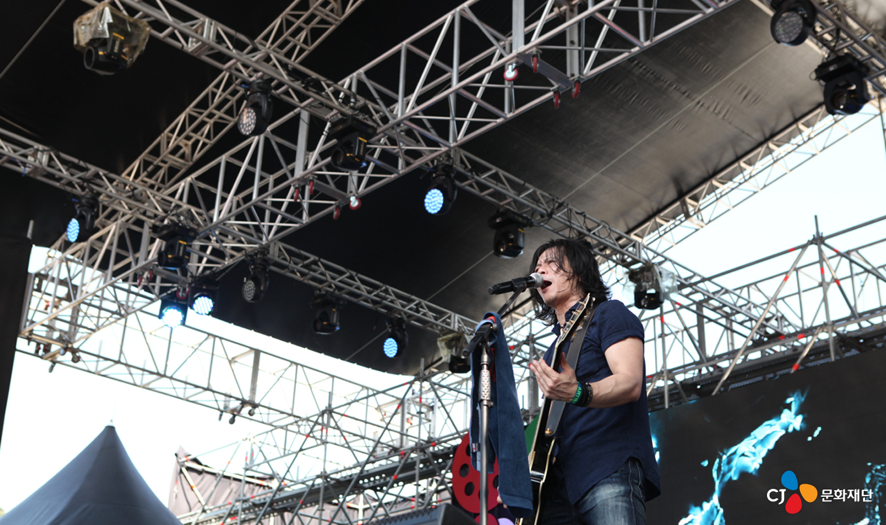 It was really an exciting stage especially when the audience was in harmony with Lemmy Kilmister. Rock N Roll!!" - Lee Seong-Soo, vocals and guitar of Harry Big Button

Harry Big Button sang a medley of three Motorhead songs. It was a more enthusiastic performance thanks to so many rock n' roll fans being there. The charisma of Harry Big Button seemed to beat the heat felt by the audience. They are truly one of the great post-hard rock bands of Korea. The music of Earth, Wild & Fire, a legendary soul pop band, was resurrected by the Nam Meari Band and Hoochus. The band Nam Meari from the 15th Tune Up performed a jazz version of a song by Maurice White, leader and vocals of Earth, Wind & Fire. 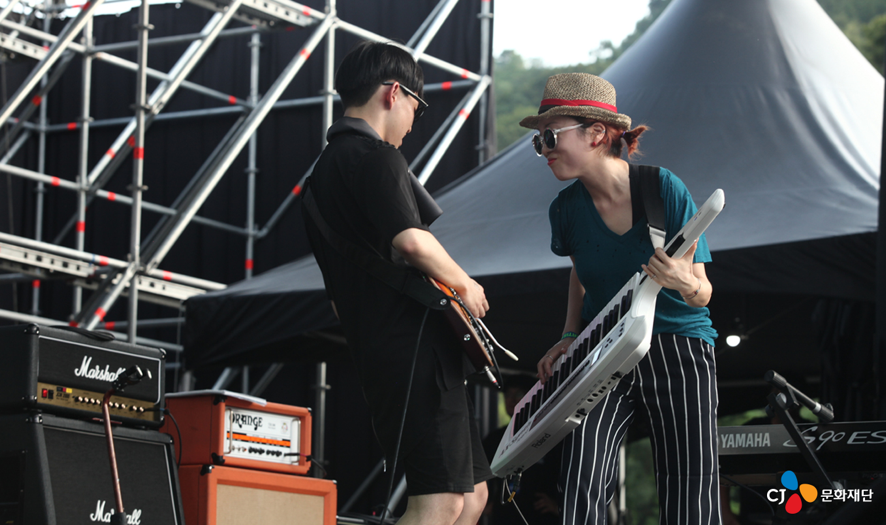 Their jazzy melody made the audience break into a slow groove while enjoying the performance. They started out with calm jazz music but surprised everyone in the later part of their performance when they showed off a more 'rocking' style. They perfectly overwhelmed the crowd with their music. 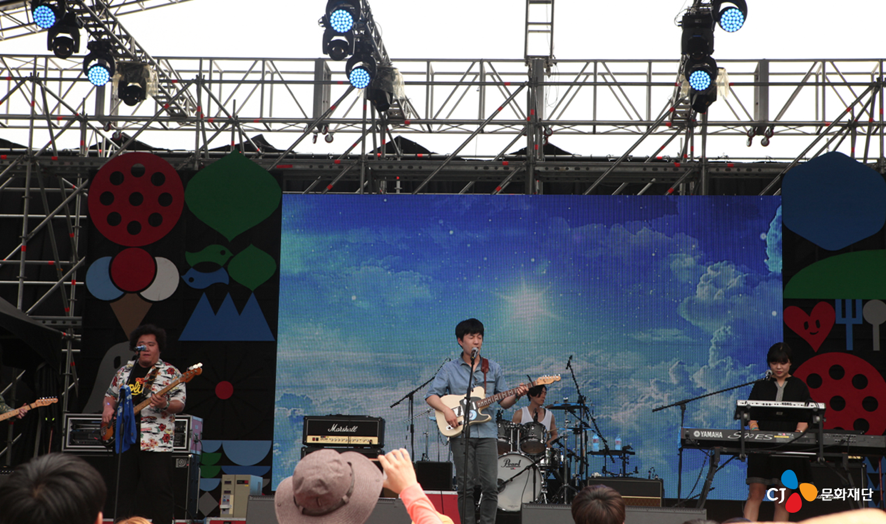 "It's been a long time since I experienced such an exciting stage. I was worried about the hot weather but I guess we successfully converted it into extraordinary energy." - Hoochus 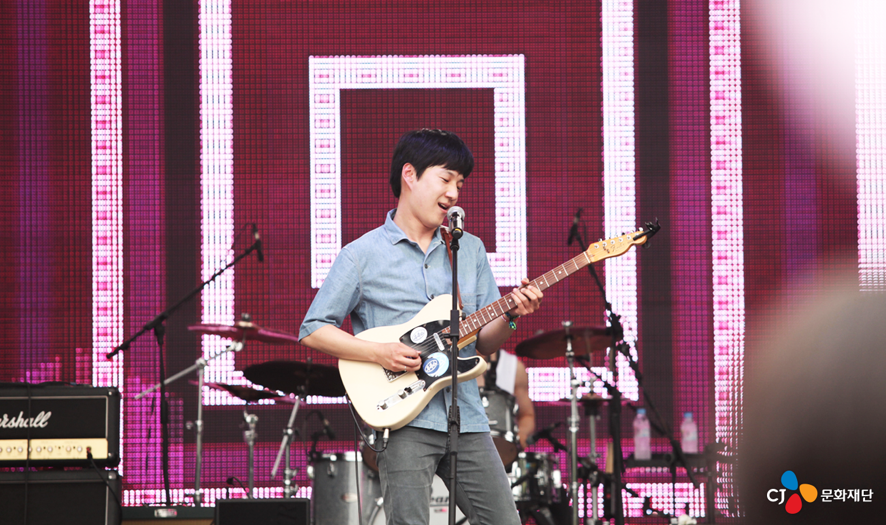 "Ba de ya~". Following Nam Meari, Hoochus also fired up the Tune Up Stage with Earth, Wind & Fire's other masterpiece "September". It is a great song; just listening to the melody of the song will make your body want to move into a groovy rhythm. This song was re-interpreted into a funky style by Hoochus from the 13th Tune Up. Audience members of all ages sang along with the band, cherishing the memory of the late Maurice White. This really proves the saying "The stage is made together with the audience". "It was special and an honor that we could present the music of Natalie Cole in the 'Echae en Route' style." - Echae en Route 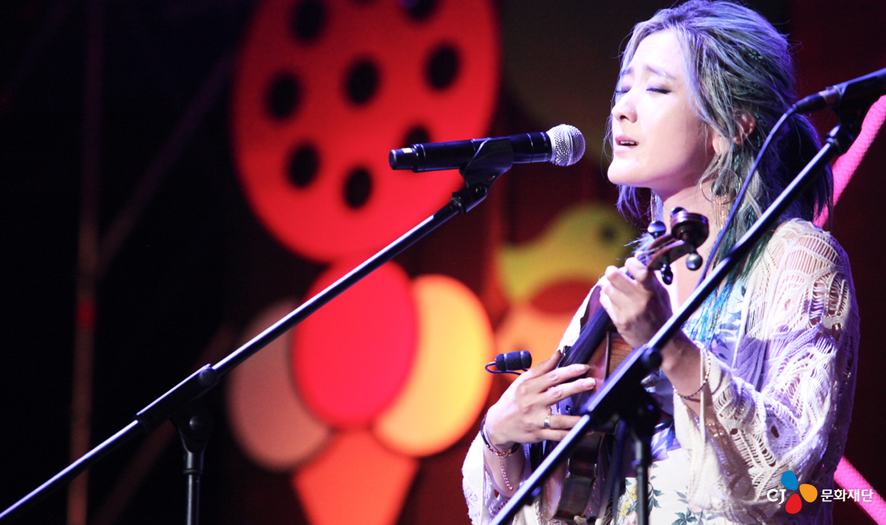 The song by Echae en Route from the 16th Tune Up was dedicated to Natalie Cole, who was loved by many with her sweet voice. Her hit song "Say You Love Me" was re-created by the team's vintage style performance and Kang Echae's charismatic voice. Amid the hot night, it was definitely a healing time with wonderful melodies and the unique deamlike mood of Echae en Route. 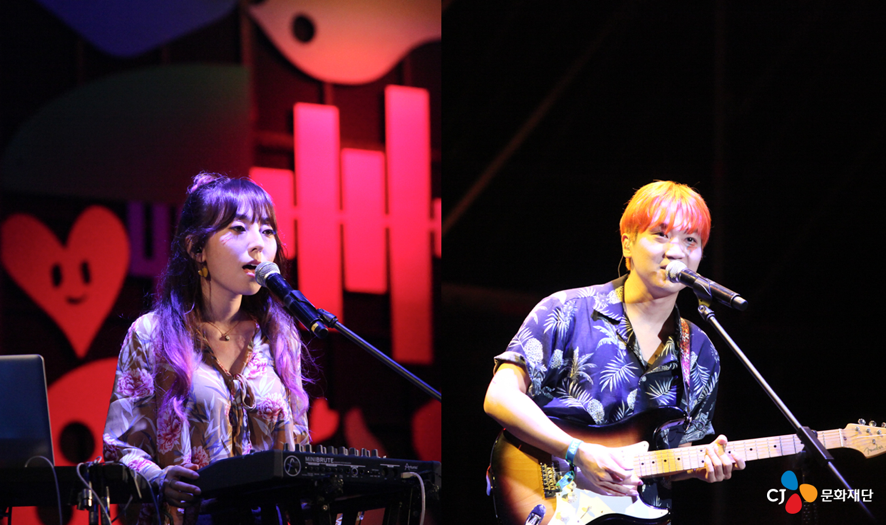 "I was happier on the stage than at any other time as I was with the music of my idol David Bowie." - Park So-Yu 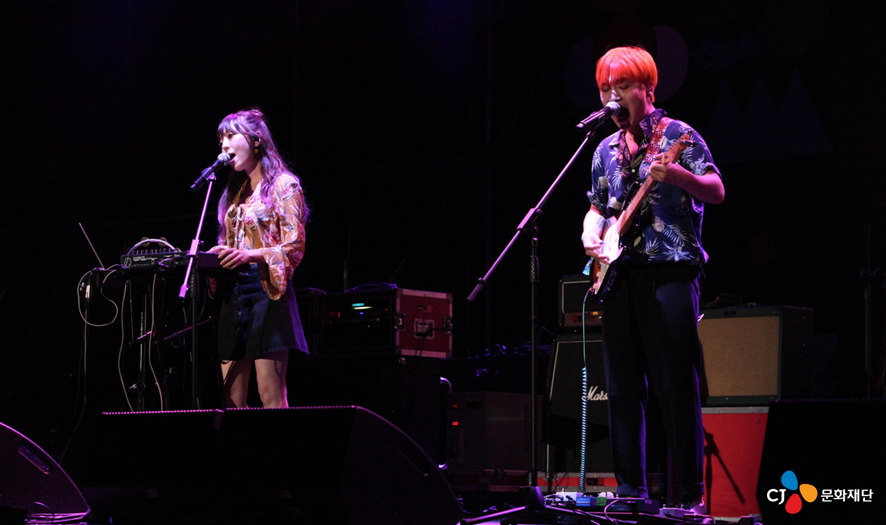 Park So-Yu from the 4th Tune Up and 'emotional musician' Hugh Kiece brought the music of David Bowie, a pioneer of glam rock, to the stage. The two singer-songwriters created a new cover of David Bowie's hit songs "Fame" and "Starman" with their own flavor. Park So-Yu expressed her respect to David Bowie in her interview prior to the festival by saying "In all of my best moments, I could always find David Bowie's music." Her respect paid to David Bowie made the stage even more special. 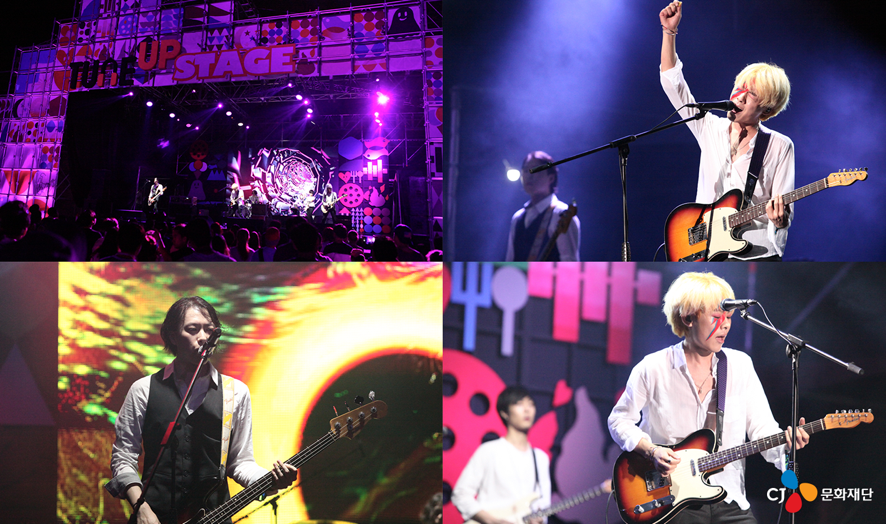 24 Hours from the 8th Tune Up also got involved by playing David Bowie's music. On the stage, Lee Seung-Jin, vocalist of the team, appeared with a lightning bolt painted across his face, which was reminiscent of David Bowie. They proved their rock spirit with a passionate stage performance although it was beginning to get quite late. They also showcased their new song "Get it on". The powerful danceable sounds of the song worked the audience up. "It was so great that we were able to connect with the audience through our performance." - Blue Turtle Land 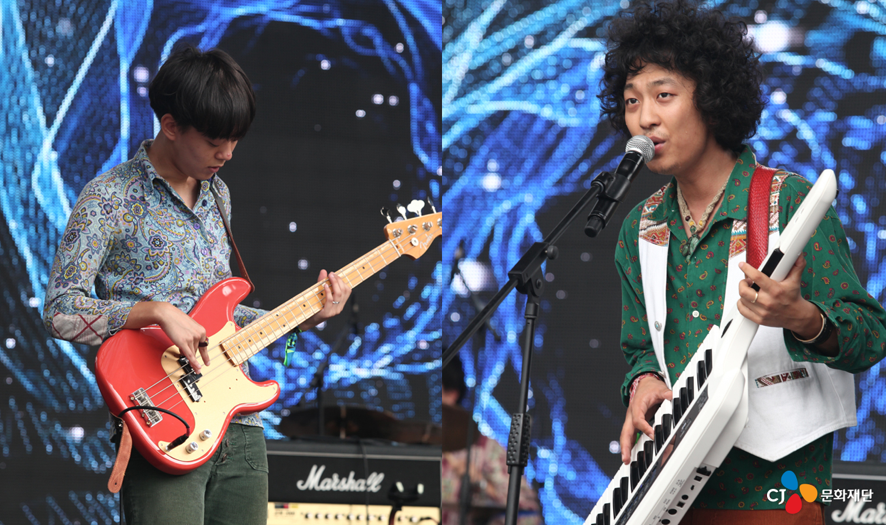 Blue Turtle Land from the 16th Tune Up sang the music of B.B. King, the famed blues singer and guitarist. The band also performed a cover of Jimi Hendrix’, a legendary guitarist. The performance pleased the eyes and ears of the audience with their vintage makeup and performance. Do you remember the unique relaxed and soulful mood of B.B. King's live performance? The combination of this mood and the passionate performance of Blue Turtle Land made the concept of "R.I.P. Brothers: Sing for My Idol" even more fantastic. 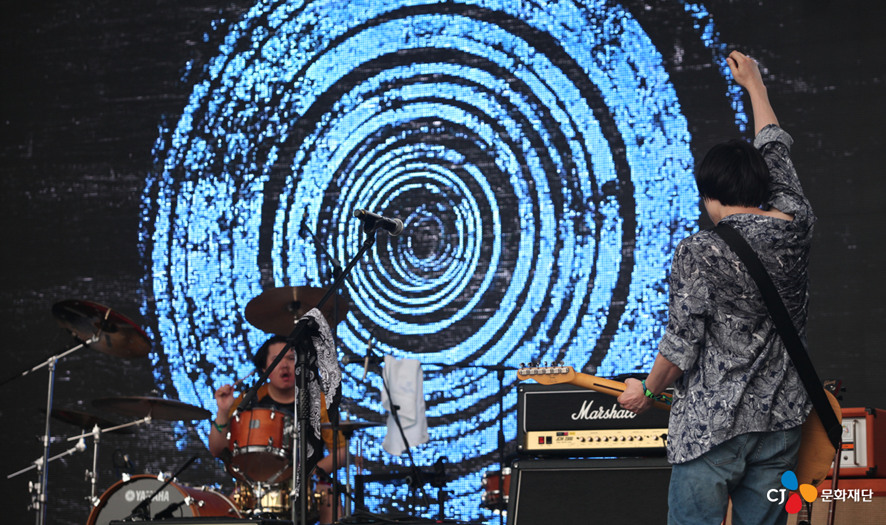 Nametag from the 16th Tune Up created a vibrant stage that lived up to the rock festival’s reputation. The alternative rock band sang "Let's Go Crazy" by Prince. Nametag, losing itself in the music while headbanging, made the stage harmonize the audience and the musicians into one. 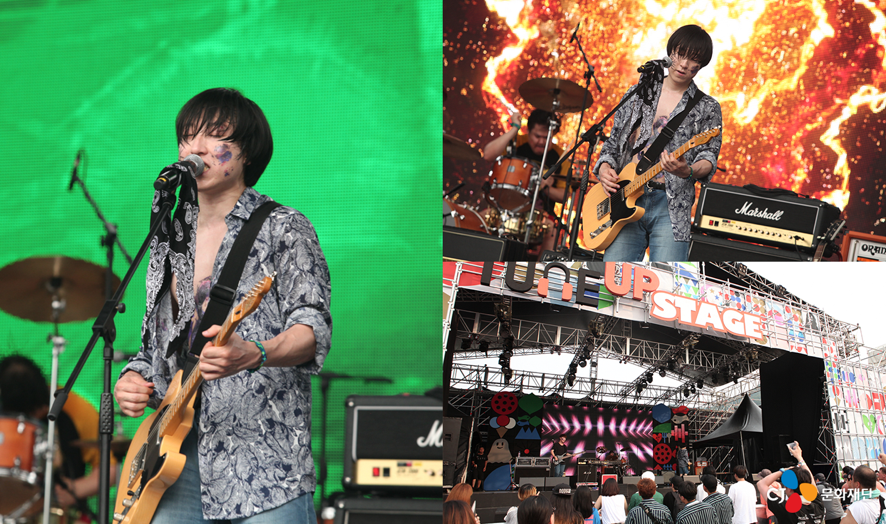 Kim In-Su from Crying Nut appeared in the middle of the performance, adding to the frenzy. He presented the hottest performance of the festival. The audience never let up shouting "encore" after the performance. 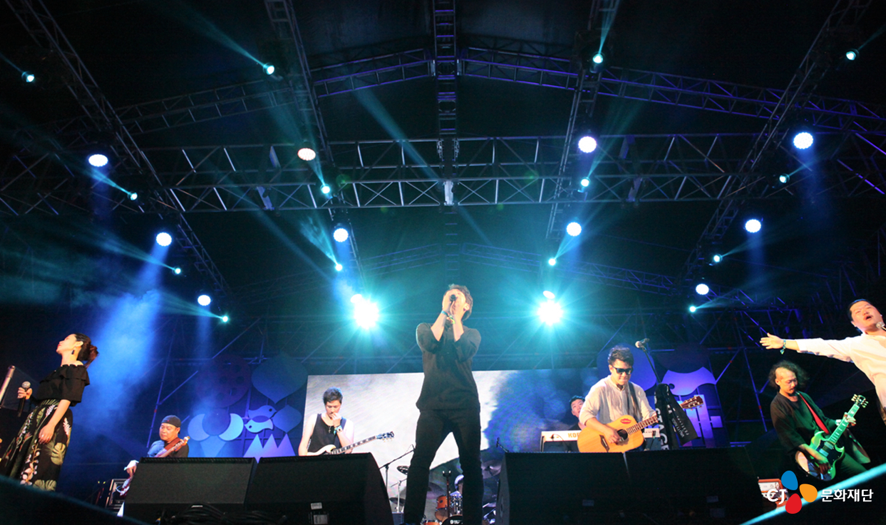 “It's been a long time since we performed only the songs we used to listen to in our childhood. That made us very excited and we loved this whole experience." - Ryu Jeong-Heon, guitarist of CoreMagazine 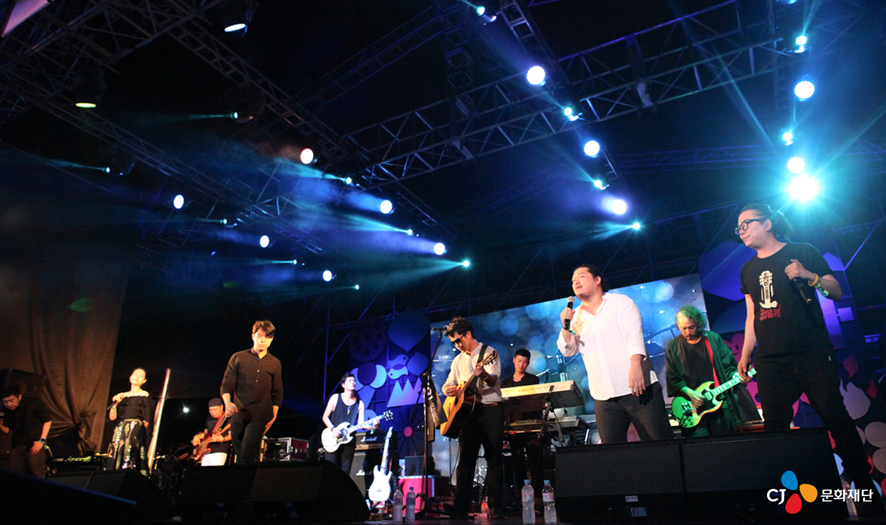 It's time for Tune Up Superband, which you can see only on the Tune Up Stage. A total of 12 musicians from 7 Tune Up teams formed the Superband. They include: Mahogany King (the 2nd Tune Up), Number Nine (the 6th), Asian Chairshot (the 9th), CoreMagazine (the 11th), Nam Meari (the 15th) and ABTB and Nametag (the 16th). They presented a stage performance dedicated to the musicians they have yearned for since their childhood, including Prince and Shin Hae-Chul.

"I was recently performing my military service so this was my first stage performance in the last three and a half years. And I really enjoyed it thanks to the explosive response from the audience." - Kim Han-Seong, vocalist of Number Nine. 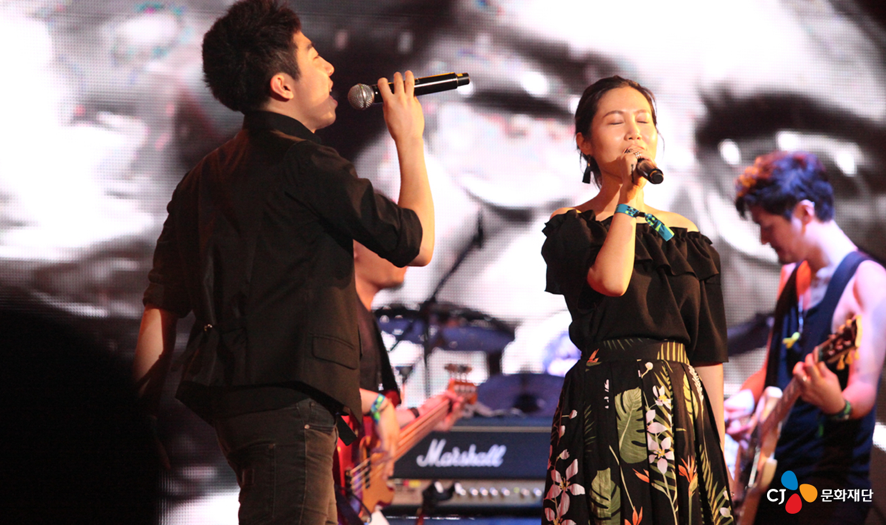 The performance of the Tune Up Superband was literally 'explosive'. While listening to familiar songs such as "Hey, Jude" and "To You", the audience began to lose themselves in their old memories. The audience felt liberated by the music, compelling them to form a human train or spray water. Kim Han-Seong from Number Nine and Mahogany King, who assumed the main vocals, met with the audience through the Tune Up Superband. Enthralled by the vibrant response from the audience, Ryu Jeong-Heon, guitarist of CoreMagazine performed right in front of the audience. That was truly a moment that only Tune Up Superband could make happen. Three days of Tune Up Stage at 2016 Jisan Valley Rock Music & Arts Festival! How was it? We were able to be reunited with the late musicians we loved through the Tune Up musicians. The stage was graced by lovers of music, making it even more brilliant. I look forward to seeing you again on an even more exciting Tune Up Stage next year. See ya!