Kinky Boots co-produced by CJ E&M is a smash-hit musical directed by Jerry Mitchell with music and lyrics by Cyndi Lauper. The musical’s debut has really captured the attention of the public.

The show, which premiered in 2013, is recognized for its high quality, having swept up a raft of major awards, such as Tony Awards and Olivier Awards that same year. Only a year and a half after its Broadway debut, Kinky Boots first landed in many countries, setting a record for more than 100,000 views in total.

▲ The musical Kinky Boots is coming back to Seoul in 2016!

Based on a true story, Kinky Boots tells the story of Charlie, who inherited his father's nearly bankrupt shoe factory in the 1980s. How can Charlie save his family business?

He finds a solution from Lola, a beautiful man he meets by chance. Can Charlie, Lola and a passionate factory worker Lauren make a miracle of long red Kinky Boots?

Who will be the hero with red Kinky Boots on stage?

Kinky Boots returns to Korea for a second run from Sept. 2 to Nov. 13 at Blue Square Samsung Electronics Hall with even sexier and more passionate performances!

Not only the three actors from the Korean premier, including Kang Hong-Seok who has risen as a star, Ko Chang-Seok and Shim Jae-Hyun who both left powerful impressions, but also audiences’ beloved Angels (the ensemble performers) will appear on stage with a new noticeable line-up for the 2016 show. 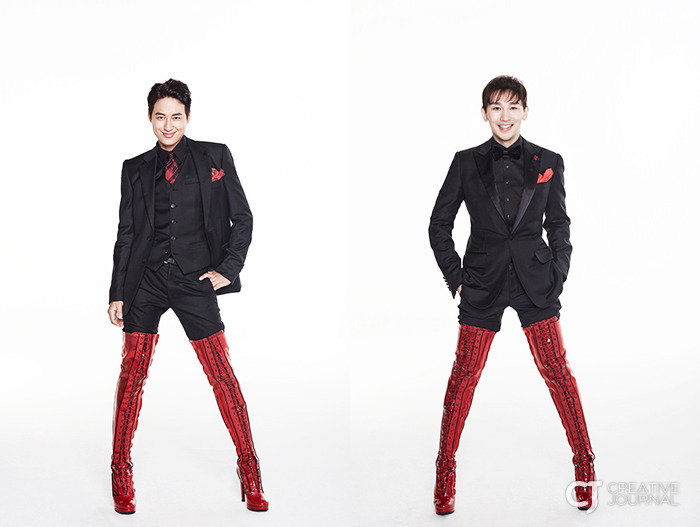 Actor Lee Jee-Hoon and Kim Ho-Young play the role of Charlie, who struggles to save the shoe factory.

Having made his debut as a teen idol singer, Lee Jee-Hoon is expected to deliver a good performance as he is now an actor with a varied career in both original and licensed plays performed in various theater sizes. He will assimilate Charlie’s character and let audiences listen to his smooth voice, which suits the character’s musical numbers that are mainly composed of high notes.

Kim Ho-Young will subvert audience expectations and give the best performance closely akin to Charlie, who challenges for achieving success. The audience is looking forward to hearing his singing given that he captivated foreign production staffs’ hearts with his appealing voice in the tough auditions. To play the role of Lola, a beautiful and energetic man who goes against prejudice and oppression, actor Jung Sung-Hwa and Kang Hong-Seok have been cast.

Jung Sung-Hwa is known as ‘a pillar of strength’ in the musical industry in Korea for his perfect performances in every show in which he has appeared. Jung is now concentrating on the role of Lola through extensive research, such as visiting Broadway twice to catch the original Kinky Boots.

For this reason and more, audiences are looking forward to enjoying the performance of Jung, who will play all over the stage with killer heel boots and the emotional pop songs of Cyndi Lauper.

In the 2015 premier, Kang Hong-Seok won high praise from foreign producers for expressing Lola’s wounded heart brought on by the vicissitudes of fate, as well as for his heartfelt portrayal and appealing voice. Little surprise then that Kang won the Best Actor at The Musical Awards for Kinky Boots.

With his relaxed attitude and charm, Kang is excited about appearing in the show, a turning point of his life, and will play on stage to communicate with the audience. The role of Lauren, a smart girl who helps Charlie to save a factory, is played by Kim Ji-Woo. Kim is recognized as one of the best actresses for her singing ability, perfect acting and thorough dedication to her craft.

Kim starred in the TV show “Immortal Songs”, showing off her great singing ability. Her portrayal of Lauren is expected to wow audiences with her determined personality. ▲ Time to be attracted by a ‘real man’ Don: Ko Chang-Seok

For Don, a real man and a natural enemy of Lola, Ko Chang-Seok and Shim Jae-Hyun take on the role.

They have already given us laughs and enjoyment at the musical’s debut in Korea, by showing the tough guy character’s own charm. This time, audiences are looking forward to finding out how Ko and Shim will look in their killer heal boots. ▲ The Angels’ fantastic performances: a remarkable point of 2016 Kinky Boots!

In addition, the actress Shin Wui-Jung plays the role of Charlie’s girlfriend Nicola, and actors Kim Jun-Rae, Woo Ji-Won, Kwon Yong-kook, Song Yoo-Taek, Han Sun-Chun and Park Jin-Sang are cast as Angels that will show great performances with Lola. As the idol stars of Kinky Boots, Angels are highly expected to provide brilliant attraction to add to the onstage energy.

Your most “kinky” moment, just feel it now! 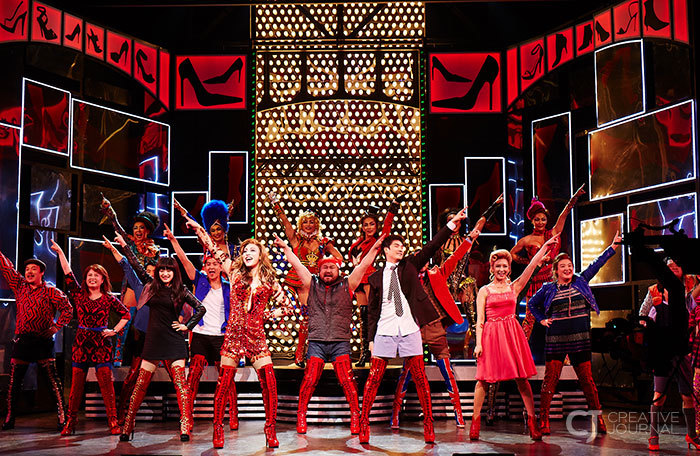 When tickets first became available, demand for Kinky Boots was so strong that the show ranked first in advance ticket sales nationwide.

To celebrate its ticket launch, a special event was held in which 2016 copies of limited edition red envelopes containing the smallest size of mini poster and photo frame were presented to people so as to record their kinky moments in photos. ▲ Red envelope, a surprise gift of the ticket launch!

The show, charmingly produced, will captivate audiences’ hearts and minds. Night time ticket sales will open at 8 p.m. on July 18 for students or company workers who cannot buy tickets in the daytime, so that people can reserve the seat they want or the date their favorite actors appear. Given that the first tranche of tickets has already sold out, it is likely that people will be in a rush to get their hands on the batch of night time ticket sales. To be in with a chance of watching Kinky Boots, you have to get ready for
the next release of tickets!

Powerful pop music that makes our heart leap with sounds like our heartbeat! With a slogan of “Everybody Say Yeah!”, let’s feel the attraction of the hit Broadway musical Kinky Boots!

Next
Love in the Twenties! CJ E&M “White Paper on Love