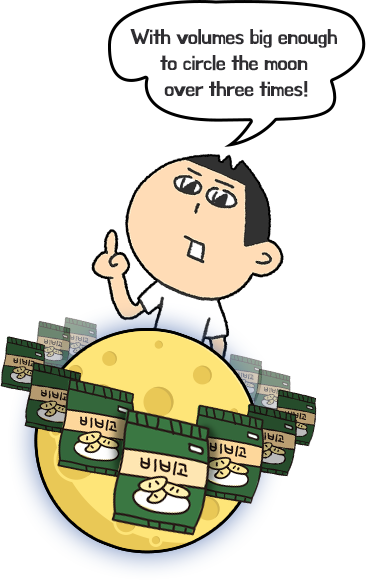 bibigo mandu have grown
into a powerhouse

The popularity of bibigo mandu is truly amazing.
In the United States, bibigo mandu have claimed the No.1 spot,
edging out Chinese brands which have dominated the country's
dumpling market for the past 25 years. In Vietnam, bibigo mandu
have joined the ranks of the country's national dumplings and
now stand shoulder to shoulder with dim sum and spring rolls,
the latter of which are a type of dumpling native to Vietnam.

As such, bibigo mandu have grown into a key player in the
global K-Food industry, and their international success is
attributable to three factors, the thin skin characteristic of
Korean dumplings, fillings made using healthy ingredients,
and bibigo's expansive localization strategy.

Now, let's take a close look at the widely embraced
Korean dumplings as well as other popular forms of Korean food.

bibigo has become a brand that
best represents Korean food

bibigo has grown into a global Korean food brand that is inducing a new lifestyle
by incorporating the values sought by people of today with the tradition of Korean food.

Dumplings are not the only food bibigo is known for, as bibigo covers a
wide range of Korean food by offering convenience food products such
as kimchi, rice, soup, stew, porridge, and noodles, and in markets overseas,
bibigo localizes Korean food to suit the taste of local consumers and
local food culture, spreading the genuine taste and style of Korea across the
globe with widely embraced products. 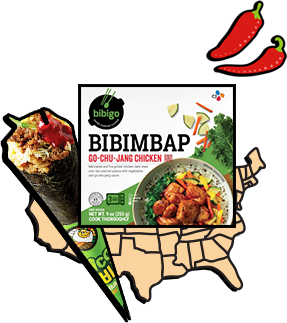 Particularly popular in the U.S. market is a “bibimbap” product that
can be conveniently cooked in a microwave.
And that's why bibigo presented bibi-cone as a signature menu offering that can be
easily enjoyed by people on the move at the major PGA events it sponsored such as
the Northern Trust, the Genesis Open, and the Players Championship, with
the aim of further spreading Korean food across the U.S. 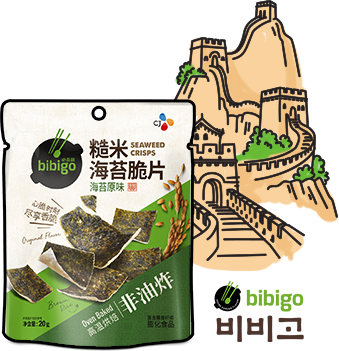 In China, drawing on the fact that Chinese people enjoy seaweed as a snack,
bibigo launched a localized product made by adding locally favored ingredients
such as wasabi, tomatoes, and peanuts to South Korea's bibigo “Gim Snack”,
and the product is being received very well by locals. 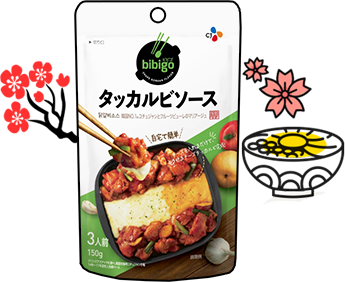 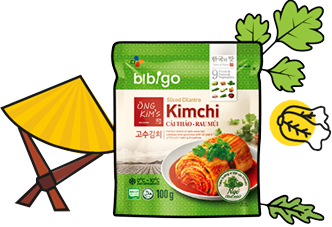 In Vietnam, as well as Korean dumplings which have risen to prominence alongside
Vietnam's national dumplings, bibigo “Cilantro Kimchi”, which contains cilantro, a herb
widely enjoyed in Southeast Asia, has also become popular. The interesting thing is
that the kimchi product, made and produced locally in Vietnam, even gets exported
to other parts of the world, primarily to Europe, where the flavor of cilantro is
much more cherished. Amazing!

Adding a sense of delicious appeal to
dining tables around the world!

Like a locomotive, Korean food is chugging along with its sights
set on reaching every corner of the world.
And at the center of all this is bibigo, which has affirmed itself as an iconic Korean food brand.
bibigo, which stood out from the very beginning of this trend, committedly
endeavored to spread the culture and taste of Korean food and, as a result,
has successfully established itself in overseas markets.

Like this, when Korean food meets a new culture and foreign food meets us,
we can engage and find common synergy with another culture through taste.
And that may be the reason why we cannot wait to see how the infinite potential
of Korean food will manifest in the future.
We look forward to the future of Korean food and of bibigo, which is spreading farther
and wider around the world with its increasingly diverse Korean food products.