11 boys who became
the ‘Wanna One’ of Asia 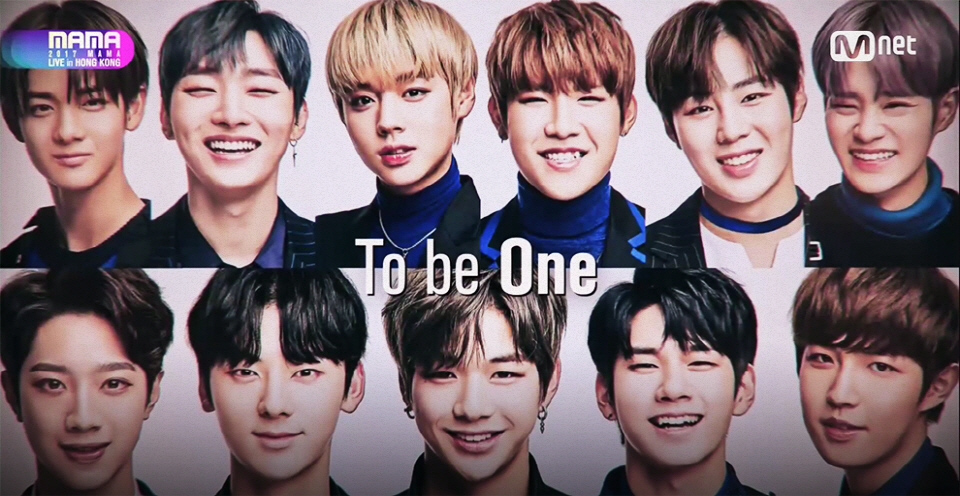 Wanna One engages K-Culture fans around the world
on the dream stage ‘2017 MAMA’!
They recall MAMA as they experienced it, and share some moving moments.

Congratulations! You won three prizes at ‘2017 MAMA’: the Best of Next award, the Best Male Rookie award and the Male Group of the Year award.

We are truly grateful that we received such great awards only 5 months after our debut. The Rookie award is all the more meaningful because we are only able to receive this award once in a lifetime. As for the Male Group of the Year award, we felt it was a great honor to be nominated along with other great musicians we have a lot of respect for. As we never expected to receive this award, we weren’t nervous at all. When our name was called, all of us were surprised. We will never forget it. Without the love of our fans, it would have been impossible. On the dream stage of '2017 MAMA,' we received an immense and valuable outpouring of kindness. Like the name Best of Next award suggests, Wanna One will shine brighter next year.

Wanna One is the first and only band to appear on stage in all three regions of MAMA (Vietnam, Japan and Hong Kong). How do you feel about becoming ‘Wanna One of Asia’ beyond ‘Wanna One of Korea’?

We are really grateful just for being on the MAMA stage as rookies, and it was a great honor for us to be on stage in all three countries. We worked hard for the fans who came to see Wanna One. We hope that our efforts paid off.

“MAMA is the dream stage for all musicians.” 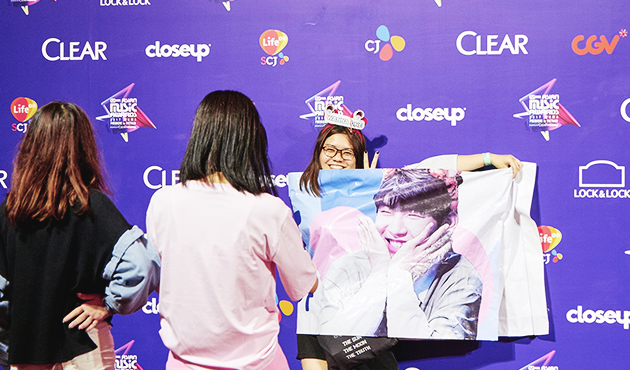 You watched MAMA on TV as viewers and trainees, but this year, you participated in it as musicians.

Only a year ago, we watched MAMA on TV, and we cannot believe that we are now on that stage in person. MAMA is the dream stage for aspiring singers. When we were trainees, we imagined how amazing it would be to be on stage while watching MAMA. We never knew that our dream would come true so fast. We were bewildered even when we were here on the MAMA stage. Seeing MAMA in person, it was more exciting than it seemed on the TV screen. We were so excited that we took many pictures on the performance days. It was a fun and special experience that will remain in our memory for a long time.

The collaboration between Hwang Min-Hyeon and BoA on the MAMA stage in Japan attracted the attention of the public. It was a wonderful performance that materialized the promise with BoA at the end of ‘Produce 101 Season 2.’ You promised that “we will realize the dream of becoming singers and perform on the same stage with BoA.”

We said on ‘Produce 101 Season 2’ that we want to be on the same stage with BoA. We are glad that we realized that dream at ‘2017 MAMA.’ In fact, we were totally nervous until we came on stage. She is such a great artist and has such a strong image as the representative of the nation's producers on ‘Produce 101 Season 2’ that she was not easy to approach. Until the rehearsal before the main performance, we were worried as she told us that our anxiety was notice-able in our dance routine. Fortunately, it seemed that we performed well on the main stage without any mistake. Her advice really helped out. 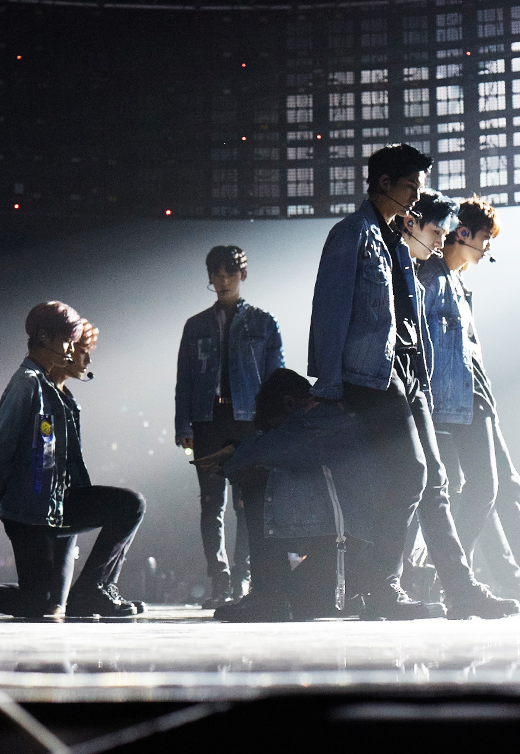 “When we were trainees, we imagined
how amazing it would be to be on the stage
while watching MAMA on TV.
We will never forget all the moments
we had at 2017 MAMA.” 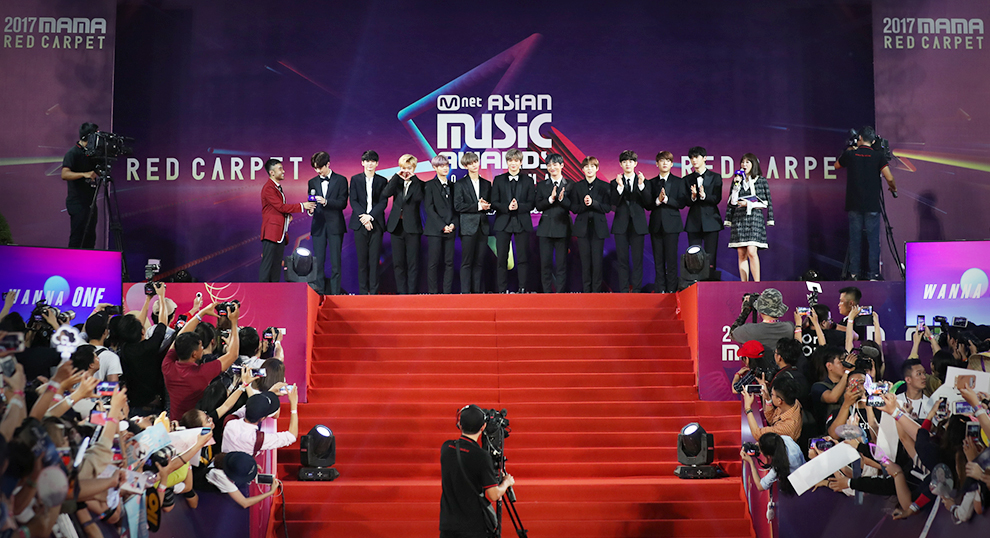 Less than 1 year after you began to perform as Wanna One, you became Asian idols, not just Korean. You are now breaking all records. How do you feel about all this attention?

Actually, it’s a bit overwhelming. The time we spent until we became Wanna One, and the time we spend as Wanna One is so precious to us. We debuted through ‘Produce 101 Season 2’ of Mnet, and in the process, we became loved so much that we can never forget it. At ‘2017 MAMA,’ we were glad and grateful that we performed for all the music fans around the world who love K-Pop. We want to thank our parents and the Wannable for what they did to make us what we are today. 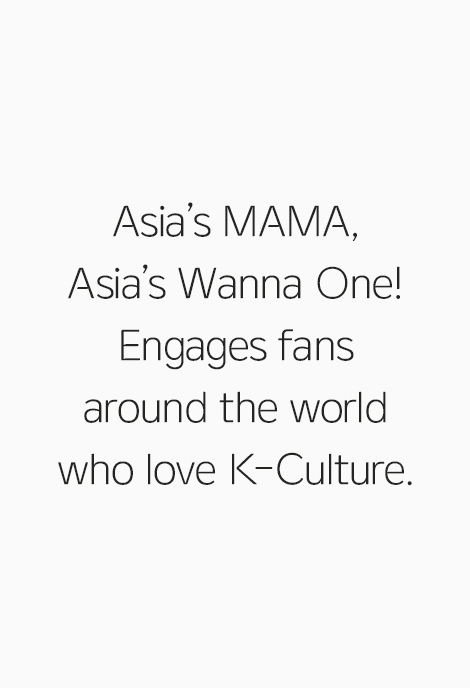 It’s December. How do you want to close out the year? Do you have any year-end plans or a New Year’s wish?

The year 2017 was very special to us. We debuted thanks to the love of nation's producers, and received the Rookie award on MAMA stages in three countries. At the end of the year, we are going to meet our fans through award cere-monies and fan meetings. We will return the love they showed us with putting out better performances in the new year. ‘2017 MAMA’ is a global music festival that unites the world as one through K-Pop.

We realized another dream at 2017 MAMA.
Please also remember to look forward to Wanna One in 2018.