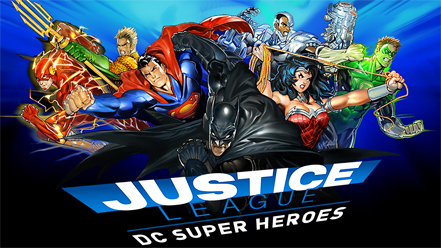 Today DC Comics’ super heroes finally come to get in our hands.

In celebration of the global launch of Justice League, Netmarble plans to sell the product 40 percent off the price for seven days until Sep. 7. During the discount period, the users may enjoy the game at the discounted price of 3,000 won (otherwise the price will be 5,000 won) or at 2.99 dollars (otherwise 4.99 dollars) through the domestic Tstore or Apple’s app store respectively.

Netmarble said, “We launched the new game service from 00:00 in 63 countries, beginning with the country’s Tstore, the , , and . The launch of Justice League is being met with applause among the big fans of DC Comics.”

“Justice League” is developed as action RPG allowing users to develop characters by using skills typical of super heroes such as Superman, Batman, Wonder Woman, Green Lantern and Flash and has a license to selling in 63 countries. In addition, the new game story is being produced in the form of film, raising the anticipation of the new game. In particular, each hero has 12 skills upgraded to exercise saber-rattling and characteristically may get help from a total of 30 strong men through support card system, drawing increasing interest among users.