Studio Dragon (CEOs: Kim Young-kyu and Kim Jey-hyun), a premium storytelling group, is set to be a far-reaching positive influencer by operating based on an ESG philosophy that will allow the company to leverage its own industrial characteristics and strengths.

These days, environment, social and governance (ESG), which represents non-financial factors that are critical for business operation, is much talked about. With the rising importance of social responsibility for businesses and investors for sustainable development, Studio Dragon is working to keep up with such a change.

As the first of its kind in Korea to successfully adopt a studio model, the company also plays a leadership role in ESG-focused operation. In line with CJ ENM’s ESG philosophy, Studio Dragon has adopted a 3H Model (Healthy Planet, Happy People and Hopeful Business) that reflects the studio’s unique traits. The studio will continue to operate in a productive way so that it can have a positive influence that only content can generate.

See below for what the company did as part of its ESG activities under the 3H model between the latter half of 2021 and the first half of 2022.

▶ The open film set in Mungyeong, Gyeongsangbuk-do where the drama Alchemy of Souls was photographed was previously a garbage dump. However, it now serves as a tourist destination as well. 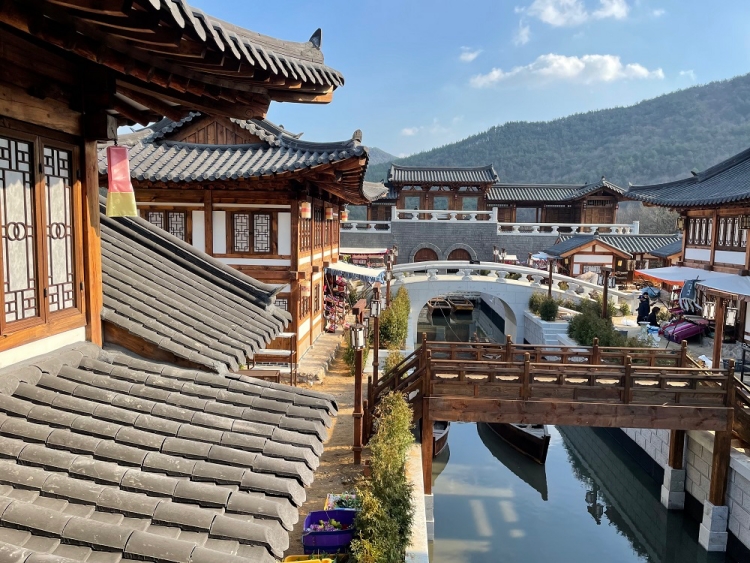 (Photo courtesy of the City of Mungyeong)

Last year, Studio Dragon entered into an agreement with the City of Mungyeong to turn a long-abandoned garbage dump in its jurisdiction (Hanae-ri) into an open film set. The site, which once had over 50,000 tons of years-old trash, was transformed to host an open film set for the drama Alchemy of Souls. What was once an issue for the region now serves as a film set and a potential tourist destination. In close cooperation with the city, Studio Dragon will see to it that the film set can be made the best of for tourism and/or other productive purposes.

▶ Our Blues: An example of how content can be a global positive influencer

TV series Our Blues, which aired recently receiving acclaim from all around the world, delivers touching stories that live up to the theme of “All of Us Deserve Encouragement.” As an omnibus style drama, the series talks realistically, but warm-heartedly about things that are happening in society that people often try to look away from, including premarital pregnancies among adolescents, custody disputes involving parents with depression, and social discrimination against those with disabilities.

Featuring the indigenous people of Jeju, the series has attracted enormous attention from the public by incorporating a taste of the island's local culture including its dialect, which most people are not on the peninsula are not familiar with, and haenyeo (female divers). The studio is ready to produce more content featuring different cultures to help the public become more open to diversity naturally and to tell more stories to become a bigger positive influencer.

Unveiled on Netflix in February 2022, the drama Juvenile Justice tells the story of judge Shim Eun-seok who hates law breaching minors and her cases involving juvenile criminals after she is newly transferred to the juvenile department of a district court. Viewers were impressed by the messages delivered by the series, which made them think again about the justification for youngsters being excluded from criminal responsibility when they commit a crime and the Juvenile Act. In the series, law breaching minors are used not just as the subjects of the episodes, but also as social catalysts to bring to light issues that require reconsideration. 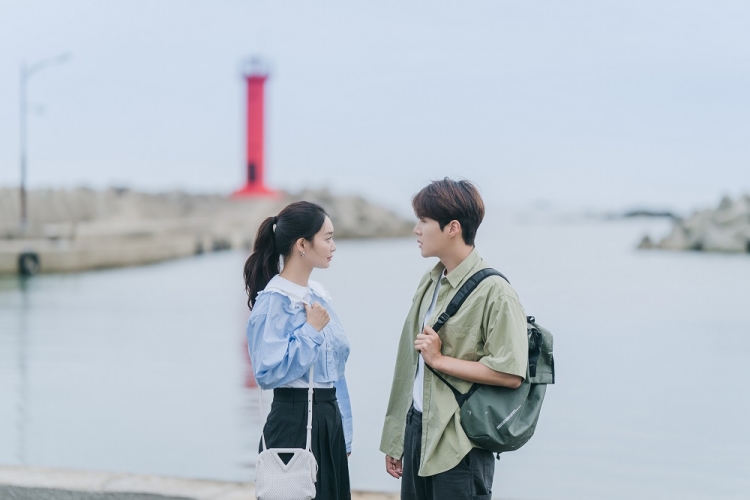 The drama Hometown Cha Cha Cha is set in a small, serene village on the coast of Pohang. Thanks to its huge popularity, places appearing in the series have become new tourist destinations. According to local people, retailers have started to have more customers, and the local economy has been revived. The City of Pohang has launched a tour program called “Cha,” which includes a visit to the locations where the shooting actually took place. The small and thrifty local market still has tourists coming to see it even after the end of the series. The entire place is becoming more attractive as efforts to attract more tourists are made, including painting pictures on the walls of nearby, aged buildings. It is expected that such an evolution will work positively in attracting not only local tourists but also international ones when restrictions on international travel are lifted.

“We will place different social values that can be generated through storytelling ahead of everything else and play a leadership role in ESG-driven operation,” says Kim Jey-hyun, CEO of Studio Dragon.

Next
CJ ENM Studio Center, the Power House for the Production of K-content for Global Audience, Finally Unveiled

Previous
CJ CheilJedang Goes Beyond the U.S. for Europe The Food Company Goes Into Full Gear to Expand Its Presence in the Continent’s Food Market