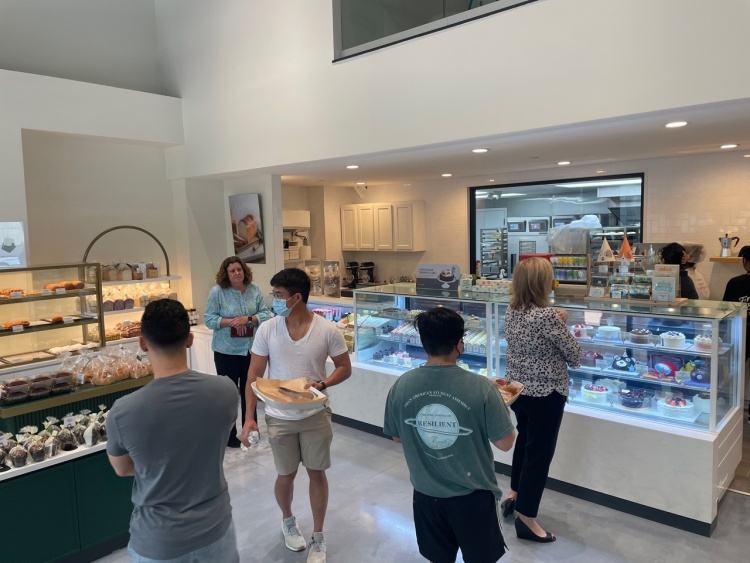 ▶ Tous Les Jours’s entry into the 20th state in the United States_Customers at the Charlotte branch, which opened on May 17.

Tous Les Jours, run by CJ Foodville (CEO Chan-ho Kim), has entered the 20th state in the United States, speeding up the spread of the excellence of K-Bakery.

CJ Foodville has opened new stores in Connecticut, Pennsylvania, and Nebraska this month, marking the company’s 20th entry into the US states. Tous Les Jours, which has been running stores in 12 US states since 2018, also set up shop in new regions such as Michigan, Florida, and Colorado in 2021 alone, expanding its territory to 17 states, and aims to enter a 22nd state by the end of this year. 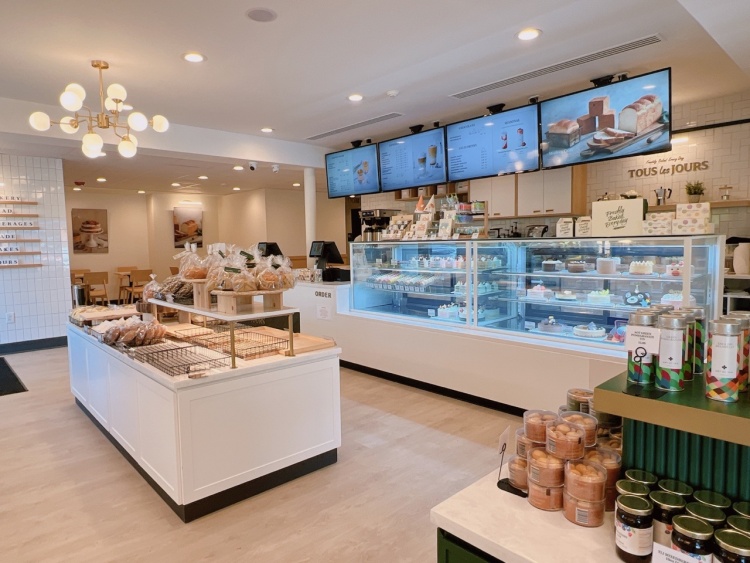 ▶ Tous Les Jours’s entry into the 20th state in the United States 2 _Interior of the Haverford branch, the first store in Pennsylvania.

Tous Les Jours’ US corporation recorded the highest operating profit last year since its entry into the US...'Surplus for 4 consecutive years'

Tous Les Jours, which has been establishing a foothold in the form of direct management since 2004 in the United States, its first overseas market, has been expending its business area mainly through franchisees, starting in 2009.

Its secret to success in the US market is a product differentiation strategy that maximizes K-bakery's strengths. As opposed to local bakeries, which focus on single items, such as croissants and baguettes, Tous Les Jours offers nearly 200 assorted products on average to increase customer satisfaction. In addition, the Korean-style product composition, which takes into account the characteristics of the local food culture and lifestyle and incorporates the uniqueness of a K-Bakery at the same time, also contributed to the increased popularity along with the K-Culture craze.

In particular, the premium fresh cream cake has taken root as an iconic product of Tous Les Jours with its fresh, moist cream taste and sophisticated design, forming a striking contrast to local products that focus on simple butter cakes. The ‘Mango Fresh Cream Cake,’ a local-exclusive product that reflects the needs of local customers, is also gaining popularity. The ‘Pure Milk Cream Bread,’ which contains milk cream in bread kneaded only with milk instead of water, is also a local best seller. The pure taste of its high milk content of 45.5% appealed to local customers who prioritize health.

Backed by such popularity, Tous Les Jours is currently operating a total of 75 stores including those located in major cities, such as Los Angeles, New York, Texas, and Chicago, and will open two more stores by the end of this month. 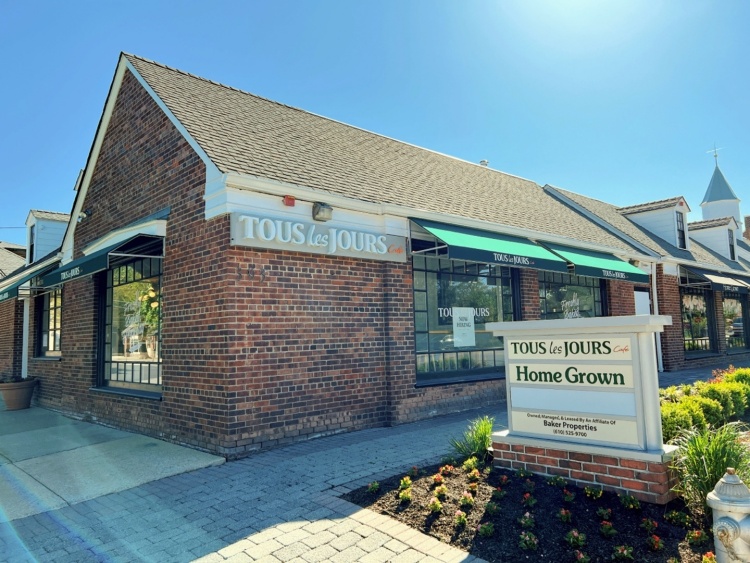 ▶ Tous Les Jours’s entry into the 20th state in the United States 1_Exterior of the Haverford branch, the first store in Pennsylvania

The newly opened stores are located in the bustling central commercial districts of each region, where the proportion of local customers is overwhelming. Therefore, the company expects these stores to play a major role in promoting the Tous Les Jours brand as the first stores in the respective states.

The ‘New Haven branch’ is located in Downtown New Haven, the main city of Connecticut, in the form of a large road shop with an area of about 360 square meters. As the famous universities such as Yale University and Connecticut State University is situated in this city, the store plans to attract local customers with a lively atmosphere and trendy product composition.

The Haverford branch in Pennsylvania is located in the heart of the residential and commercial district of Bryn Mawr, a satellite city of Philadelphia. As Bryn Mawe is an educational city where numerous universities and schools are concentrated, the store will increase the awareness of Tous Les Jours by targeting young customers with an average age of 23.5 years old.

The Omaha branch, the first store in Nebraska, opened with a size of nearly 330 square meters in a major *strip mall in Omaha, where high-quality school districts and shopping facilities are clustered. Omaha has a high population density with more than half of Nebraska’s total population, and CJ Foodville plans to expand Tous Les Jours’ business area in the central US region through the Omaha branch designed with a bakery cafe concept.

A CJ Foodville official said, “As a result of intense efforts to avoid hasty external expansion and build solid internality, the brand has established itself as a solid revenue model that has achieved a record surplus for four consecutive years. Tous Les Jours will successfully stabilize the first stores in the respective new regions and use them as a driving force for the US business growth.”