CGV will show movies on a metaverse platform in collaboration with Naver Z, and the Jeonju International Film Festival.

CGV has presented an opportunity to enjoy award-winning films from the Jeonju IFF on metaverse platform ZEPETO’s CGV world map that opened in January this year. Viewers can watch five movies that received awards at the Jeonju IFF 2021 at the first virtual film festival on ZEPETO, Jeonju IFF on ZEPETO. An array of events will also be provided on the sidelines of the festival and are expected to capture the attention of movie fans.

The CGV world map is an official theater on the global metaverse platform, ZEPETO, as an open map that is accessible by not just the Korean audience but also overseas audiences. This is a special opportunity inviting world viewers to enjoy some of the Jeonju IFF award winners on ZEPETO’s CGV world map. Five award honorees in the Korean shorts category at the 22nd Jeonju IFF—Vacation Event, Without You, A Blue Giant, Maria & Beyonce, and Training Session—will be screened on the CGV world map in ZEPETO.

On May 6-9, Vacation Event (40 min) by Director Min-young Choi, a movie about a girl who steals a motorcycle to buy hamburgers for her little brother’s class where her brother is the class president, will be played, alongside Without You (35 min) by director Jae-hyun Park, which tells the story of an old couple who did not have the chance to hold a wedding ceremony after losing their jobs during COVID-19. On May 10-12 ,three movies will be played: A Blue Giant (7 min) directed by Gyeong-mu Noh, Maria & Beyonce (28 min) by director Yechan Song, and Training Session (40 min) by director Chang-bum Kim. A Blue Giant is about the story of a man who had a huge body that was too big for his home. He leaves home and goes through a series of ordeals to help himself become smaller to fit the size of his home perfectly. Maria & Beyonce is a story of middle school girls who are training to be a K-pop girl group with the conflicts and other issues they face along the way. Training Session depicts the people who lost their jobs during company restructuring and receive training to return to work while competing with one another. These movies will all be played free for anyone who visits the CGV world map via the ZEPETO app.

Jeonju IFF giveaways provided to quiz winners on movie-related questions. A photo upload event will also be held in front of the Jeonju IFF photo wall inside the ZEPETO CGV world map.

CGV is holding various events in celebration of Jeonju IFF on ZEPETO. If you give the answer to a quiz within the ZEPETO map, you will be given a 3D outfit or an accessory item, which will be a Jeonju IFF T-shirt. You can also take a photo in front of the Jeonju IFF photo wall inside the ZEPETO CGV world map and upload the photo on the ZEPETO feed using the mandatory hashtags (#CGV, #JEONJUIFF2022) to get ZEPETO coins through a lucky draw from which 100 winners will be selected. Another 20 lucky draw winners will receive a movie ticket if they have uploaded the photo wall picture their social media account using the mandatory hashtags (#CGV, #JEONJUIFF2022, #ZEPETOCGV, #CGVPhotowall) and tag a friend they’d like to visit ZEPETO CGV world map with. 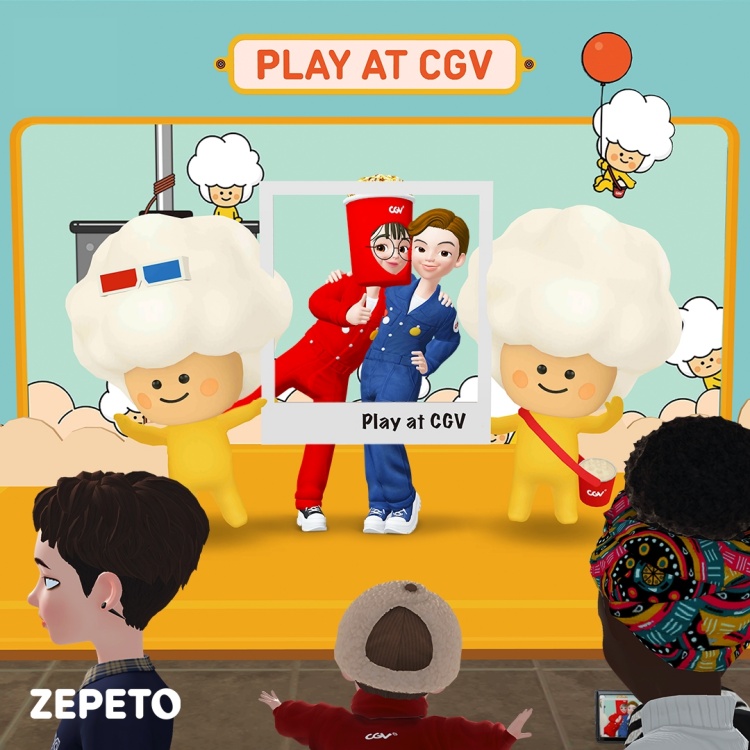 Learn more about Jeonju IFF on ZEPETO on the event page in the CGV mobile app.

Chul Kang, Head of Marketing Communication at CGV, said, “We planned the Jeonju IFF on ZEPETO in collaboration with Naver Z and the Jeonju IFF to create new customer touchpoints in the metaverse and offer a differentiated movie-going experience to our customers. We hope you all visit the ZEPETO CGV world map with all its exciting attractions and fun events and enjoy the unique experience.”

On the ZEPETO CGV world map, which has been receiving rave responses from visitors that have topped 1.7 million today since the launch in January, you can also watch movie trailers and enjoy a variety of other content items from other metaverse users.