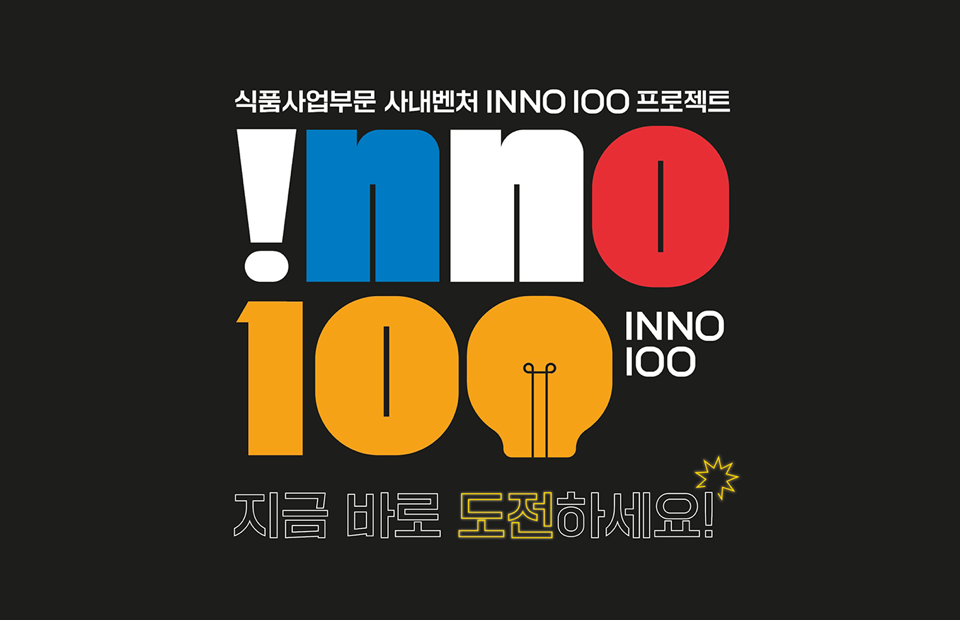 CJ CheilJedang is pushing the drive to secure new growth engines to make ready for the future, while at the same time stimulating in-house ventures.

CJ CheilJedang announced today that it is launching food upcycling and plant-based milk as new business areas. They have been selected in the internal venture program for food business sector, INNO 100. INNO 100 has been designed to create an innovative corporate culture and accelerate preparations for the future by commercializing the bold and fresh ideas that come from the employees. 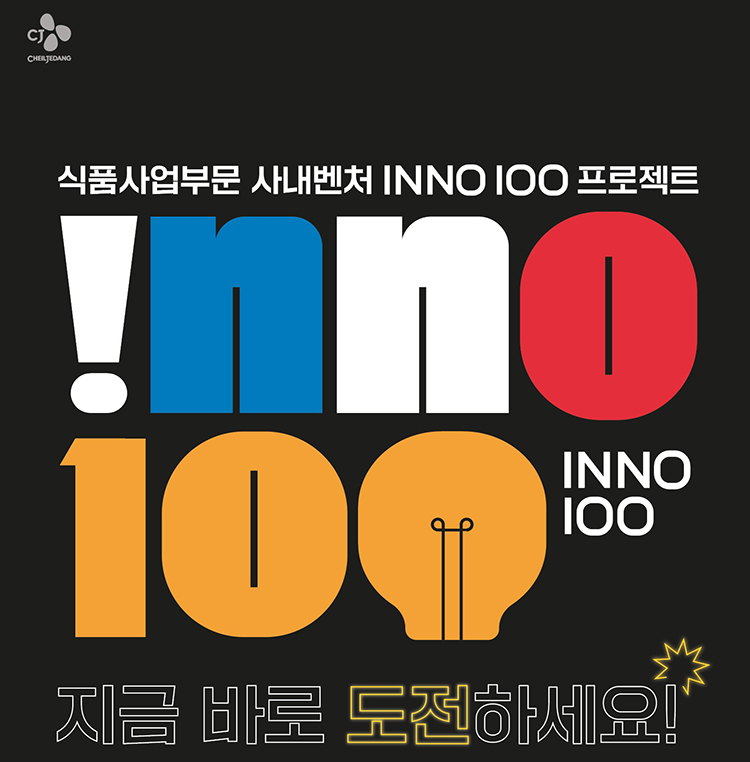 ▶ A CJ CheilJedang poster for an in-house venture competition, INNO 100

The very first venture project, food upcycling, produces goods that apply the concept of “sustainable ESG management” aimed at reducing food waste by turning food by-products, such as broken rice and ground soybean, into new products. Recycled PET bottles are also used as packaging material. Plant-based milk refers to milk alternatives made from plant-based ingredients, such as brown rice and soybeans. Both areas are anticipated to have enormous potential for growth in keeping with the trend for value consumption, including sustainability and plant-based food, which are popular among Millennials and Generation Z

INNO 100, meaning 100 days immersed in innovation, was introduced in February this year, as a means to achieve agility like startups to secure future growth engines in CJ CheilJedang with its 68 years of history. Employees who joined the program were able to bring their usual duties to a halt and fully engage in materializing their ideas for 100 days.

INNO 100 quickly became an icon of challenge and innovation within CJ CheilJedang. It attracted fervent interest and response from the Millennials and Generation Z who are in their third or fourth year of working at the company. As many as 120 teams have participated in the total of three rounds of contests so far, and CJ CheilJedang is currently holding the fourth contest. There are six distinct phases in the program: the submission of ideas; presentation; 100-day execution of the project; final presentation; formation of the project implementation strategy; and the final business approval. Teams that pass the final presentation receive unprecedented rewards and support, including prize money and initial investment for commercializing the idea.

Whether the idea will be turned into an actual business is determined by the Innovation Committee, a decision-making group for innovative growth. The Innovation Committee is comprised of key executives and an Open Council, a consultative body composed of regular employees. Potential ideas are evaluated under various topics: project feasibility in line with market trends, growth potential and attractiveness, entrepreneurship and team capacity for project execution, and innovativeness and influence. Once the idea is given the go-ahead, the project portfolio will be confirmed and the verification of mass-producibility will begin. This could lead to the development of a company in company (CIC) or even a company spin-off.

Food upcycling and plant-based milk are both confirmed as being run as CICs. The team will recruit senior employees from both in and out of the company to complement shortcomings in operating a business. Facility investment is currently under review for food upcycling to treat by-products and mass-production. A food upcycling product will be launched officially next year after first being introduced to consumers through crowd funding at the end of this year.

The bio business and Feed&Care business are also running their own in-house venture systems, Revolution (R) and New Business Challenge (NBC) respectively, which are in full swing. In the first contest for the R Project, a total of 127 teams applied, and six projects were selected as potential incubating projects, which are currently under review for commercialization. From the NBC Program in the Feed&Care business, three projects were picked for commercialization screening.

A CJ CheilJedang representative said, “Anyone can take the opportunity to turn their creative ideas into a real business through various in-company venture programs, taking a different approach to conventional way of working. CJ CheilJedang will spare no effort and provide support to promote a corporate culture that seeks to change and innovate ceaselessly without being complacent with the current performance, so that this can become a part of the corporate DNA.”

Next
[Real Recipe] Transformation of Bibigo Mandu! A recipe for a sweet and spicy delicacy, bibim mandu✨