CJ ENM’s K-culture festival KCON:TACT returned with its fifth season ‘KCON:TACT HI 5’, upgraded even more once again as a bridge between K-pop artists and fans all over the world. 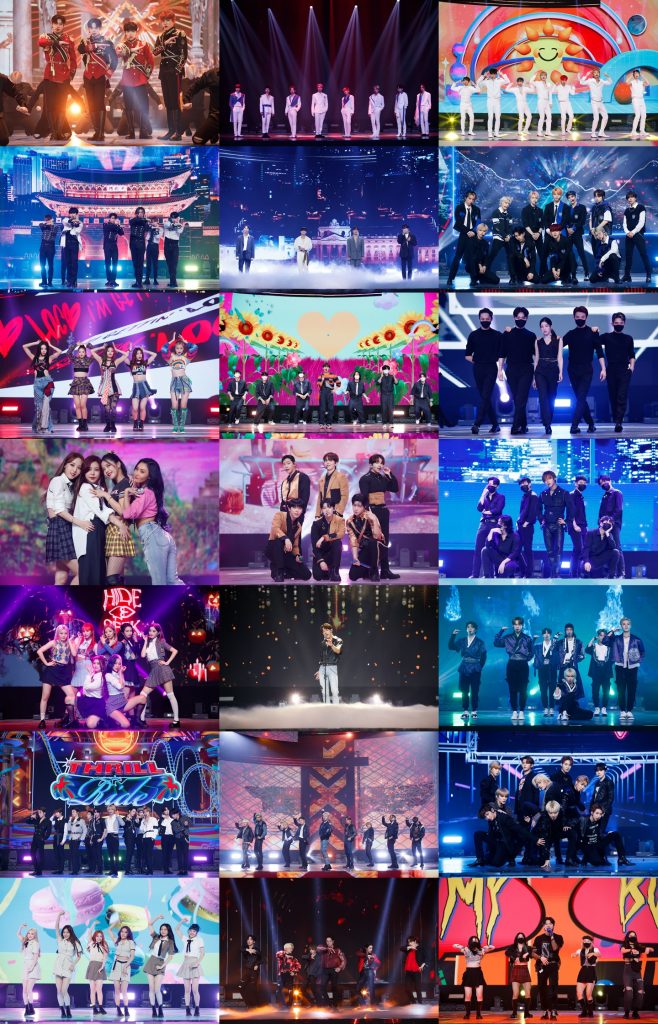 CJ ENM’s K-culture festival KCON:TACT returned with its fifth season ‘KCON:TACT HI 5’, upgraded even more once again as a bridge between K-pop artists and fans all over the world. KCON:TACT, held from the 18th to the 26th, featured a total of 24 teams of artists with over 5 million fans (free or charged) from 168 different areas of the world. Over the course of the five seasons of the show, there has been a total of 136 artists and 23 million fans who have taken part. This shows exactly how KCON:TACT has established itself as an irreplaceable global leading K-culture festival by maintaining communication between global K-pop fans and artists even in this global pandemic.

KCON:TACT HI 5 kicked off with the ambition to reach the hearts of K-pop fans worldwide and communicate with them regardless of time and space like a high-five (HI 5) shared as a greeting or an expression of joy. The festival broadcast stage performances live, connecting the KCON arena to 7 areas around the world, including Seoul, New York, Sydney, and Paris. There were many events to see and enjoy, such as the online fan Meet & Greet preferred most by Generation MZ, KCON World Premiere introducing up-and-coming artists, KCON Studio introducing K-culture to the world, and local American/Japanese content that further expanded the scope to offline channels. In addition, CJ ENM provided a vivid, realistic experience using its own cumulative technological skills that have been developed based on KCON and KCON:TACT. 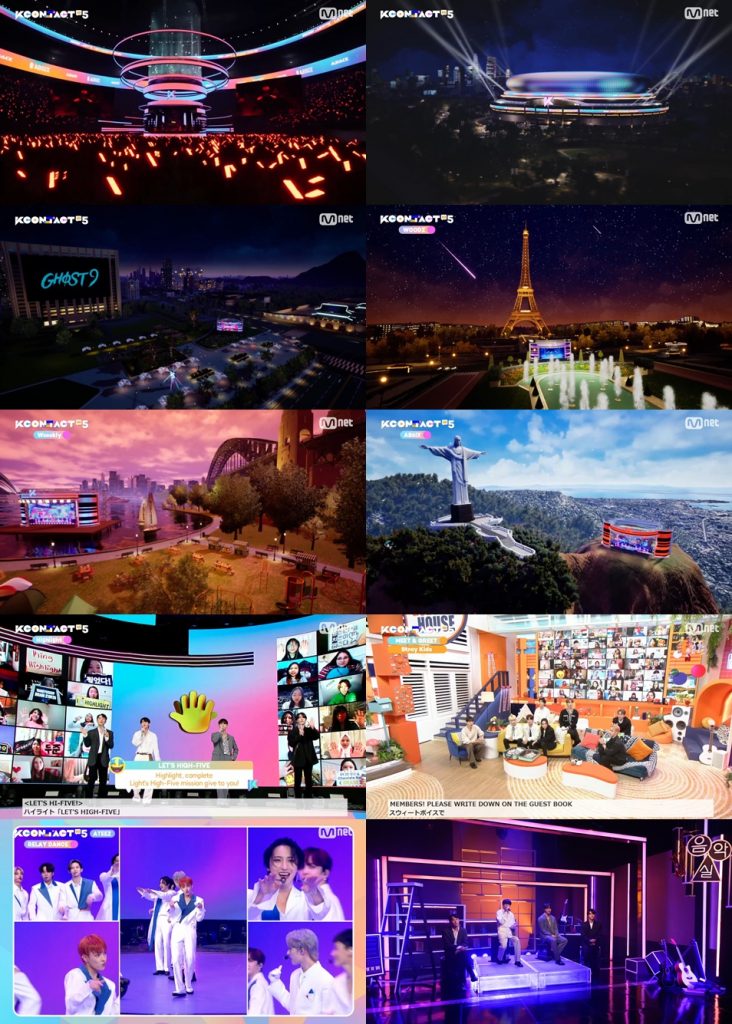 First there were performances by a total 24 teams of artists, such as AB6IX, ATEEZ, Ciipher, GHOST9, Highlight, INI, ITZY, JO1, Kim Jae Hwan, Kwon Eun Bi, MAMAMOO, ONF, Park Jihoon, Purple Kiss, Rain, Stray Kids, THE BOYZ, T1419, TO1, Weekly, WEi, WOODZ (in alphabetical order), and OWV and ENJIN. There were also various signature content items unique to KCON:TACT that once again captured the attention of the viewers this season. The artists and fans were able to communicate using a number of different ways, such as Fan Featuring, as well as contact-free high touch, eye contact, personal talk, and finale ending songs. The new Solitary Waiting Room was a fun event that discovered chemistry with other group members. There were also other differentiated stages during KCON:TACT, such as Music Room, which focused more on the artists’ music and vocals with virtual 3D sound, and M2’s main content Relay Dance, which is popular all over the world. The artists and fans could also play games and have conversations through the online fan meeting Meet & Greet. INI, the 11-member global boy group formed with the winners of Produce 101 Japan Season 2, released their debut song for the first time to K-pop fans worldwide at KCON:TACT HI 5.

ATEEZ, who participated in KCON:TACT HI 5 together, said, “We’re excited to be able to perform together with all eight of us in one group. Every time we participate in KCON:TACT, we leave in high spirits. We can’t wait to meet our fans offline, too.” Kwon Eun Bi said: “I was nervous to perform by myself without the other members around, but I was so overwhelmed by Yuri’s call and my fans’ surprise. I’ll never forget this moment,” as she shared her feelings about meeting global fans through KCON:TACT HI 5.

At the KCON World Premiere introducing up-and-coming artists to music fans around the world, Japanese idol groups JO1, OWV, and ENJIN, who had debuted on Korean-style audition programs, performed onstage in Japan for about 90 minutes. JO1 said, “We haven’t been able to meet our fans at all since our debut due to the global pandemic, so it’s overwhelming to be able to meet our fans for the first time. We would like to thank our fans for cheers and applause. We can’t wait to meet again.” The performance was followed by KCON STUDIO LIVE from JAPAN, where three teams and professional Hallyu emcees in Japan communicated in the form of a radio program, showing an evolution into an O4O platform beyond the contact-free festival.

There was also a lot of other content that captured the hearts of global K-pop MZ fans: KCON STUDIO with K-FOREST FOOD COOKING BATTLE introducing clean and healthy forest products in Korea, a Polaroid decorating art workshop, and a Live Fan Gathering in which local fans of popular artists were able to chat and communicate about their favorite artists. This local content in the US and Japan captivated MZ fans who value direct and personal experiences. In addition, a part of the proceeds from KCON:TACT HI 5’s membership fees were donated to the Girls’ Education Campaign by CJ and UNESCO to provide a better education environment for girls around the world, adding significance to value-based consumption.

“We launched the new digital IP KCON:TACT during the global pandemic and developed a variety of content to promote performances and K-culture by connecting offline and online in global markets, such as the US and Japan based on two years of experience and know-how,” said Kim Hyun-soo, head of CJ ENM’s Music Content Division. “With the convergence of offline and digital channels around the world, KCON will be expanded into multiverse IP to communicate with K-culture fans worldwide.”

CJ ENM will also release various other content related to KCON:TACT HI 5. The main concert as well as behind-the-scenes such as artists’ rehearsals and other events as well as a replay service on TVING in Korea and KCON’s official YouTube channel in other countries. The highlights of KCON:TACT HI 5 are set to be aired on Mnet in October. [Image courtesy of CJ ENM]

Next
CJ Bibigo enters a marketing partnership with the LA Lakers, taking a leap as a global megabrand

Previous
[A Friend of Culture and Dreams] Far more than you could ever imagine, meet the Advance Culture Club.