A producer from Nippon TV: "Season 1 recorded the highest viewership rating in the same time slot in the history of NTV. We believe that the show will receive a lot of popularity in Japan as well.” 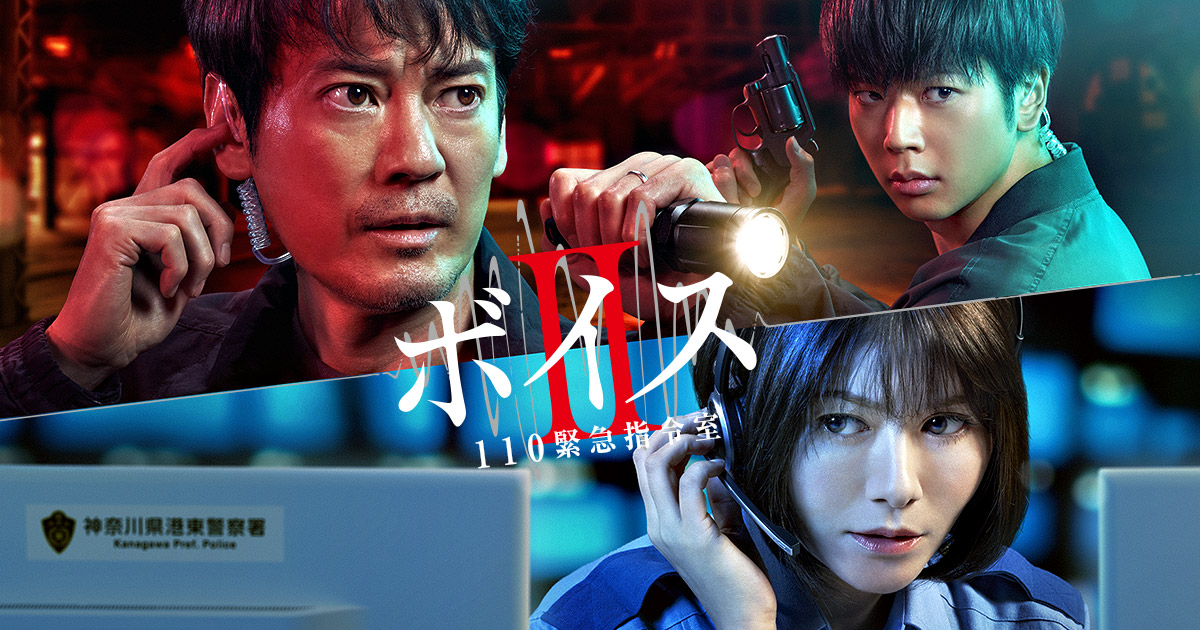 Franchise IP, “Voice,” representative of South Korea's season-based genre shows, has announced the first broadcast of Season 2 of its remake in Japan. A franchise IP (intellectual property) refers to a method of expanding and re-creating a popular piece of IP through variations on the original format, such as season-based shows, spin-offs, and reboots.

“Voice” is a ‘sound chase’ thriller depicting the fast-lane members of a 112 reporting center, whose job it is to guard the golden hour of crime scenes. Returning for a succession of new seasons after the launch of its first season in 2017, “Voice” has built up a strong fandom with a unique subject called “voice profilers” together with the show's fast-paced storytelling. “Voice” is currently on air in South Korea and is gaining increasing popularity. Episode 5 of “Voice 4,” which aired on Friday the 2nd, has broken the show's own record for the highest viewership rating, with an average of 4.3% and a maximum of 5.5% based on households in the Seoul metropolitan area. (Paid platforms / data provided by Nielsen Korea)

On top of that, it was announced that Season 2 of the Japanese remake of “Voice” would premiere on Saturday, the 10th, proving the popularity of the representative piece of South Korean franchise IP. The Japanese remake of “Voice,” “Voice 110 Emergency Command Room”, launched its Season 1 on the Japanese terrestrial channel Nippon TV (NTV) in July, 2019, which proven high popularity with the record of the highest viewership rating in the history of NTV for its time slot, the prime time slot of 10 pm every Saturday. Season 2 of the show, which is scheduled for release soon, is also expected to bring TV viewers the sense of speed and thrill unique to “Voice.”

“Season 1 of the Japanese remake of “Voice' maintains the pace and the excitement of the original Korean “Voice” series while also showcasing its own unique method of expression and charming actors, thereby receiving great acclaim locally. It has recorded the highest viewership rating since the start of the time slot of 10 pm on Saturday night on NTV,” said the producer of NTV’s “Voice 110 Emergency Command Room” series. “I was confident that the setting and story of the original Korean “Voice” series would attract the attention of many viewers in Japan as well."

Director Do-hyeon Kim of CJ ENM's Overseas Content Business Bureau said, "'Voice”, which boasts its own unique characters and solidly built universe, is establishing itself as South Korea’s representative global IP piece as its overseas remakes achieve success one after another. Season 1 of the Japanese remake of “Voice” was produced not only with a high degree of finesse, but it has also achieved good results in viewership ratings, so we have high expectations for its Season 2 as well."

“Voice” was also remade in Thailand in 2019 through the local terrestrial channel True4U. OCN's “Black” similarly launched Season 1 of its remake in Malaysia in 2019, and the first episode of Season 2 was aired just recently as well.

Next
[Food is Science] Hetbahn Sotbahn rice strikes a balance between sterilization and quality!