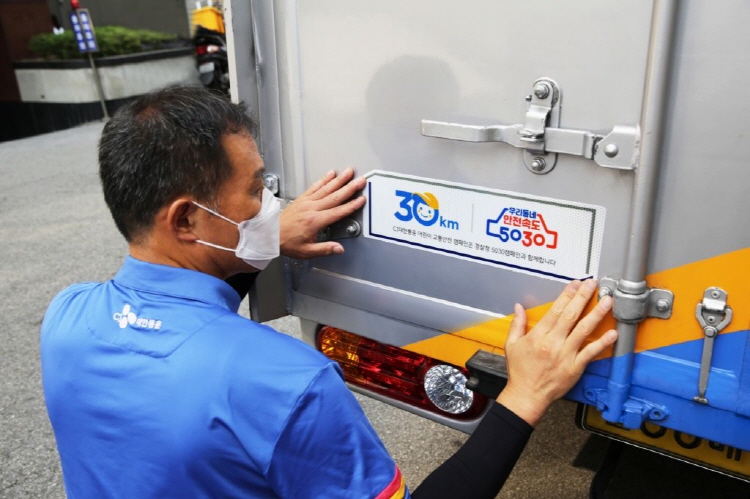 ▶ On June 28, 2021 CJ Logistics announced that it started the Safe Speed 5030 campaign with the KNPA. A CJ Logistics delivery driver putting on a traffic safety guard sticker that specifies safe speed standards on a delivery truck.

On June 28, 2021 CJ Logistics announced that it began the Safe Speed 5030 campaign with the Korean National Police Agency (KNPA). Under the campaign, CJ Logistics attached traffic safety guard stickers specifying the speed limit newly revised in April on over 1,000 delivery vehicles to encourage other cars to observe the new limit.

The traffic safety guard sticker has the safety guard mark that highlights the 30 km speed limit for school zones and the Safe Speed 5030 campaign mark together designed to raise awareness of safe speeds. The sticker is printed on a reflective sheet for enhanced visibility by drivers. It is easily visible at night, and is expected to prevent night-time accidents. 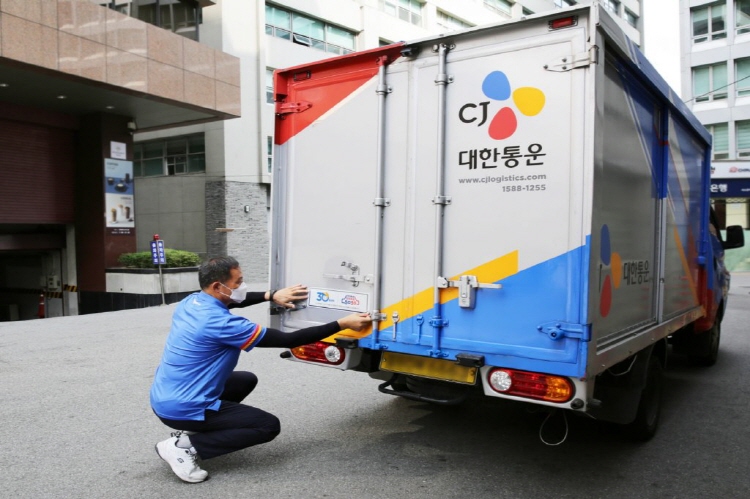 The Safe Speed 5030 is a policy that was enforced on April 17, 2021 that reduces speed limits to 50 km for general roads and 30 km for lanes in residential areas and school zones. According to KNPA, the number of traffic fatalities nationwide was cut by 7.7% from last year after a month of policy enforcement.

As a part of the campaign, CJ Logistics will donate safety backpack covers to elementary schools in Gwangju, Gyeonggi Province in the second half of the year. Safety backpack covers are made of reflective cloth with the number 30 marked inside a red circle, meaning the 30 km speed limit in school zones. The covers will enhance visibility of children when walking the streets and reduce risks against traffic accidents.

CJ Logistics representative said, “We have arranged the traffic safety campaign with the KNPA in line with the revised policy. We will proactively take part in establishing a traffic culture that protects the safety of both pedestrians and drivers.”

CJ Logistics have implemented the traffic safety campaign since 2017. The company is making efforts to create a safe traffic environment, placing reflective bands around delivery trucks to prevent late-night accidents and giving out safety goods to elementary schools near logistics centers designed to prevent child accidents.

Previous
Things that make you look forward to the Night Race, a Superrace Championship