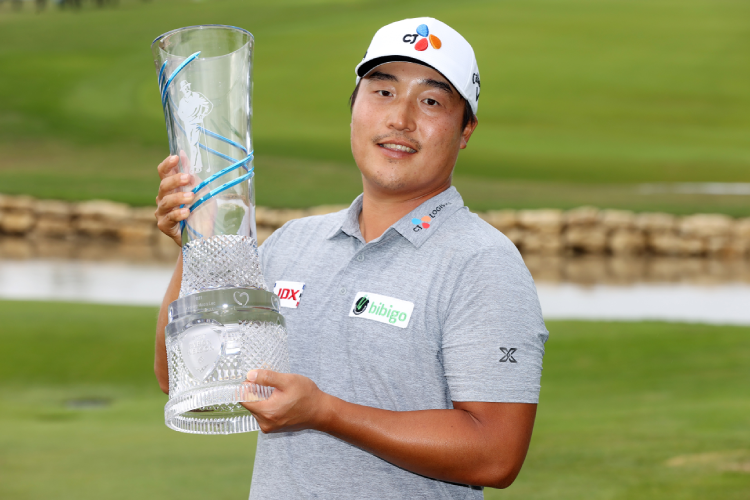 Professional golfer Lee Kyoung-hoon (29) sponsored by CJ Logistics has made his first PGA win, delivering great hope to Koreans amid the global pandemic. This is the second round of good news delivered by CJ-sponsored golfers following the first win at The American Express achieved by golfer Kim Si-woo earlier this January. It is said that CJ's unwavering support for male golfers has been successful for both players and the company.

Lee Kyoung-hoon lifted the Champions Trophy at the AT&T Byron Nelson of the US PGA Tour held at TPC Craig Ranch (par 72) in McKinney, Texas after winning the tour with a record of 25 under, 263. He will receive 1.46 million US dollars (approximately 1.65 billion Korean won) as prize money for being the winner and will also see his FedEx Cup ranking rise from 97 to 29.

The professional golfer made his PGA debut in 2018 and was ranked 5th at the Korn Ferry Tour (development tour for the PGA Tour). He finished tied for second place at the Waste Management Phoenix Open this February and finally topped the PGA Tour after having a total of 80 games.

CJ Logistics said, “We are providing support to Korean male golfers who are challenging themselves to dominate the global stage, including the PGA Tour. His PGA win has contributed to strengthening CJ’s brand recognition by frequently exposing the logos of CJ Logistics and bibigo.”

Indeed, the outstanding performances from the CJ-sponsored golfers have become an opportunity to expose the company’s brands, which is also making CJ’s global sports marketing successful.

Golfer Lee Kyoung-hoon entered the final round in second place, one shot behind Sam Burns of the United States whom he competed with for first place together with another competitor, Charl Schwartzel (Republic of South Africa). As he won the tour based on his stable performance throughout the 4 rounds, Golfer Lee has secured his participation in the tour until the year 2023.

Right after he made the win, Lee said, “I hope the first win in my life will be a consolation to all Koreans who are suffering from COVID-19, and I would like to thank CJ for believing in me and providing me with unwavering support.” (End)