CJ Logistics won an additional order for the logistics of an ultra-heavy cargo project to construct a petrochemical complex in Uzbekistan. 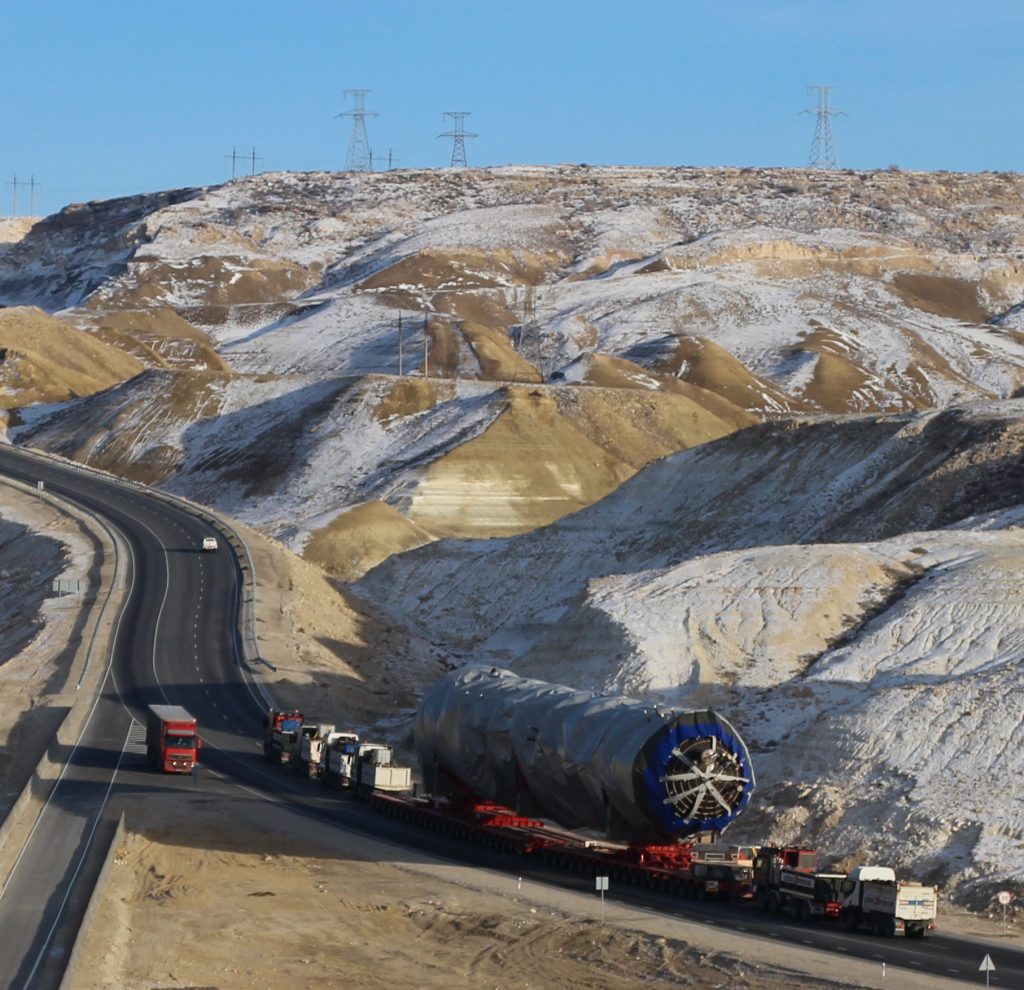 ▶ Logistics of an ultra-heavy plant equipment project conducted by CJ Logistics in 2018. Heavy trucks heading to Uzbekistan are going up the Manata hill in Mangystau. To go up an 8-degree slope, “power chain” technology is applied, which connects a special towing vehicle with a strong output of at least 500 horsepower to the front and rear of the module trailer that carries the heavy cargo.

The company succeeded in winning the order for another project in addition to the recent project in Surkhandarya. With a densely connected global network, CJ Logistics is considered as having increased reliability in K-logistics by constantly winning orders all over the world.

CJ Logistics announced on the 10th that CJ ICM, the company’s subsidiary in the Middle East, has won a 40-billion-won logistics order for the Shurtan Gas Chemical Complex (SGCC) project in the Shurtan area of Guzar in Uzbekistan. Prior to this, on February 24, the company had obtained an order for the logistics of a natural gas processing facility project to be constructed in Surkhandarya.

This project provides comprehensive logistics services, such as marine transport, transshipment, customs clearance, loading and unloading, inland transportation, etc., by shipping heavy cargo from 9 countries, including Korea, China, Japan, Russia, India, Belgium, Spain, Germany, and Italy. The freight list consists of ultra-heavy cargo including items with a maximum weight of 450t and length of 98m, with the total weight and length of all transported cargo being about 80,000t and 680km. The travel distance from each country to the construction site in Uzbekistan by sea and inland is about 20,000km.

For inland transportation, a “chain trucking” method is used, which connects a special towing vehicle with a strong output of at least 500 horsepower to the front and rear of the module trailer. Structural mechanics engineers calculate the coefficients of friction considering road gradient and pavement conditions, and optimize the number of special vehicles used, speed, and turning radius. ’Power chain’ technology is also applied, which increases frictional force with the road by loading a maximum 15t of cargo on each connected vehicle to transport hundreds of tons of heavy cargo. Professional operators with at least 20 years of experience are put to work, and all vehicles maintain a consistent speed through wireless communications from the leading vehicle.

Moreover, to bear the weight of the ultra-heavy cargo and prevent shaking while traveling the total 2,000km on land, the vehicles travel about 50-70km per day at the speed of around 5-20km/h. The center of gravity and vibration coefficients are designed with the manufacturer before heavy cargo production, and transport stability is increased through verification before shipment.

For marine transport, the cargo departs from each country and arrives at the Black Sea region in areas such as Turkey and Rumania through to the Mediterranean, after which it passes the Volga-Don Canal and enters the Caspian Sea. The cargo is then divided and transshipped onto multiple small barges when passing through the narrow and shallow Volga-Don Canal, going through 21 floodgates that adjust the upstream and downstream water levels. In the winter when it is impossible to go through the canal, the ships make a detour inland through regions such as Georgia and Azerbaijan, after which they cross the Caspian Sea using marine transport, pass through Kazakhstan and finally arrive in Uzbekistan.

CJ ICM, which has six bases throughout Central Asia, carries out high-quality logistics projects through its densely connected logistics network. The company works closely with the relevant government agencies through each office to transport cargo to Uzbekistan, which is a double-landlocked country, escorted by the police when transporting ultra-heavy cargo exceeding 100t. It also carries out ‘civil work’ to create temporary bypasses and reinforce or remove bridges in line with regional characteristics. The company also carries out safety work to prevent friction between the ultra-high voltage lines and heavy cargo on the roads when passing large-scale industrial complexes. 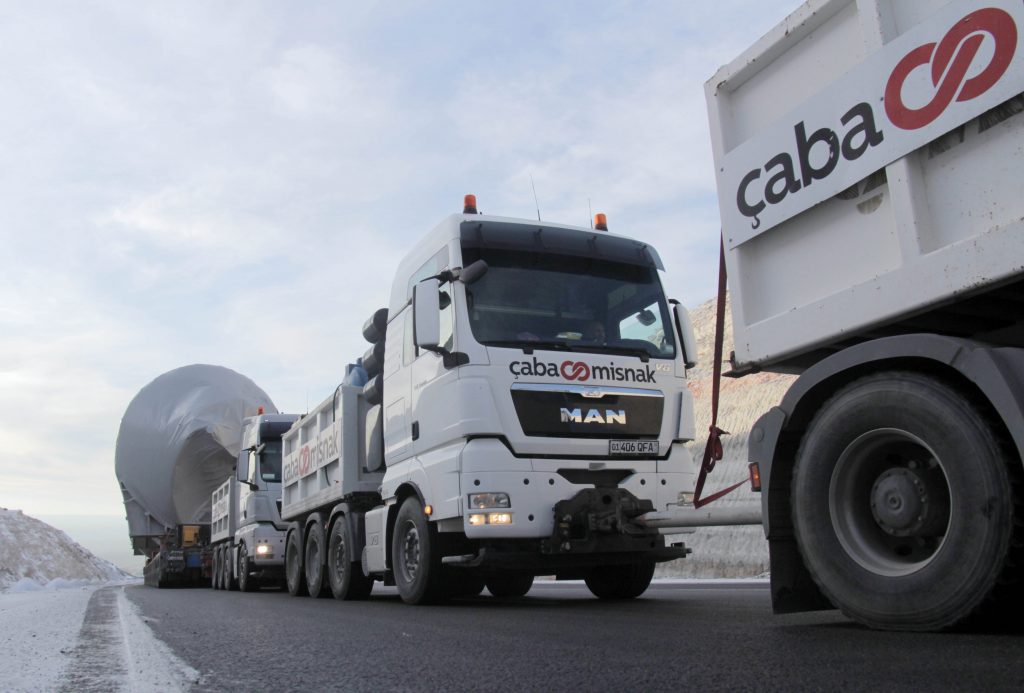 The size of the project logistics market can be increased if the rising oil prices activate large-scale construction projects in emerging energy resources development areas, such as Central Asia and Africa. Accordingly, CJ Logistics plans to accelerate the ultra-heavy cargo transportation business based on its global network and technological skills.

“CJ ICM obtains advanced logistics design technology and project experience, based on which the company secures unparalleled competencies in the ultra-heavy cargo transport industry,” said an official at CJ Logistics. “We will provide upgraded comprehensive logistics services and increase reliability in K-logistics.”

CJ Logistics has established a cooperative system with CJ ICM, a leading logistics provider in the Middle East and Central Asia, through M&A in 2017. The company has formed an extensive global network by entering 154 areas in 40 countries and establishing 279 global bases.