CJ CGV, the first in the cinema industry to embrace the philosophy of considering the environment as a mandatory measure by upcycling theater resources. 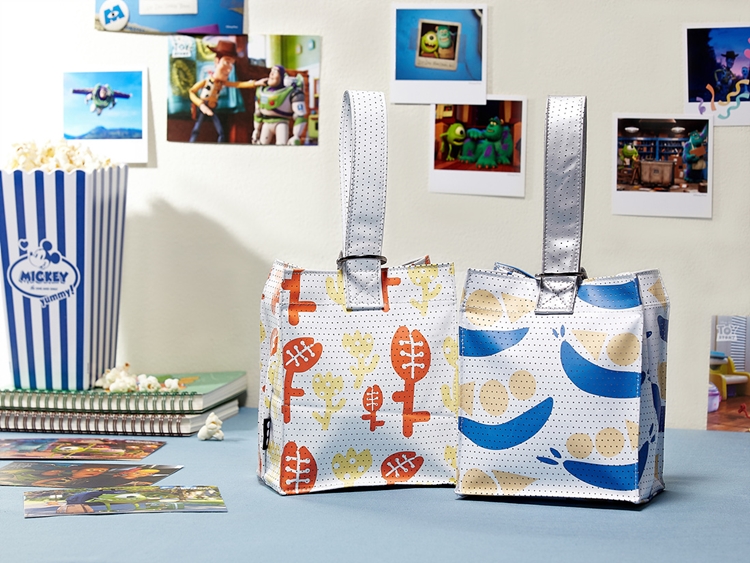 CJ CGV announced on January 28, 2021 that it is introducing recycled goods made from disposed screens as a leader of CSR activities aimed at preserving the environment and saving natural resources. To that end, the company is operating under the philosophy of consideration of the environment as a mandatory measure. This means that we need to do more than just be environmentally friendly and must consider the environment instead of treating it as an option. Upcycling refers to reusing objects that are no longer useful or waste material by altering them to create a product of higher design quality and usability. CGV collaborated with social company, a'dren, to transform disposed screens into cute little bags.

There has been a total of 70 screens discarded by CGV in the past two years for theater renewal. Until recently, replaced screens were thrown away as waste. However, CGV devised a way to upcycle the scrapped screens in an effort to reduce corporate waste. The first product that was developed is Upcycled Little Bags Made from Discarded CGV Screens (two variants).

‘Upcycled Little Bags Made from Discarded CGV Screens’ are square-shaped bags using CGV screens as the basic material. Pictures that portray children’s stories such as ‘The Flower Field I Want to Revisit’, and ‘An Ice Cream Relaxing on a Hammock’ are made into patterns and printed on the bags. They come in two colors, orange and blue, and are limited editions with only 250 bags each. A message that reads, “I am reborn from a CGV screen.” will be placed on the inner labels, emphasizing that the bag was upcycled. A part of the profit made from the sales will be donated to childcare facilities where the children who helped create the patterns live.

Jo Jeong-eun, Head of the Social Value Management Team of CJ CGV, said, “We were searching for ways to practice consideration of the environment as a mandatory measure at CGV, and we came up with the idea of upcycling discarded screens when theaters are renovated or closed. I hope the launch of the Upcycled Little Bags Made from Discarded Screens will serve as an opportunity to provide a new perspective when looking at resources around us.”

CJ CGV continues to practice consideration of the environment as a mandatory measure by conducting its good energy saving store campaign in collaboration with the Korea Energy Agency and holding a 60-second Short Film Festival that promotes the correct way of disposing clear PET bottles.

Previous
[Culture Dream Keeper] An amazing dish that you won’t believe was made by a high schooler… Are you ready for this?