CJ Bibigo Mandu surpassed 1 trillion won in sales this year... imprinting “K-Mandu” in the minds of people around the world

'Bibigo Mandu', which is captivating both domestic and foreign consumers as the 'National Mandu' and 'K-Food representative,' broke the barrier of KRW 1 trillion in annual sales, rewriting the history of the food industry.

CJ Cheiljedang announced on December 22 that Bibigo Mandu's sales this year exceeded KRW 1 trillion. This is particularly significant in that it is a result achieved at the same time at home and abroad as a single food item, not a flagship manufacturing industry, such as automobiles or semiconductors. 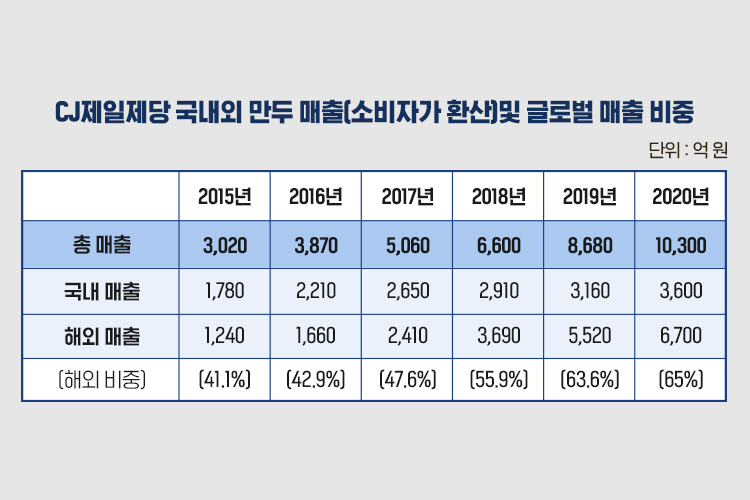 Striving to promote “Mandu” with a focus on the “US,” a strategic country, and driving sales volume expansion through active infrastructure investment

Ever since the beginning, CJ Cheiljedang planned Bibigo Mandu for both the domestic market and foreign markets. In Korea, it has revolutionized the negative perception of frozen foods with product power that could change the existing paradigm of frozen Mandu. As a result, Mandu has grown into the most significant category in the frozen food market, and now has five large-scale products with annual sales of more than KRW 10 billion, including “Bibigo Wang Gyoja” with monthly sales of more than KRW 10 billion.

For overseas markets, CJ Cheiljedang developed a market entry strategy based on the food culture and consumption trends of each country. In particular, a lot of effort has been put into being recognized by overseas consumers as 'Korean Mandu'.

For the US, a strategic country, CJ Cheiljedang penetrated Costco from the beginning and targeted the mainstream market. While focusing on the bite-sized “Bibigo Mini Wonton” familiar to the locals, the company increased its intimacy by continuously exposing the product labeled “Mandu”. In 2015, a separate Mandu R&D organization was established to quickly reflect local consumer trends in products, and in 2018, Korean-style Mandu was introduced to the market in earnest. 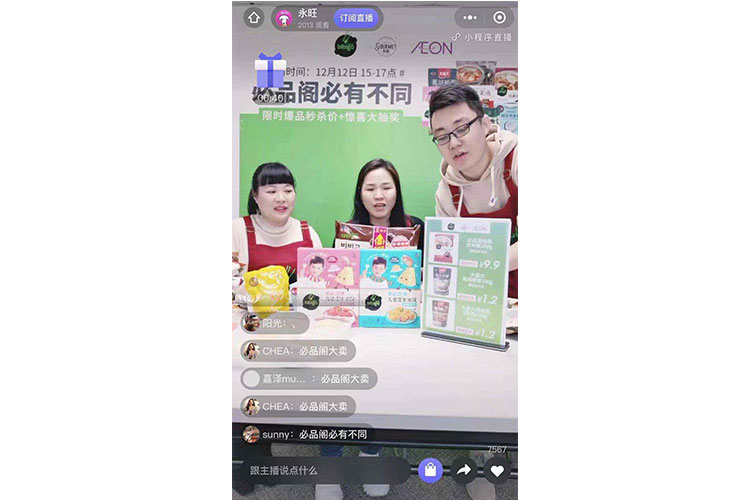 ▲On December 12 in China, the distribution channel AEON (Yongwang in Chinese) is introducing Bibigo Mandu products live through a WeChat mini program.

If there are brands that already have monopolistic status in the market, such as those from China and Japan, the company's efforts to publicize “Bibigo Mandu” were focused on young people who are “future consumers”. As a result, it ranked first in the Mandu category and food category last year in Qoo10, run by Jingdong.com of China and eBay Japan respectively.

In the case of Europe, where experience with Korean food is relatively insufficient, it achieved results by expanding distribution channels in the UK, France, and Germany where the Asian food culture is highly acceptable. Currently, the company is meeting consumers in over 800 large distribution channels across Europe and all of Costco's 34 stores. From 2018 to this year, the 3 countries, i.e. the UK, France, and Germany, have recorded an average annual growth rate of 61% for three years from 2018 to this year. 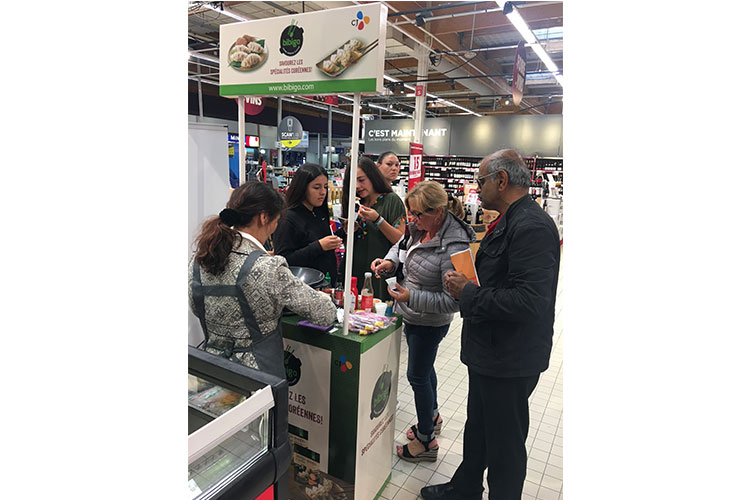 ▲A French supermarket is holding a Bibigo Mandu tasting event.

Active infrastructure investment has led to sales volume expansion in countries around the world. In 2013, the number of production bases in Korea, the United States, and China increased from 5 to 15, including Vietnam, Japan, and Europe (Germany). Production lines have also been increased by about four times compared to 2013 to match the supply according to increasing demand.

CJ Cheiljedang is planning to continue the Bibigo Mandu myth all over the world based on the production-sales know-how it has accumulated for each country and with its differentiated technology.

To this end, it is planning to continuously foster innovative large-scale products that can be sold overseas, such as “Bibigo Wang Gyoja”. In addition, in the domestic market, which is the standard for the global propagation of Bibigo Mandu, in order to raise the level of frozen Mandu to the next level, the company is focusing on “homemade frozen Mandu,” which carefully captures individual tastes as well as an overall universal taste.

It is also planning to accelerate the expansion of its global business. In the US, which generates the most sales, Bibigo Mandu is supplied through Schwans' strong distribution network sprawling around the US. Also, through collaboration with Schwans, it is planning to accelerate the development of new products to capture the local taste while still maintaining the identity of Korean food. 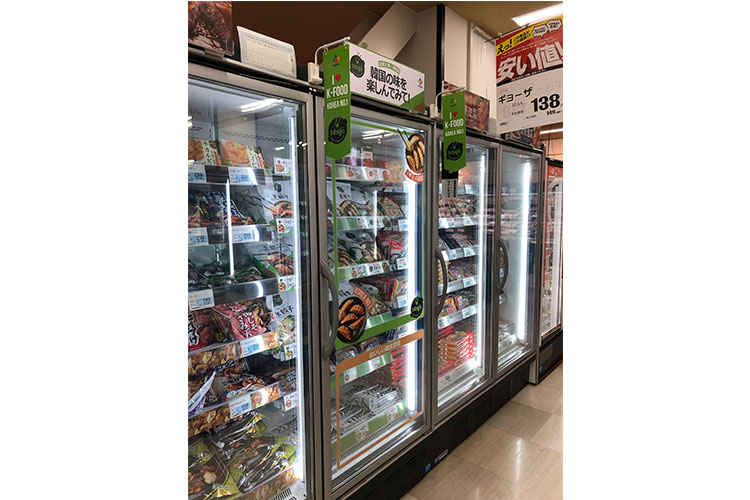 In Japan, CJ Cheiljedang is planning to use the sales network of the frozen Mandu company, Gyoza Keikaku, acquired in May last year to greatly expand consumer contact points from COSTCO to super chains. It is also preparing for the global propagation of “Gluten-Free Mandu”, which Gyoza Keikaku is strong on. In addition, in Europe, the company plans to expand the base of Korean Mandu by actively expanding B2B transactions as well as advancing into Scandinavia and the Benelux countries (Belgium, Netherlands and Luxembourg), which have high income levels.

CJ Cheiljedang will actively engage in the work of creating Bibigo's own Mandu facilities and standard packages based on the 'Only One technology' it has accumulated through the 'Global Mandu Technology Center' newly established under the Food Production Headquarters and transplanting them into overseas production bases. As a result, it is expected that the taste and quality of Bibigo Mandu sold worldwide will be standardized and its capabilities internalized.

“With the launch of Bibigo Mandu, the vision of 'people all over the world enjoying Korean food once a week' has become a reality,” said a CJ Cheiljedang official. “We will spare no effort to publicize Bibigo Mandu widely throughout the world and create the next-generation K-Food that will be the successor to 'Bibigo Mandu’.”

Previous
[CJ Doners Camp] Why are those kids counting the hours till after school?