tVN's “Brand New, Amazing Ways of Tidying Up” Creates a Tidying Up Sensation - What Are the Changes?

Breaking new records and generating a sensation, tvN's “Brand-New, Amazing Tidying Up” has been demonstrating its steady popularity among South Korean viewers.

Having so far garnered 19.3 million on YouTube with a peak viewership rating of 5.6%, tvN's “Brand-New, Amazing Tidying Up” has only just started to take off! 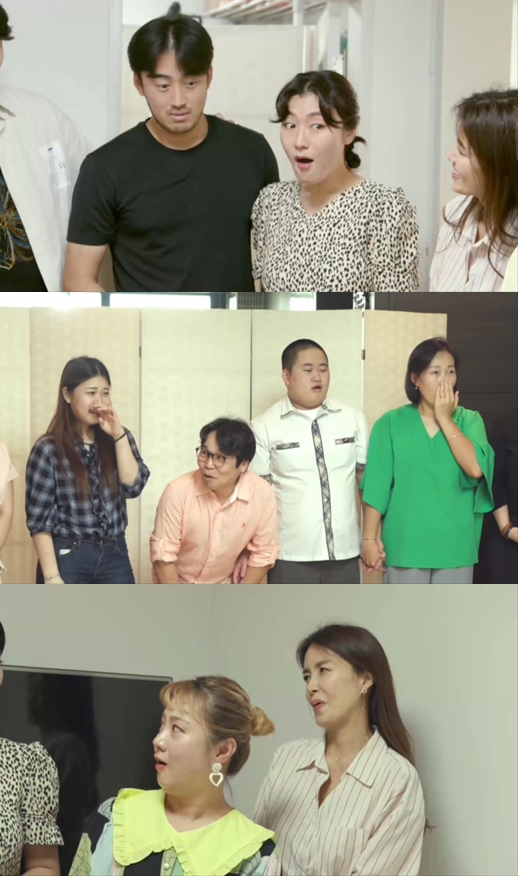 ▲ True to the show's title, the family of Mi-rye Kim (episode 10) and the family of Eun-pyo Jung (episode 11) brought the show’s cast to happy tears with their brand-new, amazing tidying up skills.

Causing a “brand-new, amazing tidying up” sensation, tVN"s TV show “Brand-New, Amazing Tidying Up” is attracting increasing attention. In 2020, when a space called home has taken on added meaning with people spending increasing amounts of time at home due to the necessity of non-face-to-face and non-contact interactions, the show is enjoying renewed popularity. Having started with a viewership rating of 2.9% for its first episode, which aired on June 29, Brand-New, Amazing Tidying Up recorded an average household viewership rating of 4.4% for its 11th episode featuring actor Eun-pyo Jeong, demonstrating viewers' steady interest in the show. In the show's 11th episode featuring actor Eun-pyo Jeong as a client, recorded a peak viewership rating of as high as 6.9% in the Seoul metropolitan area, showing not only tidying tips, but also the viewers’ responses to humanism (data calculated by Nielsen Korea based on paid platforms).

Viewers' interest in “Brand-New, Amazing Tidying Up” has even crossed the boundaries of platforms. As of August 2020, Brand-New, Amazing Tidying Up-related videos uploaded to tVN's official YouTube channel had garnered a total of over 19,330,000 views, demonstrating that the show had become a driving force behind the craze for tidying up at any time and place. In particular, thanks to the tidying tips provided on the show, applicable even in the midst of busy, everyday life, and the sense of catharsis one can feel looking at a space that has been completely transformed after being tidied up, e.g., a house that takes on an entirely new shape through the collaborative work of Ae-ra Shin, Na-rae Park, Gyun-sang and a space creator, the show is making waves among South Korean viewers.

Brand-New, Amazing Tidying Up is a show that has enabled South Koreans to rediscover the value of tidying up

Brand-New, Amazing Tidying Up has recently been recognized as a show that has enabled South Koreans to rediscover the value of tidying up. Reviews from many viewers say that the show goes beyond presenting tidying up as the repetitive act of throwing away, storing things and replacing old things with new ones and infuses people’s ordinary everyday life with a fresh vibrancy. If in the past tidying up meant no more than general house cleaning on the weekend, the tidying up sensation that has swept South Korea even serves the role of healing the spirit of the users of the space.

Regarding this phenomenon, professor Jeon Woo-young of the Department of Psychology at Chungnam National University said, "Tidying up your living space plays the role of saving psychological resources that may be being misspent. You can channel the psychological energy that you secure through tidying up your living space into more productive avenues, consequently yielding better results. Those results can in turn contribute to making the users of the space happier.”

In keeping with the trends, “Brand New, Amazing Tidying Up” has also explored the phenomenon of people adopting minimalist and maximalist lifestyles. In the period when leisurely living and YOLO have been in the spotlight as the most desired values in life, the maximalist lifestyle has gained great popularity along with the flex consumption trend, whereas in the period when simple living and the aesthetic of emptying out were emphasized, the minimalist lifestyle became in vogue, boosting transactions of used goods and furniture that would otherwise have been discarded in the streets. Although “Brand-New, Amazing Tidying Up” has taken up “an emptying out that is more joyful than a filling out” as its basic value, the show also suggests personalized ways of tidying up with consideration for the clients’ various lifestyles and residential space types (e.g. single-person households, share houses, detached homes and apartment complexes), redefining the act of “creating one’s own space with a timeless aesthetic.”

Space organization through “Brand-New, Amazing Tidying Up” becomes a new hobby for many

It is interesting that with people spending more time at home, there is an increasing number of people who have taken up space organization as a hobby following the broadcast of “Brand-New Amazing Tidying Up.” While, in the past, people's hobby activities tended to lean towards active activities such as outdoor activities, viewing of content such as text and video and various types of activities involving making things, lately, the whole series of processes associated with gaining satisfaction through the act of adding a sense of stability to one's resting space through space organization has been incorporated into the scope of hobby activities. In fact, since the broadcast of the show's first episode in late July, books themed on organization and minimalism have been consistently ranked at the top position of weekly best seller lists in the hobby and home categories from South Korea’s major online bookstores, demonstrating the tidying up craze has taken off.

PDs Yoo-Gon Kim and Sang-ah Kim, who are in charge of directing “Brand-New, Amazing Tidying Up,” said, “The Korean word “shinbak” means brand-new and amazing in English. While tidying up is not a new concept, I think it can be brand-new and amazing depending on to whom it is applied and how it is applied. Feedback from viewers saying that tidying up brings fresh vibrancy to the tedium of everyday life is very meaningful to us, and we're grateful for that. Going forward, we will continue to endeavor to convey to viewers of the show the feeling of strange newness and pleasantness that one can get from tidying up.”