CJ CheilJedang is set to embark in earnest on accelerating the growth of its frozen pizza business. The company will focus on expanding its influence in the South Korean market by launching into the market products from U.S.-based Schwan's Company, which was acquired by CJ CheilJedang last year. In addition, the company also plans to grow the stagnant frozen pizza market in South Korea by comprehensively upgrading its existing Gourmet pizza lineup through technology exchanges with Schwan's Company. 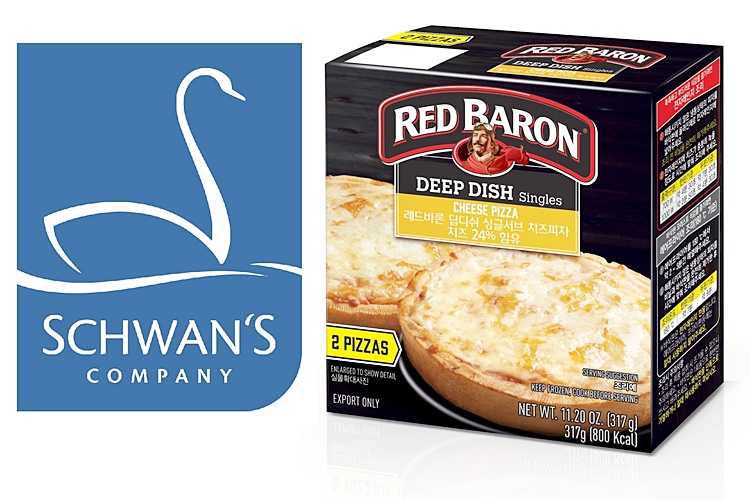 According to statistics from Nielsen, the South Korean frozen Pizza market drew attention with its explosive growth for three years, increasing in size from 19.8 billion KRW in 2016 to 88 billion KRW in 2017 and to 95.2 billion KRW in 2018. However, the market was later estimated to be worth about 58.7 billion as of November 2019, signifying a sharp drop by more than 30% from the same time in the previous year, when the figure was 86.7 billion KRW.

CJ CheilJedang determined the reason of the market stagnation to be the limited quality of the South Korean products and the lack of manufacturing technology. The company's analysis came to the conclusion that when the market was in the early stages of growth, it attracted large numbers of consumers thanks to the cost-effectiveness of the products, but over time, the quality of the products dropped, with the dough being tougher and soggier than that of pizza sold in restaurants and pizza franchises. It was also found that the toppings were scantier, resulting in insufficient product repurchases.

The company also cited a lack of manufacturing technology as other reason. Not only was frozen pizza a product relatively unpopular with consumers compared to other frozen food products, such as dumplings, but also the market for it was still in its nascency. For those reasons, the manufacturers didn’t have enough manufacturing experience and were also relatively lacking in terms of technology due to the insufficiency of information, trend analysis and technical exchanges.

To address these issues, CJ CheilJedang launched “Red Baron,” Schwan’s Company's iconic frozen pizza brand into the South Korean market. Red Baron is a highly popular U.S. brand that has been selling authentic American-style frozen pizza since its debut in 1976. The product CJ CheilJedang will be releasing into the market this time around is Red Baron's Deep Dish Cheese Pizza, notable for the crispy dough characteristic of deep-dish pizza and its rich cheese flavor.

CJ CheilJedang has chosen deep dish pizza in keeping with trends for its rich, excellent-tasting cheese in order to reinvigorate the stagnant consumption of frozen pizza. In fact, a variety of processed foods containing cheese are gaining huge popularity in South Korea, and deep-dish pies in the style of Chicago pizza are also drawing attention in the country's restaurant industry. CJ CheilJedang plans to continually expand its influence in the market by following the launch of the product with other deep-dish products, including Deep Dish Hawaiian Cheese Pizza and Deep Dish Bacon Cheese Pizza.

CJ CheilJedang will also embark on securing advanced technology, concentrating on developing technologies that will enable to lead the market by making full use of its own frozen food manufacturing capabilities and Schwan’s Company's 50 years of expertise in pizza R&D and manufacturing technology. CJ CheilJedang plans to upgrade its main product, Gourmet pizza, based on the advanced manufacturing technology it is set to acquire and to lead the growth of the South Korean frozen pizza market in terms of both quantity and quality by producing frozen pizza in earnest from its Jincheon BC in the second half of this year.

Kim Sook-Jin, leader of CJ CheilJedang’s Refrigeration Innovation Team, said, “Due to a lack of technology in creating the taste and quality of pizza, the South Korean manufacturers failed to satisfy the needs and taste buds of consumers, so accordingly, we've mapped out our strategy with a focus on resolving that failure. Based on this new strategy, we will spread the perception that frozen pizza is as good as pizzeria pizza with the ultimate goal of reinvigorating South Korea’s frozen pizza market.”

Red Baron’s Deep Dish Cheese Pizza, which CJ CheilJedang will soon launch into the South Korean market, can be easily cooked using an air fryer and can be enjoyed as a snack. It is deep and rich in flavor due to abundant cheese toppings, and its dough is crisp with distinct layers having been fermented and ripened in multiple steps. Red Baron's Deep Dish Cheese Pizza will be available at supermarkets in South Korea from the end of this month for 5,980 KRW per package, with each package containing two plates of pizza.

Next
CJ ENM Plans to Grow OCN into the World’s No.1 Storytainment Channel

Previous
Yoon Je-Kyun, director of 'Ode to My Father', talks about why everyone said, “We are screwed,” on the first day of shooting