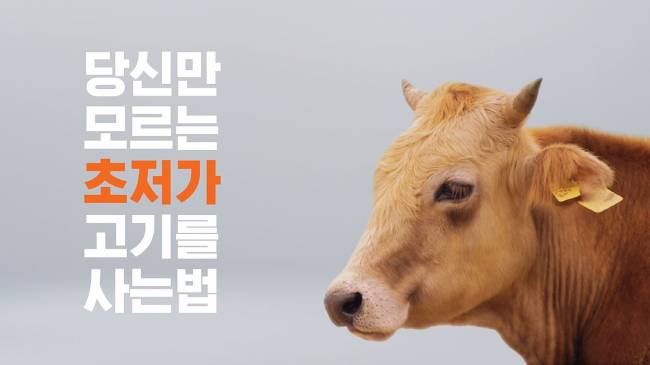 CJ Freshway (CEO Moon Jong-Seok) announced on January 17 (Friday) that it won the Grand Prix, the highest prize, at the ‘&Award 2019’ event hosted by the Korea Digital Enterprise Association.

&Award, which celebrates its 13th anniversary this year, is the most renowned digital media awards hosted by the Korea Digital Enterprise Association and is officially sponsored by the Ministry of Science and ICT, Korea Broadcast Advertising Corporation and Korea Internet & Security Agency. Entries across 64 categories go through a strict 3-step screening process conducted by field experts, CEOs and external experts in that order before the winning entries are selected.

CJ Freshway took home the Grand Prix, the highest prize, in the ‘Shopping’ category within the ‘Digital AD & Campaigns’ segment at &Award 2019.

Based on the fact that the target customers of this service are domestic food service owner-operators, the main theme of the launching campaign ad for the ‘Meat Solution,’ which is CJ Freshway’s B2B platform for directly trading meat, was something that the so-called ‘restaurant owners’ can identify with.

Also, the phrase coined by the company ‘Only you don’t know how to buy super-cheap meat’ depicted the meat market, well known for its complex distribution structure, in an interesting way, with images being created to build awareness of how using the Meat Solution would make it possible to buy brand meat, imported from overseas packers in the US, Australia, etc., at ‘super-low prices.’

“It seems that our ad was highly rated as it did such a great job of describing the concept of the Meat Solution, e.g. supplying livestock products through direct trading,” said Park Young-sun, head of the Online Business Division at CJ Freshway. “We will continue to do our best to supply high-quality products to our business customers at reasonable prices.”

In other news, CJ Freshway also received the Grand Prize at last December’s ‘Smart App Awards 2019’ in the specialized shopping category within the brand shopping segment in recognition of the convenience and excellence of the Meat Solution mobile application.