Ji-min Han, Hye-gyo Song, Hyo-ri Lee and Ji-sup So. What do these superstar heartthrobs have in common? The answer is each one of them had a Su-S-S helping them. A Su-S-S is short for a superstar stylist. It is the most well-known expression that describes stylist Hye-yeon Han, who is also a master mentor in the Fashion & Beauty segment for CJ Donors Camp’s culture clubs for youth.

On December 7, a special lecture was given at CJ O Shopping's head office by the master mentor in the Fashion & Beauty segment for culture clubs for youth. The lecture was one of the things that the students in the Fashion & Beauty segment had been looking forward to the most. The students met with stylist Hye-yeon Han and asked her questions to their hearts’ content. The passion of the young students moved stylist Hye-yeon Han greatly. Now, let’s take a glimpse into the day the lecture took place.

Find out What You Really Want

“Where should I start to become a stylist?” That's the most frequently asked question to stylist Hye-yeon Han. She told the students that what is more important than an answer to the question is to find what they really like to do and to be passionate about becoming who they want to be. 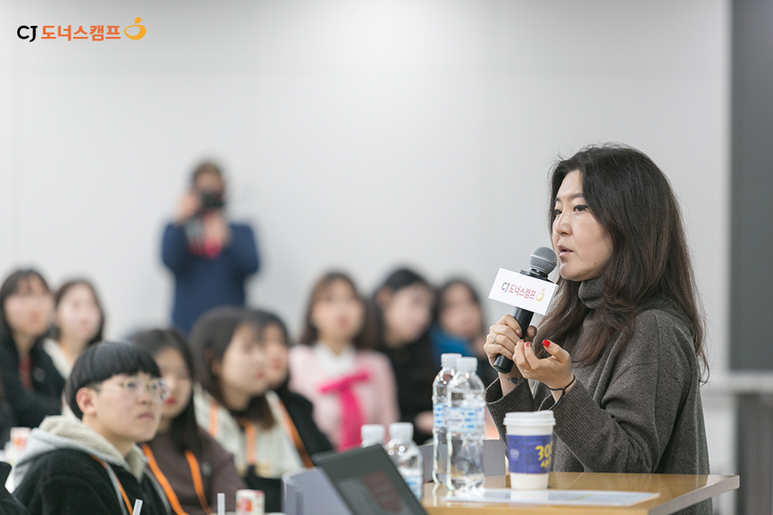 She went on to tell the students that when she was a kid, there were not many opportunities to get information about fashion and stylists. She quenched her thirst by reading fashion magazines and dressing paper dolls in clothes she had made by drawing on paper. When she was studying design at university, stylist Hye-yeon Han realized that she had more aptitude for coordinating fashion items than for creating her own designs.

She also added that she discovered her talent as a stylist while working as an assistant for a fashion magazine, following a suggestion by a professor at the school she had attended abroad. She emphasized to the students that reading, hearing and seeing a lot of things is very important to discover what they truly like and what they are good at. However, stress is unavoidable even when you are doing what you like or what you are good at. Therefore, doing what you like is even more important. Because, in that way, you can find satisfaction in your work. Stylist Hye-yeon Han told the students that she has never once thought about quitting her job working as a stylist. She also told them however that she has seen some of the colleagues she recently got to know at work give up too quickly and even saw some fall into despair because they regarded giving up as a failure. Stylist Hye-yeon Han said giving up never equates to a failure. "I think there is no failure in life.
There is only feedback."

According to her, an experience is meaningful enough if you have gained at least one thing from the experience. It is good advice for young people to always keep in mind, for whom there are far more things to experience going forward than what they have experienced so far.

In the lecture room, there was a memo board upon which the students had attached Post-It notes containing questions prior to the beginning of the special lecture. Stylist Hye-yeon told the students that in addition to the questions written on the Post-It notes, they could even ask her any real-life questions they wanted answered. A. I started off working for a fashion magazine. Then, I got a job working as a stylist for celebrities and then started doing styling work for commercials. At that time, I met Hyo-ri Lee. I had heard from many that she was difficult. All I needed to prepare for her was a pair of jeans and a white tee. For that, I gathered and brought with me all different types of jeans and white tees available in the world, varying in terms of fit, inseam, etc. After the completion of the commercial's shooting, I started working for Hyo-ri Lee.

If you are prepared for an experience, you can take away much more from it. Opportunities come so randomly, don’t they? What became an opportunity for me was not Hyo-ri Lee’s commercial shooting schedule having come to my hand; it was my thorough preparation. Never cease to do legwork and always try to see and learn as many things as possible. You must distinguish yourself. You’ve got to prepare in order to create a significant opportunity for you.

Q. How did you get through the most challenging times in your career?

A. As you go along in your career, there come times when things get tough. It can be a sudden shortage of work from clients, or it can be your dissatisfaction with the results of your own work. In my case, when a low point comes, rather than dwelling on it, I resolve not to make the same mistake again.

Q. How did you become one of the best in the field of styling?

A. I honed my skills in a single domain while other people dabbled in other things, too. I also tried things that I wanted to do without hesitating. I tried many things in the field of styling. I did some home shopping stuff and some YouTube stuff as well. When I started doing the YouTube stuff, people asked me why I was doing that. To that, I remember answering, “Say whatever you want, I’ll do it on my way. Just don't kick yourself for not doing it yourself later.” When I feel like doing something, I tend to do it without hesitating. Q. What should I do to find my own style?

Q. Who is the designer you admire the most?

Q. Any advice on how to keep up with trends?

A. For instance, all brands that showcase their products at Seoul Fashion Week have social media accounts. You just need to follow those accounts. Seeing the trendy looks in person is the best though, of course. However, given the speed of information spreading, the fastest way to figure out the latest trends is through social media.

After hearing a variety of concerns and questions from the young students, stylist Hye-yeon Han ended the lecture saying the following, “Set goals that can be attainable in a short amount of time. Gain confidence by achieving goals that you can work on right now!”

The young students are slated to showcase their work in January next year. As such, they simply could not afford to miss out on the opportunity to get advice from a Su-S-S. Each club presented the theme of the clothes they are working on and based on the questions she was asked, stylish Hye-yeon Han gave her feedback on their creations. ISUS STUDIO is making clothes with the themes of birth and death. Stylish Hye-yeon advised that given the complexity of the themes, it’d be better for the clothes to be able to convey a clear message. She suggested that they put more work into the details of the clothes, such as the glitter they applied, and make it so that the two themes are in clear contrast with each other while still connecting in some form. In short, make the clothes even more conceptual!

Fabriz presented retro looks inspired by the ‘70s and ‘80s, created using denim and glitter leather. Stylist Hye-yeon Han told them that the important thing when creating a retro look is not showing the past as it was but is instead about adding a modern touch to the look. AKA “newtro.” Her point was that you only need to take some distinct elements from the fashions of your desired era. She also stressed to them that while making clothes is important, styling them is equally as important.

Segurubabe's theme is duality. Under the assumption that everyone has a dark side and a bright side, each member of Segurubabe put their own unique spin on the theme. The main colors are black and white. They also used accentuating colors befitting their clothes. Looking at their bold clothes, stylist Hye-yeon Han told them that she was reminded of the Parisian brand “Thom Browne.” She told them that all of their clothes made her think, “Fetishism can be beautiful when pushed to extremes.” She advised that they make their clothes look more refined by employing a monotone look and applying more varied materials.

Blood-boiling 8th Graders are preparing season-specific looks with the theme of the four seasons. They enthusiastically asked her about reformed garments that use fur in particular. Stylist Hye-yeon Han told them that using fur does not always mean that fur needs to be worn, proposing bold looks such as hanging cut pieces of fur on the garment. 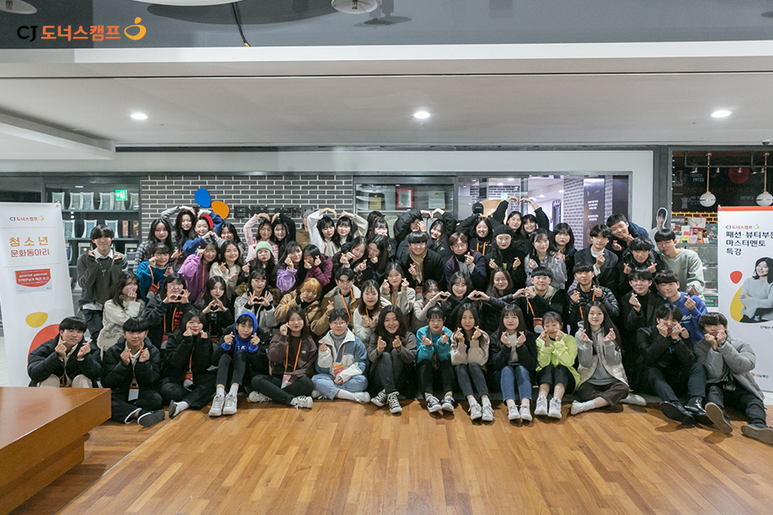 She told them that when a group of people are working together with the same theme, things may not always go according to plan. She emphasized the importance of doing pre-production work thoroughly so that the group members can calmly resume finishing the garment even when the theme can no longer be retained. She told the young students that hearing about their design themes and production processes had given her even higher expectations for their showcase.

We hope that the special lecture gave much inspiration to the young students and took them a big step closer towards their dreams. Let's root for them to do a bang-up job at their January showcase!