- CJ Logistics held a launching event for the terminal on the 28th in Bang Na of Bangkok, attended by some 200 people including Korean and foreign officials and members of the local press.
- The terminal boasts the highest parcel processing capacity and the best automated facilities in Thailand, and CJ Logistics plans to expand its nation-wide network in Thailand by 2020
- CJ Logistics is accelerating the expansion of its Southeast Asian logistics territory, with Thailand as a bridgehead. “We will provide one-stop logistics services throughout Southeast Asia.” 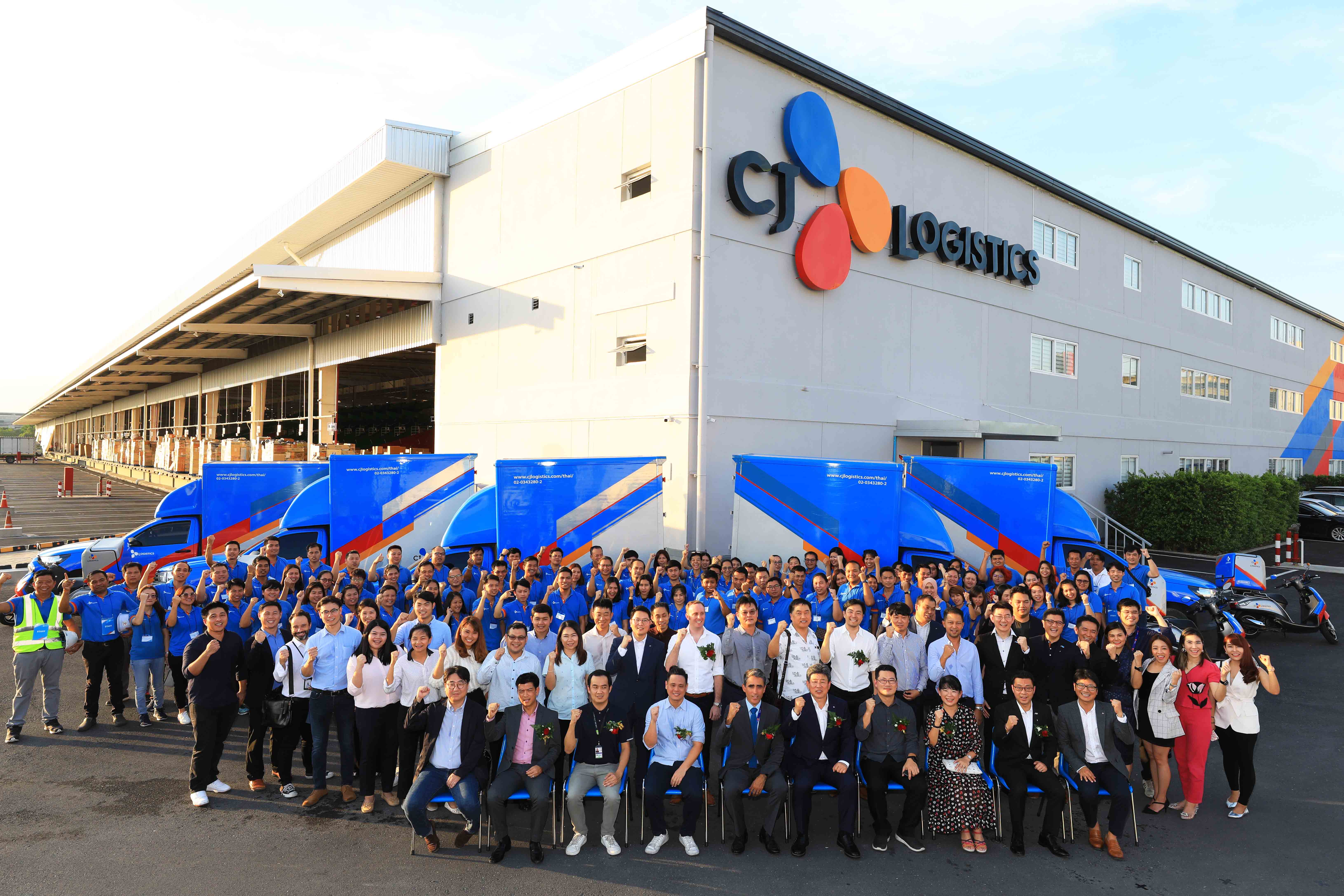 CJ Logistics announced on the 28th that the company held a launching ceremony for its Thai central logistics center in Bang Na, Thailand “CJ Logistics Smart Hub Bang Na,” which had adopted South Korea's state-of-the-art parcel sorting delivery system. The ceremony was attended by some 200 Korean and overseas officials, including CJ Logistics officials such as Chung Tae-Young , Vice President of Parcel Business Unit and Thai subsidiary head Lee Jeong-Lim and officials from CJ Logistics’ major clients that are leading Thailand's e-commerce market, such as Lazada, GCJ, and TVD. Moreover, reporters from 12 local media companies including Thai Daily News and Prachachart Turakij also joined the launching event to cover the event and the terminal’s facilities, demonstrating a high level of local interest in the opening of Smart Hub Bang Na.

Smart Hub Bang Na is CJ Logistics’ first overseas logistics hub that has adopted South Korea’s TES (Technology, Engineering, System & Solution) technology. With a floor area of 71,900 square meters (22,000 pyeong), Smart Hub Bang Na will be made capable of sorting up to 400,000 parcels a day through additional facility investment, and it is considered to be of the highest caliber in Thailand, both in terms of facility size and sorting capacity.

In particular, Smart Hub Bang Na has adopted the wheel sorter, which automatically sorts delivery boxes by delivery area based on the information scanned via an intelligent terminal system (ITS). The wheel sorter, by effectively replacing the existing manual sorting method involving human eyes and hands, has shortened the sorting time and improved efficiency. In addition, Smart Hub Bang Na is located in a transportation hub that intersects the north, south, east and west of Thailand, and also located close to a local e-commerce client's logistics center. For such reasons, it is expected to be able to provide faster and more efficient delivery service.

CJ Logistics plans to significantly expand its nation-wide delivery network in Thailand by hiring more delivery personnel and building more sub terminals equipped with a region-specific sorting system. The company has decided to increase the number of its sub terminals from the current 90 to about 120 as well as the number of its delivery personnel to 2,200 by 2020 in a bid to strengthen its delivery capacity and services. In addition, the company also plans to further develop its delivery management system through the adoption of IT technologies related to Korean delivery service such as a parcel delivery system, a smartphone app dedicated to delivery personnel, and a parcel tracking system.

The Thai parcel delivery market is growing rapidly in line with the Fourth Industrial Revolution, which has resulted in the spread of mobile devices, the rapid growth of the e-commerce market, and so on. E-commerce in Thailand was valued at 23 billion USD (about 27.2 trillion KRW) as of 2017, and it is predicted that by 2020, 50% of total retail sales in Thailand will be generated online. The Thai e-commerce market is growing rapidly, at a rate of nearly 20% per year. The Thai government plans to grow Thailand into a hub of the ASEAN market in line with its “Thailand 4.0” policy by fostering the high-tech industry and supporting the adoption of electronic payment systems. As a result, Thailand's logistics market for consumables including parcel delivery services is expected to grow. Thailand's daily average parcel delivery throughput is estimated at about 3 million parcels, and CJ Logistics is competing with the likes of DHL, Hong Kong-based Kerry Express, and Thailand's largest public corporation, Thailand Post.

An official from CJ Logistics said, “CJ Logistics plans to expand global business based on Smart Hub Bang Na in Thailand, which is a critical hub of Southeast Asia. We will endeavor to provide one-stop logistics services throughout Southeast Asia not just by focusing on the parcel delivery business but also by creating synergy effects between various logistics businesses such as contract logistics and forwarding.

Meanwhile, CJ Logistics has been accelerating its efforts to become one of the world's top 5 logistics company through aggressive M&A activity since 2015. In 2016, CJ Logistics acquired Malaysia’s Century Logistics, and in 2017, India’s leading transport company Darcl Logistics became a new family company of CJ Logistics and so did the shipping and logistics subsidiaries of Gemadept, Vietnam's biggest logistics company. In addition, CJ Logistics established CJ Transnational Philippines, a joint venture with the Philippines’s TDG Group. By forming such a tightly connected network throughout Southeast Asia, CJ Logistics plans to provide personalized comprehensive logistics services that cater to customer demand.

CJ Logistics currently operates in 148 cities in 37 countries around the world and has 266 overseas bases. Based on such global network and its own state-of-the-art TES logistics technology, CJ Logistics provides international logistics services distinguished from its competitors. In addition, through exporting its K-logistics platform, the company enables not only Korean companies, but also its global clients, to establish efficient logistics systems, and has been contributing to enhancing competitiveness.