Global fusion and convergence content commerce company, CJ ENM, is kicking off the ‘Year of 1 Million in KCON Attendance’, pushing for the global expansion of Hallyu with the largest-ever KCON in history. It expanded its venue this July, by relocating to Madison Square Garden, the global landmark in Manhattan, and Jacob K. Javits Convention Center. LA KCON will be extended by additional days, and the KCON convention in Thailand will also enjoy a larger scale. All in all, this KCON is set to be the largest ever in history.

CJ ENM to hold KCON in four regions: Japan (Tokyo) in May, the US in July - August (NYC, LA), Thailand in September (Bangkok) On the 15th, CJ ENM announced that KCON will be held in four different regions ▲ Japan (Tokyo) in May ▲ the US in July - August (NYC, LA) ▲ Thailand in September (Bangkok) Eight years after its inception, KCON is on the cusp of reaching a million in worldwide attendance. It is the largest K-Culture festival that has seen a total of 823,000 participants from North America, Europe, Asia, the Middle East, Latin America, and Oceania.

This year, some of the convention's programs have been turned into their own brands to better serve the local characteristics of Hallyu. The launching of this 'KCON Spin-Off' program is expected to attract regional fans. 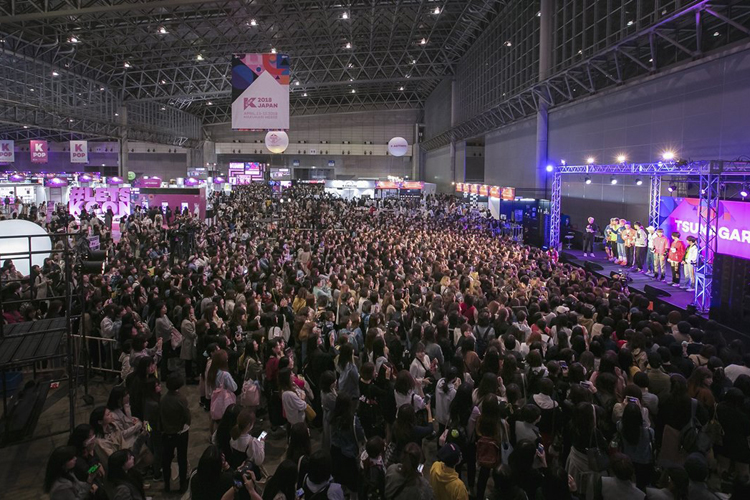 With the hosting of the largest KCON in history, CJ ENM is branding select programs from the convention that takes place during the day. This provides a foundation for future opportunities to host spin-off events independently from KCON.

Local Hallyu trends, based on KCON locations, will be characterized and made more specific into their own brands (▲ KCON GIRLS (Beauty) ▲ KCON ROOKIES (showcase from up-and-coming artists)) in order to greatly enhance the convention's appeal

Starting from May 17th to 19th, the KCON convention will be held for three days in Makuhari Messe International Exhibition Hall in Chiba, Japan. It features contents targeted toward the main audience of KCON in Japan, namely women in their teens to their thirties, offering programs that intertwine Korean girl groups, K-Beauty, and K-Fashion together. With contents that encompass women's lifestyles, it will serve as the catalyst for the 'third Hallyu wave' that has expanded into cosmetics, food, and local lifestyle in general since last year through the use of social media.

▲ View of Madison Square Garden in NYC, a global landmark, where KCON NY 2019 will be held in July

In the US, the first country to have hosted a KCON, this year's event is set to be the largest ever by expanding the venue (NYC) and extending convention days (LA). On July 6th and 7th, by moving into world-famous Madison Square Garden and Jacob K. Javits Convention Center in Manhattan, New York, it is expected to enhance the influence of KCON and Hallyu in the heart of the US mainstream. 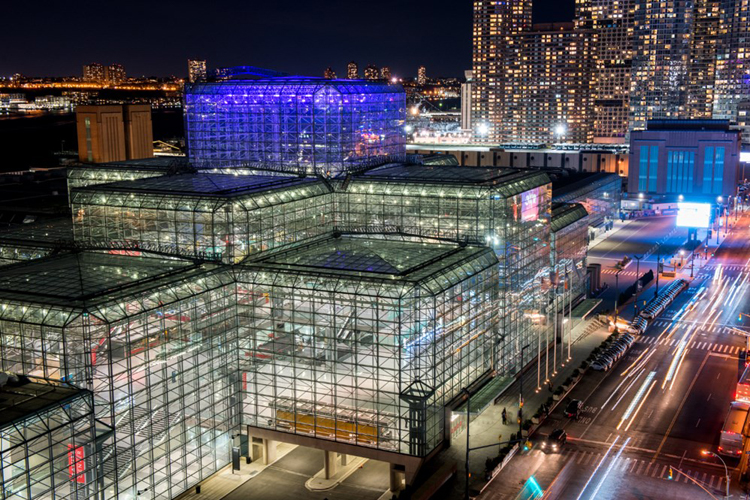 ▲ View of Jacob K. Javits Convention Center in NYC, where KCON NY 2019 will be held in July

The Madison Square Garden, which was opened in 1968, has hosted various sports matches and concerts for world-famous artists such as Michael Jackson and Madonna. It is a multi-purpose indoor arena as well as one of the leading landmarks of Manhattan. It is also home to NBA's New York Knicks and NHL's New York Rangers. At the Jacob K. Javits Convention Center, new programs will be launched that leverage fashion, beauty, and music influencers from both Korea and the US, also reinforcing the appeal of Korean pop culture in online platforms.

LA's KCON drew 94,000 in attendance last year, and this time, it is being held in LA Staples Center from August 15th to 18th. The convention will last for four days, up from last year's three. As part of the branding for the convention programs, a new showcase will introduce rising K-Pop artists to local fans. In addition, a variety of hands-on contents in K-Beauty and K-Food will also be offered, so that attendees will have a chance to experience Hallyu. Noted for the first KCON even in Southeast Asia, KCON in Thailand will be doubled in scale from September 28th to 29th at Bangkok Impact Arena and Impact International Convention Center, marking the final KCON in 2019.

CJ ENM: "This is the 'year of 1 million in KCON attendance'... we aim to provide more opportunities for everyone in the world to experience all aspects of Hallyu"

"Since the first KCON in America that attracted 10,000 attendees in 2012, we are now on the cusp of achieving a million total participants, a hundredfold increase. It's been based on the strategic philosophy from top management to spread K-Culture around the globe in order to empower our national brand," said Shin Hyeonggwan, CJ ENM Director of Music Contents, who is overseeing KCON. "This year, popular Hallyu genres will be optimized for the characteristics of KCON locations and offered as an independently branded convention program. Furthermore, with more coverage in venues, we will do our best to provide more opportunities to a larger number of global audiences for enjoying Korean pop culture," he also revealed.

KCON first started out in California in 2012. It is the largest K-Culture festival in the world that has been spreading Hallyu to global fans by linking the latest Korean contents, such as crowd-drawing K-Pop concerts, beauty, fashion, lifestyles, and dramas. CJ ENM aims to lead K-Lifestyle's positioning as mainstream global culture through KCON this year.