CJ CheilJedang announced on the 19th that its Bibigo brand took part in The Players Championship, an annual golf tournament on the PGA Tour, as an official sponsor and offered visitors a taste of Korean culinary culture. The Players Championship was held at the Players Stadium Course at TPC Sawgrass in Ponte Vedra Beach, Florida, from the 14th to the 17th (local time). 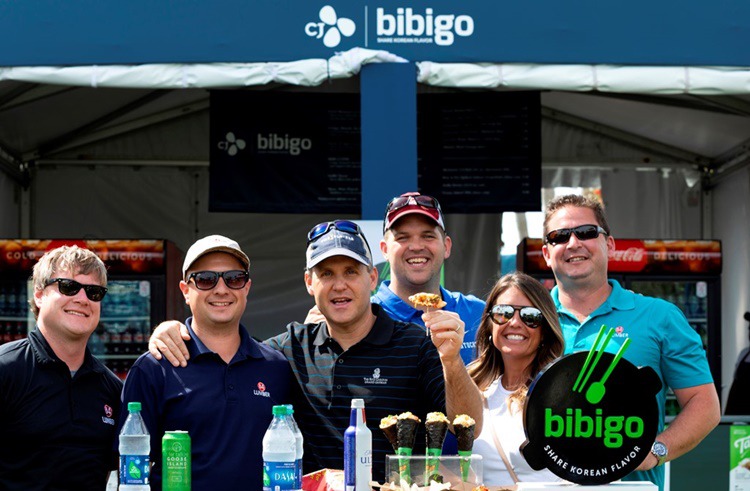 ▲ Golf spectators after trying Bibi-cone at the Taste Bibigo booth

This event was planned to increase Bibigo’s brand awareness and promote hansik in the US following its participation at the Genesis Open, another PGA golf tournament, in February. CJ CheilJedang operated the Taste Bibigo concession booth on-site throughout the tournament. The booth offered Bibi-cone (bibimbap shaped like an ice cream cone), Mandu (Korean dumplings), dakgangjeong (Korean fried chicken glazed in a sticky sweet sauce) made with Bibigo Dakgangjeong Sauce, mini chicken wanton, and tacos with galbi (Korean beef short ribs), all of which received rave reviews. 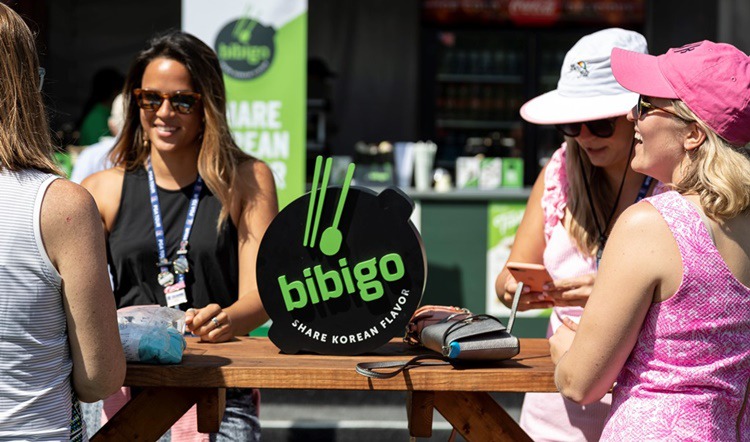 In particular, there was an overwhelming response to Bibi-cone as word-of-mouth spread from golf spectators who had already tried this ice-cream-cone-shaped bibimbap. There were also countless inquiries about where to purchase Bibigo’s sauce products from those who sampled dakgangjeong made with Bibigo’s Dakgangjeong Sauce and mini chicken wanton.

A variety of programs operated to promote hansik, including the sampling of Bibigo Seawood Crisps 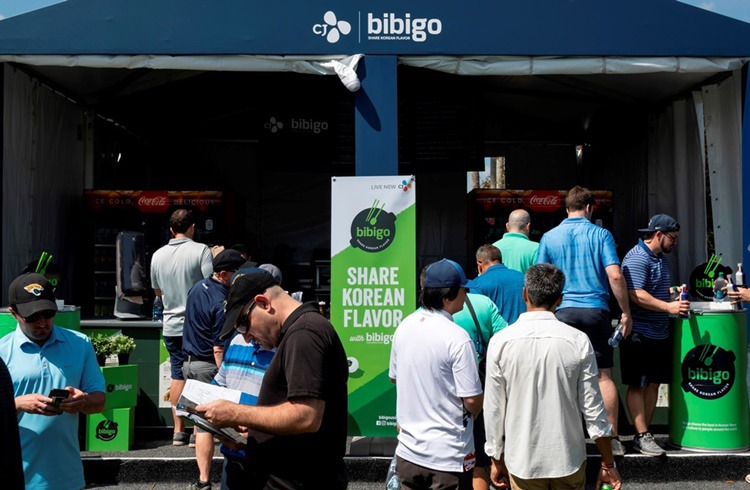 Prior to the start of the Championship, CJ CheilJedang staged a variety of programs highlighting the aesthetic appeal of Korean food. On the 12th, we introduced the Bibigo brand to 100 PGA staff members and press members by offering a wide range of sampling foods. On the 13th, we staged a signing event with golfers sponsored by CJ, including Kim Si-woo, An Byeong-hun, and other PGA Tour players, at the Bibigo booth. Samples of Bibigo Seaweed Crisps were also offered at the event, attracting an even greater number of spectators.
CJ CheilJedang drives the globalization of hansik through the Bibigo brand!

We believe that the sampling event at the Championship served as great momentum to promote Bibigo around the world as The Players Championship is the unofficial fifth men’s major golf championship, drawing the world’s top golfers and the multitudes of spectators who come to watch them play. We are scheduled to take part in six more championships on the PGA Tour, including the Tour Championship in the US and The CJ Cup in Jeju-do.

Manager Park Eun-sun in charge of Bibigo at CJ CheilJedang said, “We are using the Bibigo booth as a testbed for the development of products suited for the US, which is one of the markets of strategic importance, and for reinforcing our marketing based on evaluations and responses collected on-site.” She added, “We plan to increase the supplies of Bibi-cone, Mandu, etc., which have received favorable comments, for the remaining sampling events to provide more opportunities for local residents to experience Bibigo products and drive the globalization of hansik.”