CGV 4DX is proving to be a success throughout the world! 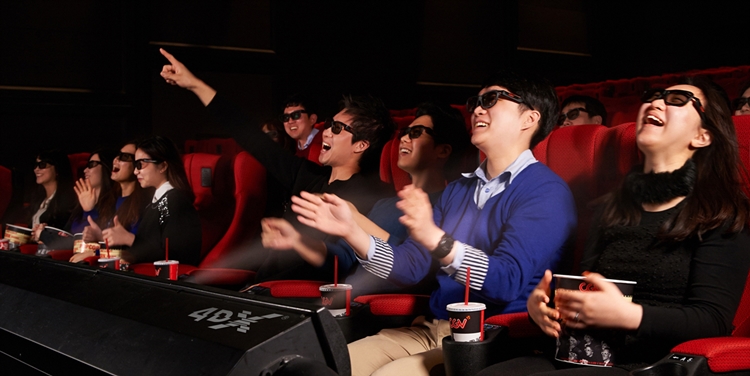 The speed of expansion of 4DX theaters is accelerating at a rapid pace. 4DX was installed in 139 theaters in 30 countries in 2018, bringing the number of 4DX theaters around the world to over 600. 4DX has become the global representative special theater both in name and reality.

|Overseas growth stands out
In December 21, 2018, the 600th 4DX theater was opened in Cines Kinépolis Madrid Diversia, located in Madrid, Spain. ‘Aquaman’ was shown first in 4DX, followed by ‘Bumblebee,’ and others, attracting a great deal of attention from local viewers.

Its growth in Europe is really standing out. 46 4DX theaters were additionally launched in Europe last year. In particular, it made inroads into Denmark and Sweden for the first time, advancing into Northern Europe in high gear. As a result, the proportion and box office of viewers in Europe, which accounted for just 10% of all 4DX theaters, exceeded 20% last year for the first time. The total number of European 4DX viewers increased from 3.12 million in 2017 to 5.78 million in 2018.

The box office also more than doubled compared to 2017. Among European countries, in France, the number of viewers exceeded 1.2 million last year just one year after its introduction, and the box office increased 7 times from USD 3.2 million in 2017 to USD 23 million in 2018. Currently, there are 127 4DX theaters operating in 23 European countries. 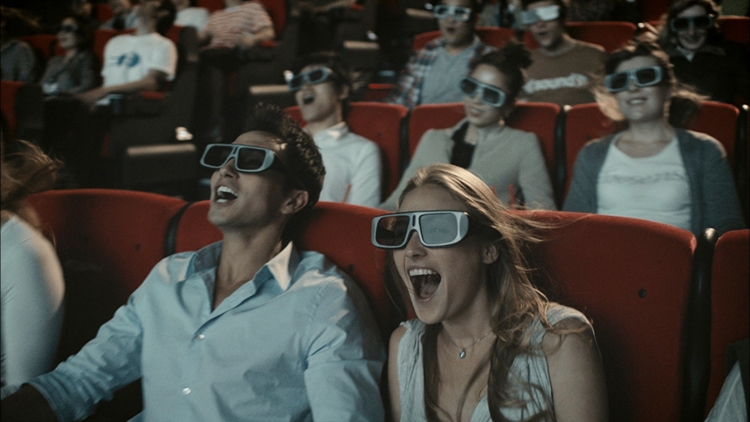 In addition, CJ CGV entered into an agreement last April for introducing 79 additional 4DX theaters to ‘Regal Cinemas’ of Cineworld Group plc, the world’s second largest movie theater operator, to accelerate its foray into the North American market. This underscores the fact that global movie theater operators have a great deal of interest in 4DX.

|The largest number of viewers in Korea in 2018

The same can be said about Korea, where the largest number of viewers watched 4DX last year. In 2018, a total of 2.58 million viewers watched 4DX movies, up by about 40% over 2017. Many 4DX movies like ‘Avengers: Infinity War,’ ‘Along with the Gods: The Last 49 Days’ and ‘Ready Player One’ were consecutive box-office hits. In particular, ‘Harry Potter and the Sorcerer's Stone’ was released again in 4DX 17 years after its initial release, drawing 260,000 viewers, ranking No. 3 among re-releases. ▲A representative image of CGV 4DX.

“Last year, 9 years after 4DX was first introduced in 2009, the number of domestic and overseas viewers exceeded 20 million, and more than 600 4DX theaters were opened,” said Jong-ryul Kim, CEO of CJ 4DPLEX. “This year, the total box office of all 4DX theaters in the world will amount to USD 300 million, and we will also push forward with global expansion of the world’s first ‘4DX with ScreenX,’ a combination with the special multi-screen theater ‘ScreenX.’”

4DX is a special theater offering multi-sensory experiences. It is a full-length film theater that CJ 4DPLEX successfully commercialized for the first time in the world. As special environmental equipment is combined with motion chairs, the chairs move or vibrate, wind blows, water splashes, or scents are sprayed according to the particular scenes of the movie, thus delivering various effects to all five senses. The core technology is the sophisticated 4D programming in consideration of the flow and emotions of the movie, and is looked upon as the creative result of combining IT with cultural sensitivity. Currently (As of January 7), 613 4DX theaters are being operated in 62 countries, including Korea, China, US, Japan, UK, India, Mexico, Canada, France, South Africa and Australia.

Next
CJ ENM 'Odense' is enthusiastically received at ‘HOMI’