CJ CheilJedang used ‘bibigo’ to spread the culinary culture of Korea at a world-class US PGA tournament, the 2018 Northern Trust.

CJ CheilJedang announced on August 26 that bibigo became an official sponsor of The Northern Trust and promoted Korean food. The tournament was held on the Ridgewood Country Club in Paramus, New Jersey from August 21 to August 26. 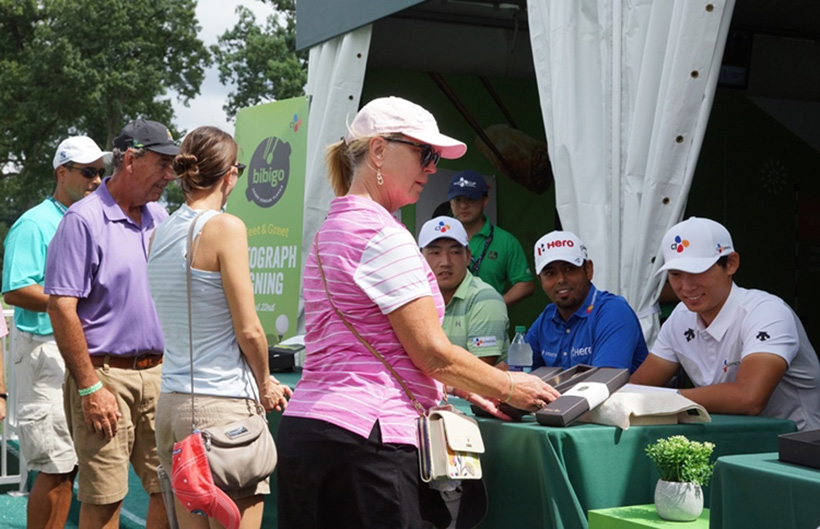 ▲Players signed their autographs for their fans in the bibigo booth at the venue of the Northern Trust PGA tournament, sponsored by CJ CheilJedang’s bibigo.

This event aimed to enhance public awareness of the bibigo brand and promote Korean food in the US before THE CJ CUP @ NINE BRIDGES, the only regular PGA Tour competition in Korea that will be held this coming October. CJ CheilJedang operated the 'bibigo Tasty Road' booth at the venue during the competition. This event emphasized the promotion of Korean food with a focus on ‘bibigo Dumplings’ that is popular in the US.

At the booth, the ‘bibigo!, Beer-Go!’ campaign was held in the same way as the Wangmaek (Dumplings & Beer) campaign, which was a hit in Korea. CJ CheilJedang made ‘bibigo Dumplings’ into popcorn-type ‘POP Dumplings’ and sold it as a snack that people can enjoy with beer. The visitors who tasted the menu selections had many positive things to say, such as, “The combination between Dumplings and beer is amazing, and it tastes great!” 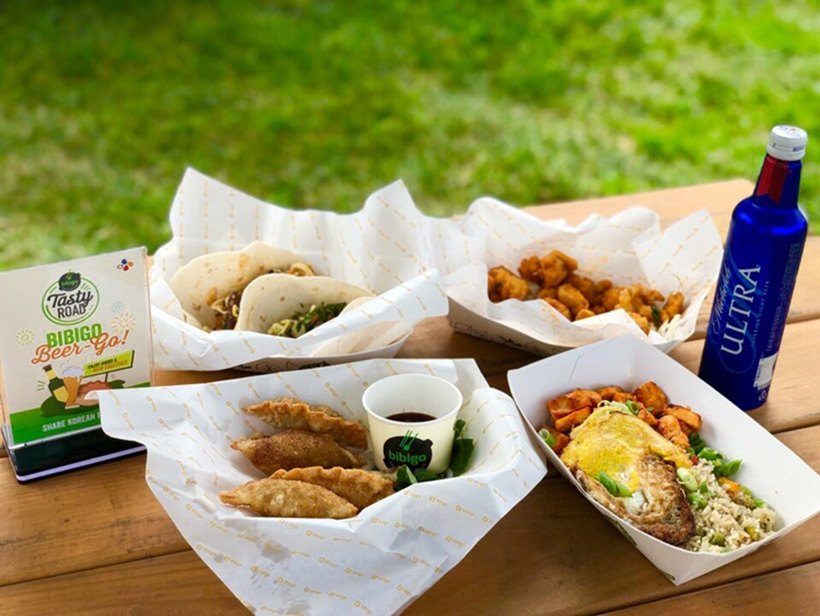 ▲The bibigo booth introduced ‘bibigo Dumplings’ together with beer during the ‘bibigo!, Beer-Go!’ campaign.

CJ CheilJedang also arranged an event in which people can meet PGA players in person at the bibigo booth. At the Pro-Am on August 23, CJ-affiliated golfers like Meen-whee Kim and Byeong-hun An and PGA players held a signing event at the bibigo booth. As people had a chance to sample such products as ‘bibigo Mini Wontons’ and ‘bibigo Gochujang,’ the booth was crowded with visitors.

CJ CheilJedang believes that the official sponsorship of this competition was an excellent opportunity to promote bibigo around the world. The Northern Trust is the opening tourney of the PGA Fedex Cup Playoff Series. As only top rankers, those who rank 125th place and up, can participate in it, many people visited the venue. During last year’s broadcast, as many as 21 million people watched it on average, and about 100,000 people came to the venue to watch the competition in person

"We became an official sponsor to naturally promote bibigo to people through sports," said Eun-seon Park, head of the CJ CheilJedang bibigo Team. "We will concentrate on helping bibigo grow into a global brand representing CJ CheilJedang, and lead the Korean food globalization fever by using bibigo to tout the excellence and legitimacy of Korean food around the world"