Tous Les Jours is applying a new model to Indonesia following China and Vietnam, and establishing itself as the leading premium bakery. A global dining culture enterprise, CJ Foodville (CEO Seong-pil Jeong), announced on August 21 that it would open Chitose store with a new-concept, in Jakarta, Indonesia. 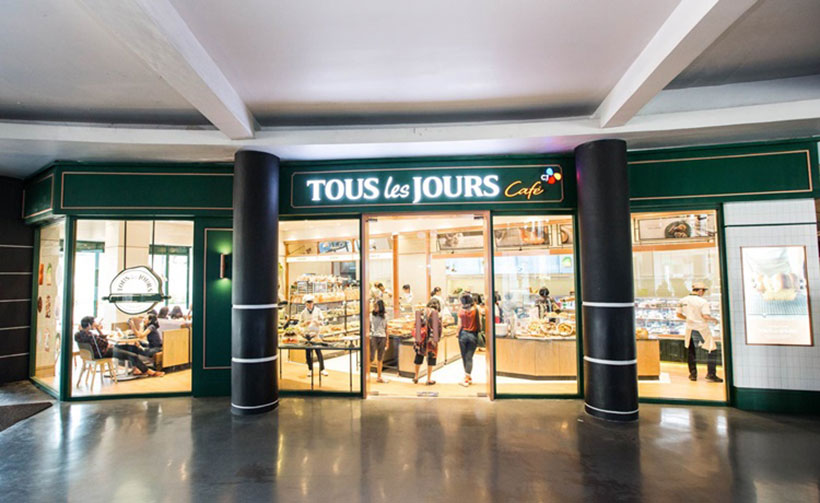 ▲The Tous Les Jours Chitose store in Jakarta is remodeled with the bakery-filled-with-freshness concept.

The Chitose store in Indonesia is the 15th store in Indonesia, which was opened in 2013. As it is located in Cilandak Town Square, the largest food and beverage shopping mall in the south, it proved the competitiveness of Tous Les Jours among many local and global food and beverage brands. A Tous Les Jours official said, “Offices and residential areas are mixed together, and as there are middle-class customers and foreign customers with a high consumption level, we thought it was the right place for introducing a new concept of Tous Les Jours to a range of customers.”

The Chitose store was re-created in consideration of local characteristics based on the success factors of the new concept in Korea. It features the fresh-baked bread section so that customers can see and enjoy newly baked fresh products, and bakes products every hour to meet customer needs. It is planning to greatly reinforce sandwich and delicatessen menus made of fresh bread, and introduce extracted juice of local fruits and vegetables targeting the recent health-oriented trend. 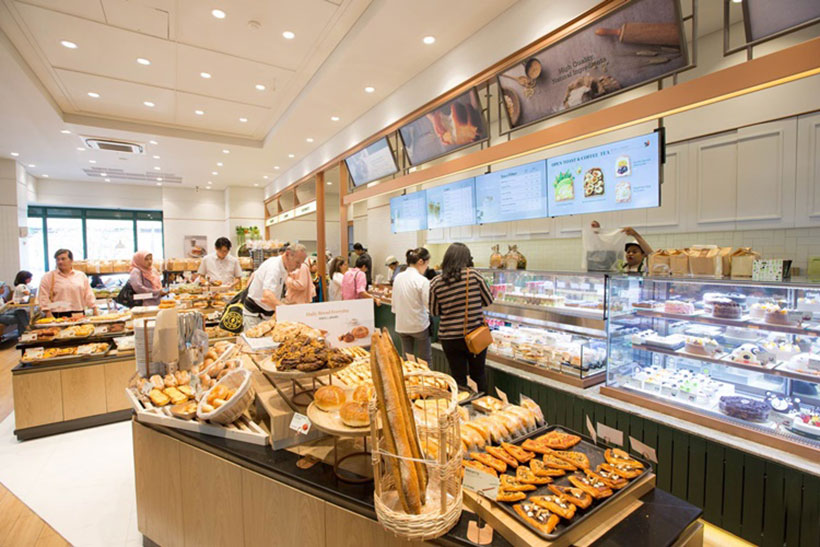 ▲Many customers can be seen visiting Chitose store, remodeled as a fresh bakery, and buying products.

Considering that social media culture, such as Instagram, is well developed in Indonesia, Tous Les Jours put a lot of effort into the visuals of its products and the store. Also, reflecting the market characteristics, i.e. big demand for O2O service, it is introducing O2O products like cupcakes and donuts.

“Tous Les Jours introduced the premium bakery cafe concept, unfamiliar to Indonesia, for the first time, created a market, and its potential was recognized,” said a CJ Foodville official. “With the competitiveness of our global brand, we will propose a new food culture to Indonesia once again, and lead trends.”

Tous Les Jours, the global vanguard of CJ Foodville, is now present in seven foreign countries, including Indonesia, operating approximately 390 stores, and has the largest number of stores overseas among Korean bakery brands.

Tous Les Jours entered Indonesia in 2011, and is now operating 54 stores in the capital city of Jakarta, Surabaya, Bali, etc. It quickly established itself as a market-leading premium bakery, and opened its stores last year in the top three airports where it is difficult to open new stores.

Next
CJ Logistics transports goods for the separated family reunion