Accordingly, CJ CGV’s revenue for the time period between January to June of this year is expected to greatly exceed its annual revenue for 2015, 1.4 trillion VND (about 74 billion KRW). With regard to infrastructure expansion over the past three years, CJ CGV is also showing strong growth.

The total number of CGV theaters in Vietnam, which was only 30 in 2015, has increased to 57 in just three years. At this growth rate, CJ CGV expects its business in Vietnam to grow more than two-fold compared to 2015, with the goals of operating 70 theaters and generating annual revenues of 3.8 trillion VND (about 190 billion KRW) in the country this year.

In step with its growth in the Vietnamese market, CJ CGV has been undertaking efforts such as providing differentiated membership services, adding diverse films to its repertoire to expand its audience base, and conducting social contribution activities for Vietnamese youth and local residents. Based on the fact that about 40% of Vietnam's total population is younger than 22 years old, CJ CGV launched the U22 membership plan in September of last year, which can be purchased by anyone who is under the age of 22 and is the first of its kind in the industry. The U22 membership plan is notable in that it provides customers with actual benefits including movie viewing and discounts for cafeteria menu items.

The number of U22 membership subscribers, which accounted for only about 1% of the total number of visitors to CGV Vietnam when the plan was initially launched, has significantly increased; 9 months having passed since the launch, the number now makes up a whopping 10%. In addition, to ensure an annually increasing number of VIP members, CJ CGV plans to divide its VIP membership into different categories starting this year and accordingly provide more special benefits such as premiere invitations. 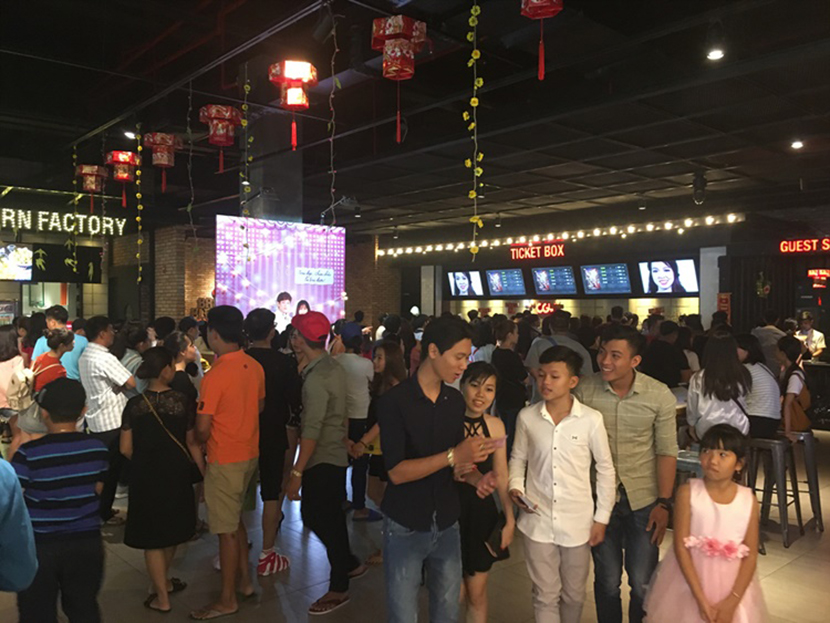 CJ CGV is also contributing to the quantitative and qualitative growth of the Vietnamese film market through diverse film programming strategies. CJ CGV has been steadily increasing the number of local films screened at its Vietnamese location; the figure, which was only eleven in 2011, increased to 20 in 2013 and to 35 in 2017. CJ CGV has screened 21 local films this year from January to June, leading the way in broadening the audience base for local films.

Among those films, Sieu Sao Sieu Ngo, which CJ CGV distributed in Vietnam, attracted 1.58 million viewers in February and recorded box office revenue of 100 billion VND (5 billion KRW), becoming the highest grossing film among local films released in 2018. Aside from that, CJ CGV also attracted the attention of movie viewers by putting together movies that were big hits in the past and screening them through special animation and action film retrospectives.

CJ CGV also focused its efforts on various social contribution activities with an aim to provide more cultural experience opportunities to local Vietnamese residents and to provide practical support to Vietnamese youth. In April, CJ CGV held the “Visiting Cinema” event where CGV employees visited nearby areas that lack theaters, bringing screens and sound equipment with them and screened movies to local residents.

The participating employees had a meaningful time screening movies for free to a total of 2,500-odd students in the three regions: Quảng Trị, Quảng Bình, and Quảng Nam. Aside from such efforts, CJ CGV also plans to discover young Vietnamese people who dream of becoming filmmakers in the future through “Scenario Competition”, which is held in collaboration with the Ministry of Culture, Sports and Tourism of Vietnam and “the Korea-Vietnam Short Film Production Project,” which is held in collaboration with CJ Culture Foundation.

"Since entering the Vietnamese market in 2011, we have been consistently building theater infrastructure and diversifying theater content in Vietnam. As a result, movie viewing has now become an iconic leisure and cultural activity in Vietnam,” said Jun-beom Shim, head of CJ CGV’s Vietnamese subsidiary. "CGV Vietnam will continue its efforts to grow together with the Vietnamese film market through local film projects and social contribution activities.”

Next
CGV Gangbyeon is coming back in revamped form in celebration of its 20th anniversary!