CJ E&M targets the global market in the second half of 2018 with mega-hit contents!

General content provider CJ ENM E&M Div. (CEO Kim Sung-Su) announced that they are planning some original blockbuster-level contents in the second half of the year, such as the new season of “Grandpas Over Flowers” by well-known producer Young-seok Na, as well as “Produce 48” and “Mr. Sunshine.”


- CJ ENM E&M Div. presents season-based contents such as “Grandpas Over Flowers” and “New Journey to the West” First, Young-seok Na’s famous season-based show is making a comeback. The global entertainment series “Grandpas Over Flowers” which was produced and loved in not only Korea but also China, US and Europe will come back with a new story this June on tvN, 3 years after its last season in 2015. Also, Korea’s first web-based show “New Journey to the West” with a solid young fan base that started out as an online show will also air its fifth season in the second half of the year.
“We’re aiming to maximize the compelling strengths and future value unique to CJ ENM E&M Div. by enhancing our season-based contents like ‘Grandpas Over Flowers’ and ‘New Journey to the West’,” said an official at CJ ENM E&M Div.. “We will continue to diversify our profits using global-caliber media companies and digital platforms, and become a world-renowned content provider.”

- Rewriting the history of Hallyu (Korean cultural wave) with “Mr. Sunshine” and “Memories of the Alhambra” 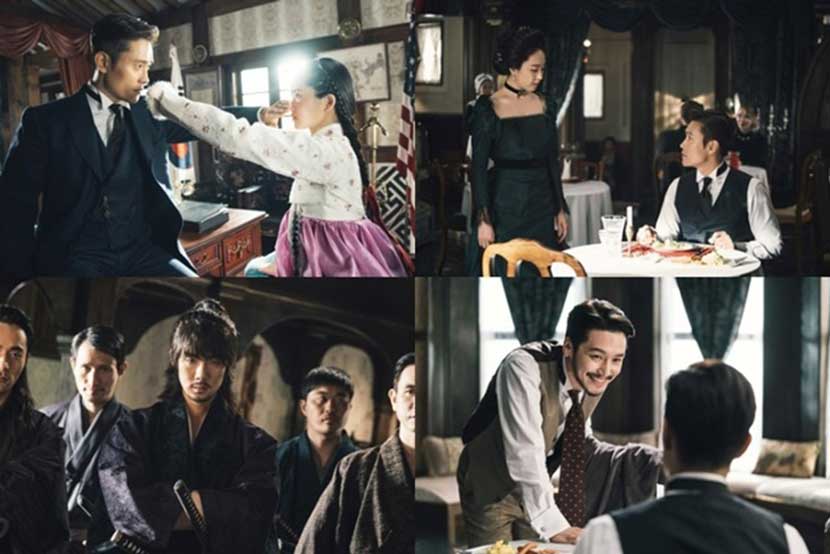 tvN also finalized the incredible lineup of dramas for Saturdays and Sundays to be aired in the second half of the year, featuring a fantastic harmony of Korea’s leading writers and actors/actresses. “Mr. Sunshine” which will release its first episode in July is yet another collaboration of writer Eun-sook Kim and director Eung-bok Lee who had made “Guardian: The Lonely and Great God” and “Descendants of the Sun” a smash success. This drama has triggered a craze even before airing its first episode, with anticipations about its excellent cast such as Byung-hun Lee and Tae-ri Kim, as well as its incredible visual style.

There are expectations that tvN dramas will rewrite a new chapter in ‘Hallyu history’ in the global market in the second half of the year once again after “Guardian: The Lonely and Great God,” with the new lineup of “Mr. Sunshine” as well as fantasy melodrama “Memories of the Alhambra” scheduled to be aired in November.

- 'Taking a plunge into something new!’ Securing a competitive edge with differentiated contents Also, “Produce 48” was first announced in Korea and Japan through the “2017 MAMA in Japan” last November and will also present its first episode on Mnet this June.

With the goal of creating the first Korean-Japanese girl group by national producers, “Produce 48” is a huge project combining Yasushi Akimoto’s excellent production “AKB48” and Mnet’s leading idol selecting program “Produce 101.” Actor and singer Seung-gi Lee is participating as the representative of the national producers, and singers Hong-ki Lee, Soyou and Cheetah as well as choreographers Yoon-jung Bae, Young-joon Choi and May J Lee are participating as trainers.

In addition, tvN is also airing new season-based entertainment shows by establishing a block-programming for a new weekend entertainment. Their strategy is to secure a competitive edge with differentiated contents: “Galileo,” a new sci-fi variety show conducting science experiments at Mars Desert Research Station (MDRS) is the first of its kind in Korea (produced by Young-jun Lee, starring Ji-won Ha and Byung-man Kim); “Road to Ithaca,” a busking variety show traveling Europe with expenses covered by the number of hits on YouTube uploads (produced by Cheol-gi Min, starring Do-hyun Yoon and Hyun-woo Ha); and “The Great Escape,” an entertainment show by detective show master producer Jong-yeon Jung (starring Ho-dong Kang).

With the merger with CJ O Shopping scheduled to take place on July 1, CJ ENM E&M Div. is raising the bar for greater expectations about the synergy effect from the merger such as advertising profits and retail expansion as Korea’s first content commerce company.

Recently, they held “CoBig Market” which is a joint program of "Comedy Big League" and CJ O Shopping, where all the products such as vacuum cleaners and razors were sold out. CJ O Shopping’s original tableware brand ‘Odense’ has already made an appearance in “Youn's Kitchen 2” and “Newlyweds Diary” and will also appear in the highly anticipated “Mr. Sunshine” in the second half of the year.