▲ The entrance of CJ CGV Turkey

CJ CGV smashed the box office record in Turkey with 4 million monthly viewers since its entry into the Turkey market.

CJ CGV (CEO Seo Jung) said that 4.9 million viewers visited CJ CGV Turkey during this past January, netting the company as much as KRW 17.2 billion at the Turkish box office. The profit figure is equivalent to 47% of the total Turkey box office (as of January 2018).

Since acquiring local cinema chain operator Mars Entertainment Group and rebranding it as “Cinemaximum”, CJ CGV has been steadily expanding its market share in Turkey. In January of last year, CJ CGV attracted 3.54 million viewers in Turkey, and the company has managed to increase this figure by about 40% in a year. In terms of box office revenue, CJ CGV achieved a massive 30% in growth compared to January 2017. 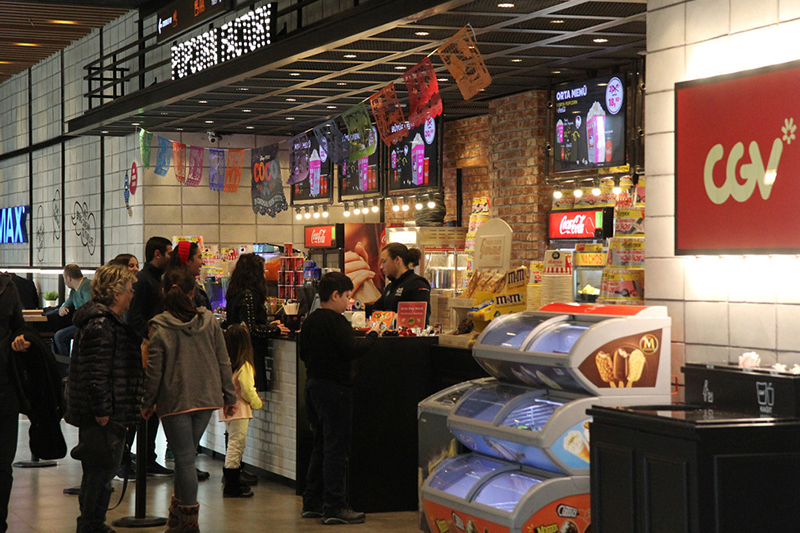 ▲ People stand at a snack bar at CJ CGV

The reasons why CJ CGV was able to yield such remarkable results in less than two years after its first foray into the Turkish market are widely attributed to its establishment of Korean-style, high-quality theater infrastructure and corresponding services, its differentiated promotion strategies, and the strengthening of its content marketing.

First off, the most significant of them is that CJ CGV built advanced theater facilities and customer services that were virtually non-existent in Turkey and combined them with the Turkish modus operandi. By introducing “4DX,” “ScreenX,” “Gold Class,” and “TEMPUR CINEMA” to Turkey where the awareness of specialized theaters used to be low, CJ CGV led Turkey’s movie-watching culture. CJ CGV actively introduced into its Turkish locations its unique, retro vintage style movie theater design familiar to Korean movie-goers, establishing an upscale image that sets it apart from its competitors. In addition, CJ CGV also introduced into Turkey the training programs of its theater management specialist training center, CGV UNIVERSITY, and in turn incorporated the company’s advanced Korea-style operational know-how into its Turkish operations. As a result, CJ CGV is now credited with elevating the service level of the staff of Turkish theaters to the highest level in the industry.

CJ CGV also upgraded the online booking system of its movie theaters in Turkey to win over young people in their 20s and 30s, who constitute the majority of its Turkish customers. CJ CGV drastically improved the website and mobile app booking systems of its theaters in Turkey where booking tickets was previously only possible in person or through booking agencies, thereby encouraging more people to book tickets online. Thanks to this enhancement of customer convenience, the percentage of online bookings increased by more than 10 percentage points this past January compared to January of last year.

The company’s various theater promotion events based on audience demographic analysis also played a big role. For example, the company designated every Wednesday as “Cinema Day” and provided customers with special benefits including discounts on the day of the week, drawing an enthusiastic response from Turkish movie-goers. In addition, CJ CGV also introduced the Young Membership system which provides personalized benefits to customers under the age of 24 and consequently gained favor with young Turkish customers. 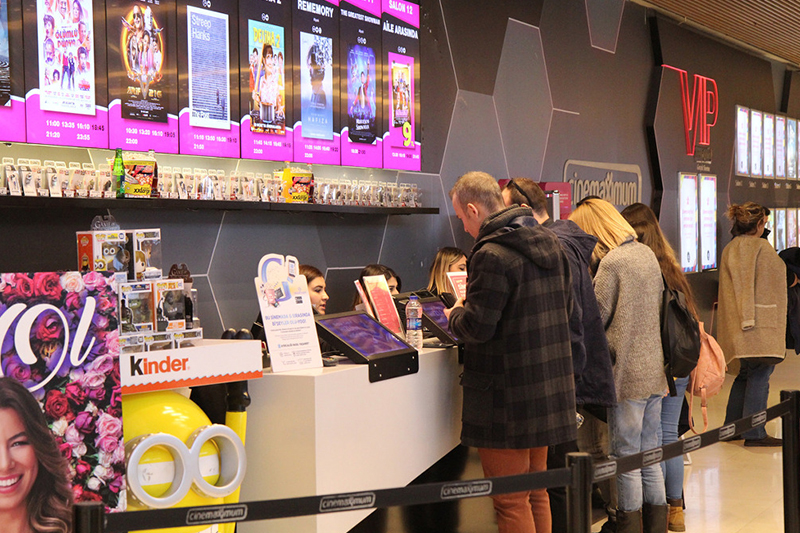 Above all else, CGV's unique marketing in Turkey, a country unfamiliar with such a notion, served as the primary driving force for attracting Turkish people to theaters. CJ CGV, which is also the leading distributor of films in Turkey, actively held stage greeting events with directors and actors in time for the release of their films. In addition, CJ CGV conducted many other activities that further piqued the interest of movie-goers, including the one where CJ CGV's social media representative visited a ship to interview a film's director and actors, and the company made the event into a promotion video for the film.

With such robust marketing activities having factored into it being January, the busiest time of the year when it comes to movie-watching, CJ CGV was able to achieve the remarkable feat of garnering 4.9 million monthly viewers.

In addition, CJ CGV also makes efforts to diversify Turkey's movie content. In January 2017, CJ CGV launched a theater dedicated to independent films called Art House, and Art House now operates in nine locations. In addition, by hosting the “! F Festival,” one of the major independent film festivals in Turkey, CJ CGV has built its image as a company that contributes to the genre diversification of local Turkish content and the growth of the country’s indie film industry, which also added to its popularity in Turkey.

“We will continue to strive to provide more movie-watching opportunities to Turkish people by gradually expanding into many other cities in the country, including provincial cities lacking in theater infrastructure," said Kwak Dong-Won, CEO of CGV Turkey. He also added, "We will also put forth efforts into strengthening our content sourcing capacity and fostering film professionals and in turn realize the potential of the Turkish market through tangible business achievements and strengthen our role as the base for expanding exchanges between Korean and Turkish film industries.”

Meanwhile, having entered the Turkish Market in April 2016, CJ CGV operates 96 theaters and 840 screens throughout Turkey, as of the end of January 2018. As well as in the movie theater industry, the company has also emerged as a major player in the Turkish local film industry, maintaining its top position in distribution and advertising as well.