Unveiling a site where Well-intended Pledges

A total of 10,567 people participated in the pledge, a breakfast campaign that took place at the CJ Donors Camp around the end of last year. As a result, a total of 1,000 CJ CheilJedang Hetbahn Cupban were eaten for breakfast. All of this was possible thanks to your tremendous support for the Breakfast Campaign. Thank you!

Breakfast Campaign’s well-intended pledge was implemented at a local children's welfare center where children have breakfast. One aspect of the campaign included the Breakfast Band composed of Cho Min-Gyu, Kim Tae-Yang, Jang Ji-Woong, and Yang Woo-Seok from the third class of Dream Building Creativity School. They created a nice atmosphere like a warm spring day. 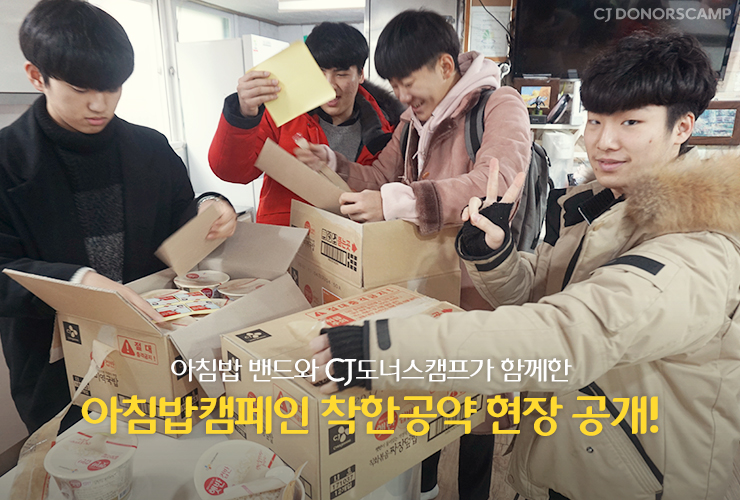 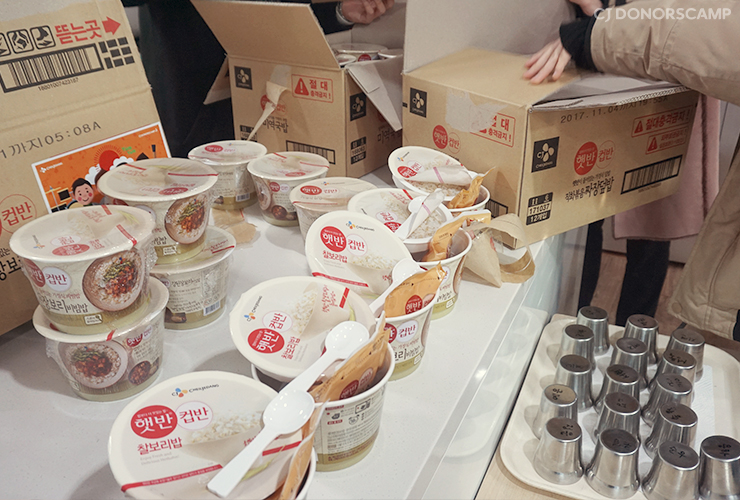 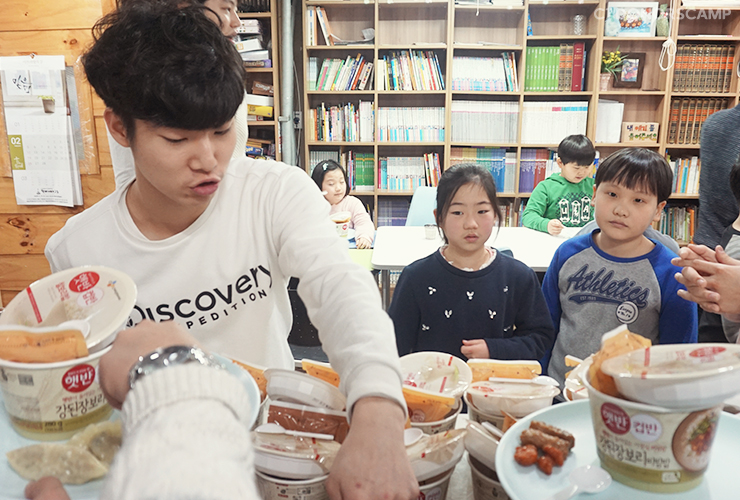 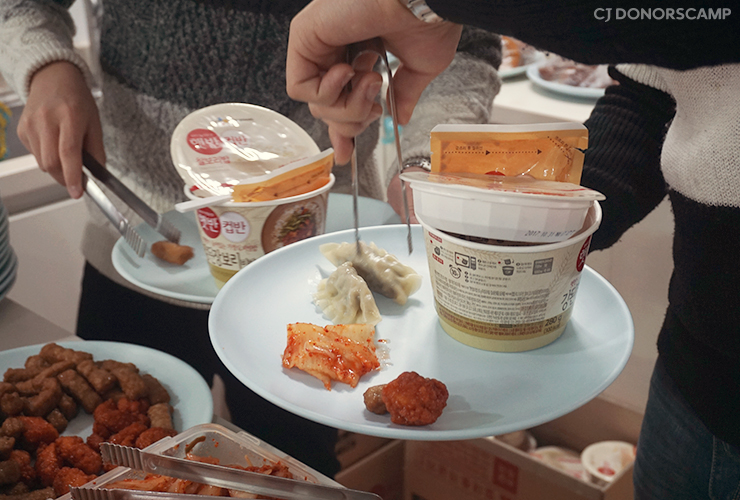 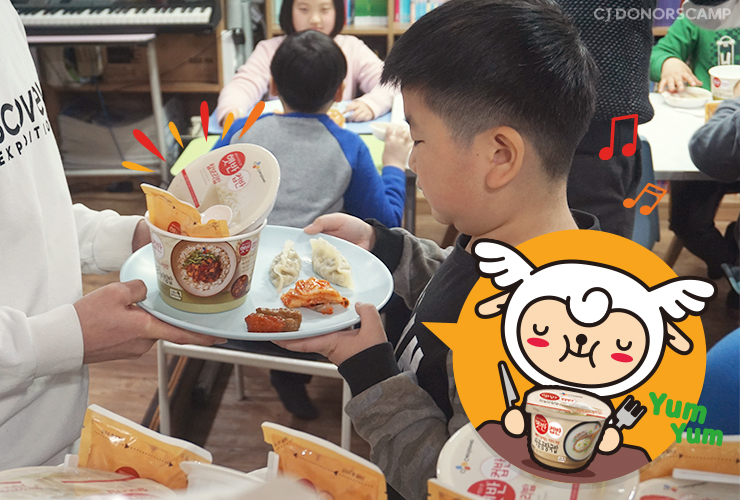 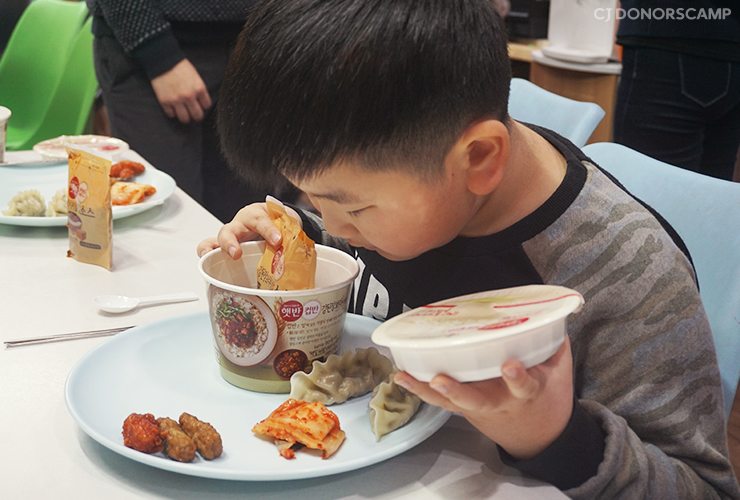 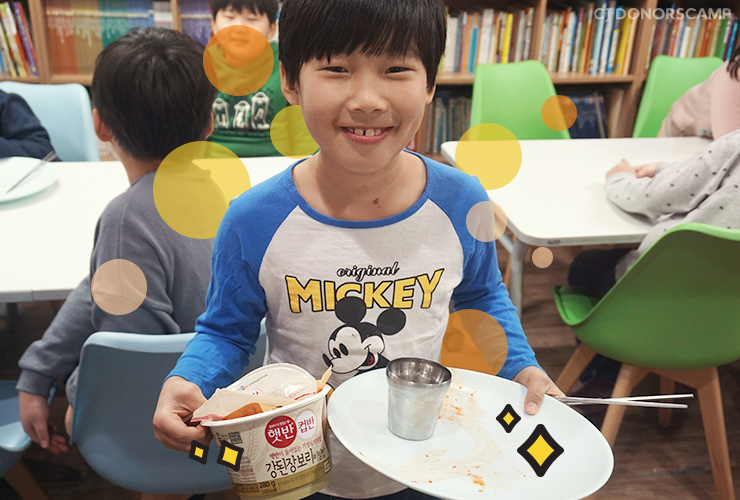 "Unless I eat breakfast, it’s tough to get through the day with enough energy. Today’s breakfast helps a lot,” said a child who enjoyed the breakfast, offering thanks to the Breakfast Buffet and CJ Donors Camp. 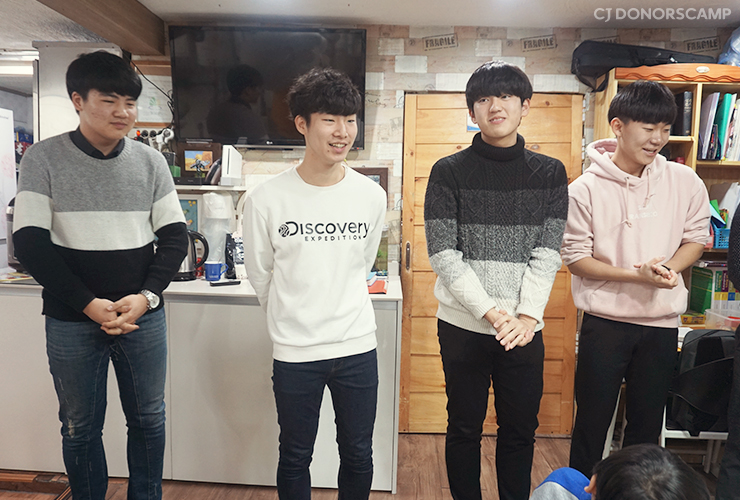 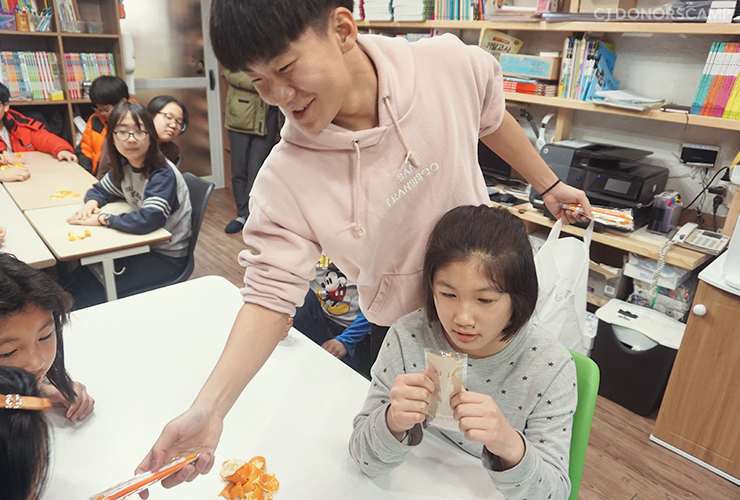 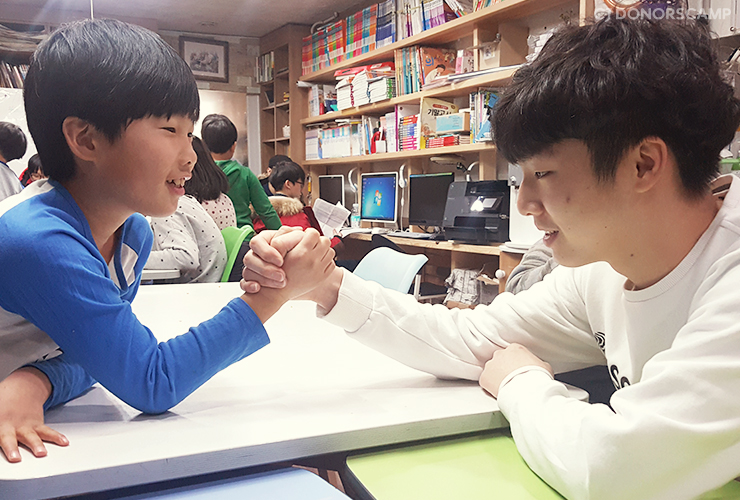 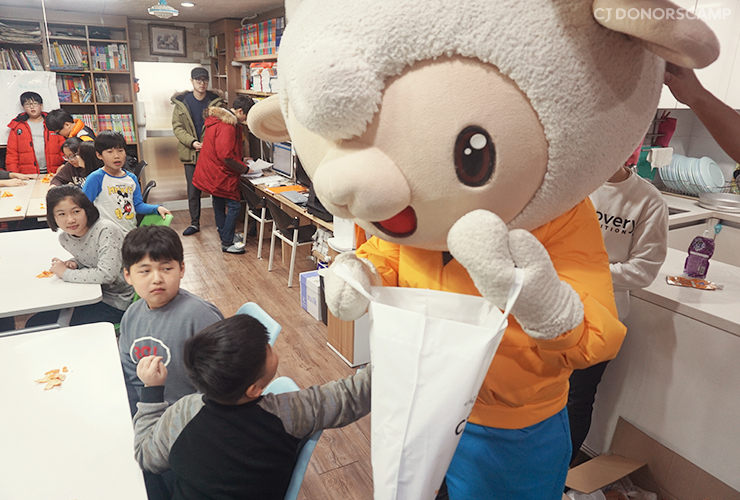 After serving one group of kids, there was some time to introduce the Breakfast Band and present souvenirs to the children. The Breakfast Band also had free time to get to know each other talking and playing with them. Just imagine the prospect of these children who enjoyed the benefits of sharing at Dream Building Creativity School becoming children who share love with their peers.

The four boys of the Breakfast Band also talked with Shin Joon-Beom, director of the children's welfare center about the CJ Donors Camp Breakfast Campaign. 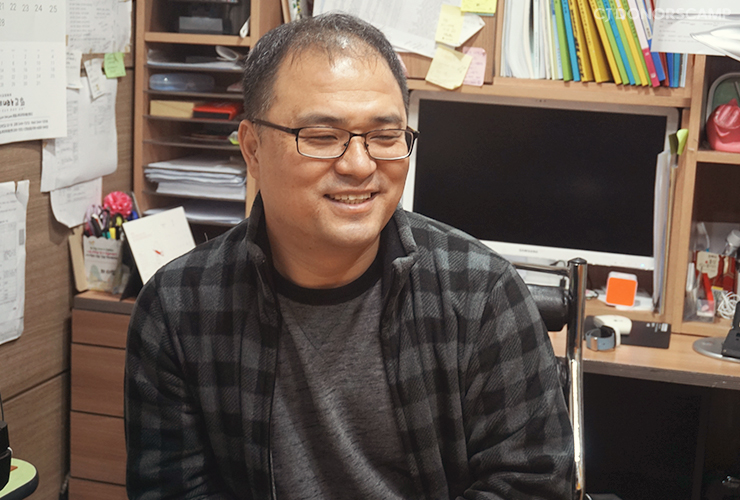 Q. What are your thoughts about CJ Donors Camp Breakfast Campaign?

Director Shin: In most cases, children of marginalized, single-parent families, and husbands and wives both working, come to local children's welfare centers. Although centers provide lunch during semesters but not during vacations, some children only have one meal in the evening over the course of their day. Therefore, we have no choice but to provide lunch for them. But we significantly lack money and manpower in preparing lunch.

In this regard, I think the Breakfast Campaign of the CJ Donors Camp is really good. When children skip breakfast, they usually overeat when having lunch. Having breakfast keeps children healthy and balances their eating habits, let alone helps reduce the number of children who cannot afford to have breakfast. As the meals we had today were with donated Hetbahn Cupban, it was so easy and safe for children to prepare their own meals with this. I think kids will be able to prepare their own meals with this product on weekends when the center cannot provide them with meals. 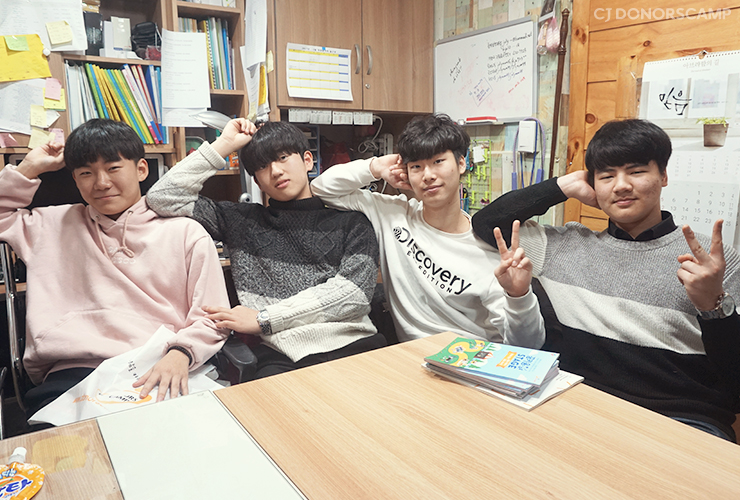 Q. You belonged to the third class of mentees of Dream Building Creativity School. Now, you are mentors who distribute breakfast meals to children. How was your day in terms of sharing?

Breakfast Band: We feel that we truly live up to the name ‘Breakfast Band’. Just by watching the children eat their breakfast, we felt pretty proud of ourselves. Also, through talking with them, we found that there were many children who wanted to learn music.

We want to donate our talent that allows us to teach music to children just like we learned music at Dream Building Creativity School. We would like to teach children at the local children's welfare center as often as possible. When we go on to college, we will become mentors of students at Dream Building Creativity School and teach music to other young mentees. 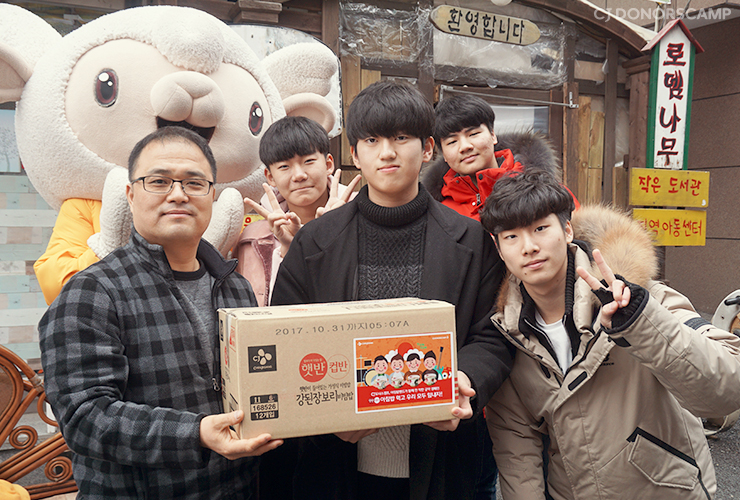 Breakfast Campaign’s implementation of Well-intended Pledges brought moments of happiness to children at the welfare center and even to the Breakfast Band that shared love with these children. Wherever people need warm meals, CJ Donors Camp will reach out to them.

A scene full of sharing where the dreams of teenagers and the hearts of people who want to share meet each other!

CJ Donors Camp's Well-intended Pledge will not stop in 2017 We look forward to living up to your expectations as we move forward with our campaign.

Next
Who Will Stop Them? Hilarious Revue