- Holding a 'CJ Friends of K-Culture' event, a Korean Wave cultural experience program for foreign opinion leaders in Korea
- Inviting 100 diplomats to Korea from 24 countries including Britain, India, Australia, Brazil and Portugal and giving them opportunities to experience 4DX
- CJ: "We will inform the global value of the Korean culture industry through various experience and communication programs utilizing the group's cultural services"

Diplomats from foreign countries were led to a Korean 4DX film at a multi-sensory experience theater, an innovation of which has since been recognized worldwide.

The event drew upwards of 100 diplomats to Korea from 24 countries including Britain, India, Myanmar, the Philippines, Australia, New Zealand, Brazil, Mexico, Chile, Canada and Switzerland. After a screening of the movie 'Confidential Assignment', Choi Byung-Hwan, president of 4DPLEX and Kim Sung-Hoon, director of 'Confidential Assignment' took questions from the audience about the movie and the world's top screening technologies.

4DX is a special multi-sensory experience hall for feature films that has been commercialized by CJ CGV for the first time in the world. The special hall uses special equipment and motion chairs to provide audiences with chances to feel as if they were literally walking in the shoes of those on screen. Because this advanced screening method requires detailed 4D development technology while taking into consideration the flow of a movie, it is evaluated as a creative screening program combining IT and cultural sensitivity. Currently, Korea is leading the global 4D movie market with its 4DX technology. CJ operates 360 4DX halls in 45 countries around the world including Korea, China, the USA and Japan.

"I was able to fully immerse myself deeper into the movie through the experience of 4DX effects," said Antonio Quinteiro Nobre, Portuguese ambassador to South Korea, after experiencing the 4DX movie at the event. “I think 4DX is a great idea to open up a new horizon in film watching.”

"Through the CJ Friends of K-Culture program, which has become a place to experience and communicate about Korean culture, we will make every effort to become a venue of exchanges which publicizes to the world regarding the excellence of the Korean cultural industry from traditional culture such as Korean food to cutting-edge technologies such as 4DX and boost understandings of each other’s culture," a CJ Group officials said, 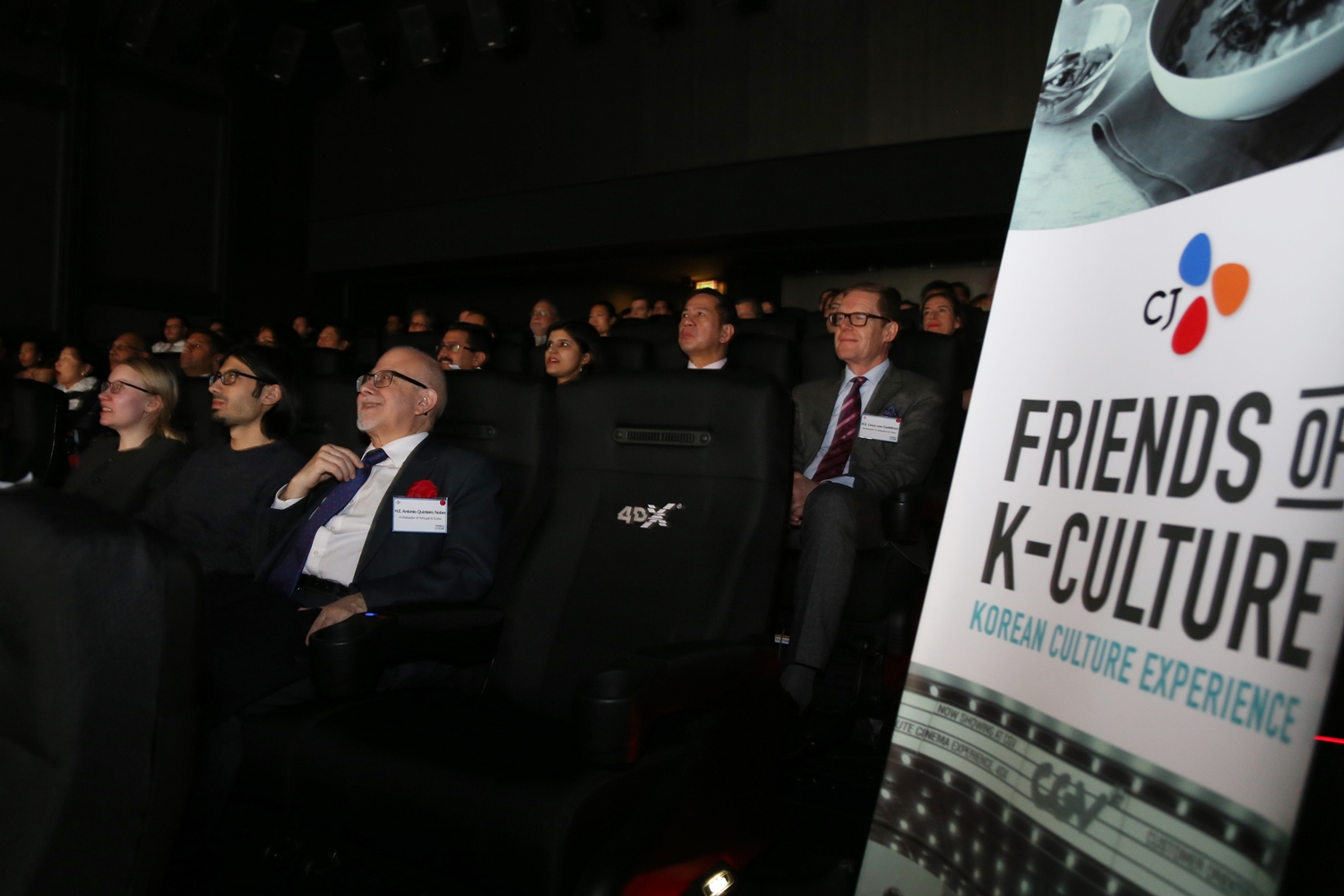 Next
Publishes a storybook 《A Room Where Dreams Grow》!

Previous
Who Will Stop Them? Hilarious Revue