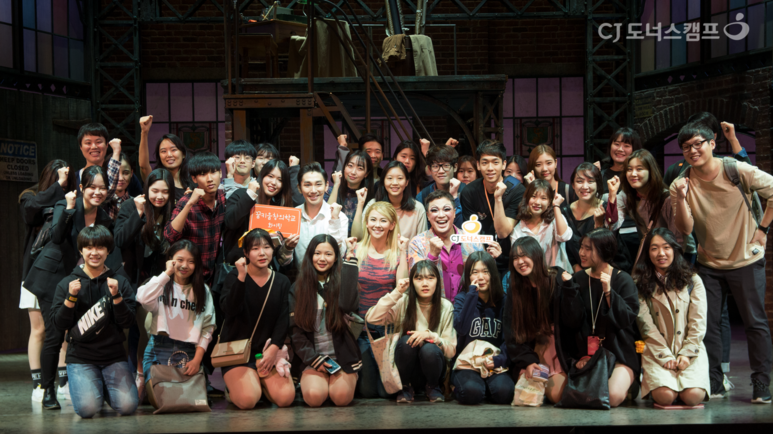 Chae Ju-Hee, 18, dreams of becoming a musical actor. She takes a step closer to her dream each week at CJ Donors Camp-sponsored Dream Building Creativity School, with the help of college student mentees. She practices singing as well as dancing. She also plans to go on stage in January next year with the aid of her mentors.

Back in the girl's Korean class in fifth grade of elementary school, she was going to be taught about Ahn Jung-Geun. The teacher projected onto the screen a scene from Hero, a musical that showcased the life of patriot martyr Ahn Jung-Geun. At about the 5-minute mark of the video, the voice of actor Jung Sung-Hwa, who was clad in a gray coat with a mustache drawn on his face, filled the stage. 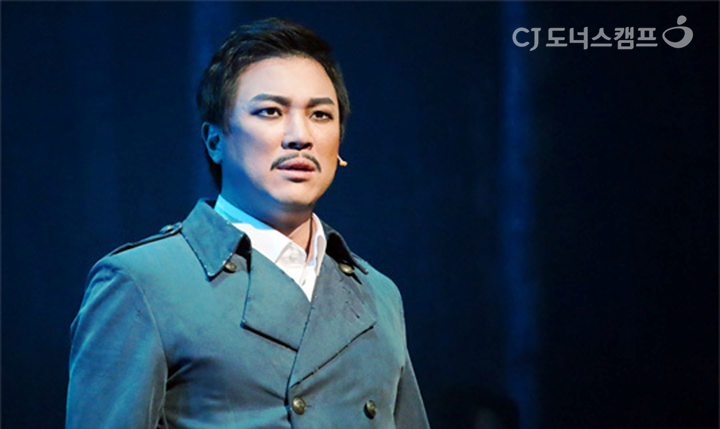 Chae Ju-Hee was overcome with emotion. Some while later on her birthday, Ju-Hee pestered her parents into taking her to the musical. Her hero, singing in front of her very eyes, not through the monitor as usual, shined even more brightly than before. Maybe it was from that time on. The musical filled the girl with emotion.

"My dream? To become an actor. It's the dream I've had since when I was a fifth grader. One day in my Korean class, I was learning about patriot martyr Ahn Jung-Geun. I was shown a video of musical 'Hero,' a biopic of patriot martyr Ahn Jung-Geun. In the video, I saw actor Jung Sung-Hwa sing the number 'Who is the Criminal?', which was featured only briefly. I was wowed. I thought it was so cool that I went to see the musical, 'Hero,' as my birthday gift. Watching actor Jung Sung-Hwa sing on stage totally electrified me. He was so cool! From that moment on, I've had the dream of becoming an actor." 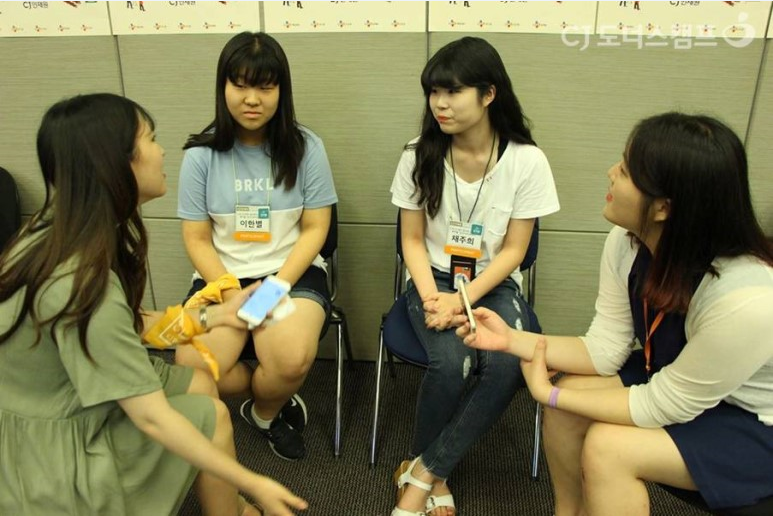 The teacher in charge of Ju-Hee at CJ Donors Camp read her story. The teacher contemplated, "How can I make this girl more determined to pursue her dream? How can I make her happy?" The answer was simple: to give her the opportunity to meet actor Jung Sung-Hwa.

Meeting My Hero after 6 Years

On October 8, 2016, Ju-Hee went to see musical "Kinky Boots" together with her Dream Building Creativity School mates. Many Dream Building Creativity School mentors and mentees also gathered to see the musical. CJ Donors Camp provided an opportunity for aspiring students to visit backstage and meet the actors in the flesh. The students seemed absolutely giddy just to be on stage. They also took group photos with the three main actors of the musical "Kinky Boots."

What was Ju-Hee doing backstage, by the way? Ju-Hee and actor Jung Sung-Hwa introduced themselves to each other and talked in private. How do you think you would feel if you met a person whom you have admired for a long time, since you were a kid? Ju-Hee seemed to be astonished. Because she burst into tears as soon as she saw the actor. Tears came pouring out of her eyes, and she was unable to talk. She couldn't say any of the countless words that she had been longing to say to the hero in her heart for the past 6 years, during which she worked hard towards her dream. Actor Jung Sung-Hwa, also, seemed to be quite caught off guard. He didn't know what to think or say about the girl crying in front of him. He said in a fluster that he had never seen a person crying just because they met him.

Do you think that Ju-Hee's everyday life has changed drastically after the meeting with the hero she has long been admiring? It probably has not. It's highly likely that she still goes to school as before and is preparing for her musical entrance exam. As with any young person, the path to her dream would not be smooth sailing all the way. Many tears, a feeling of insecurity, and even a sense of shame would be lurking along the path. However, her experience of meeting her hero will keep her going on in the face of any hardship. It was not a magical event, but don't you think it was a heart-warming event almost as good as magic?

In fact, a magical thing also happened. It was a miracle created by Ju-Hee's pure passion. Perhaps she may have moved Kinky Boots stars Kim Ji-Woo, Kim Ho-Young, and Jung Sung-Hwa. They contacted us and told us that they wanted to teach our students as mentors. Is there anything more miraculous than this?

Culture tends to be consumed in a moment. Culture is like sand you try to hold in your hand; it's there, but at the same time, it's not there. Yes, when you have experienced culture, you may be able to remember only small bits and pieces of the culture, like the traces of that sand in your hand. From the TV shows we watch, to the food we eat, to the music we listen to, to the movies we watch, what we call culture — our memories and experiences related to diverse areas — may not help us a lot in our lives at the moment. But for those who remember the traces of sand in their hands, such traces will become the seed for creating a new miracle. Like in the case of Chae Ju-Hee, who met her hero.

You've seen it, haven't you? The miracle the girl made! And please stay tuned as to how she will change the world!