- Existing coffee beans revamped to accommodate customer tastes and needs, plus two new coffee drinks unveiled…
- A variety of tasting opportunities and events to be offered to mark the release of new GRAIN DE CAFE products 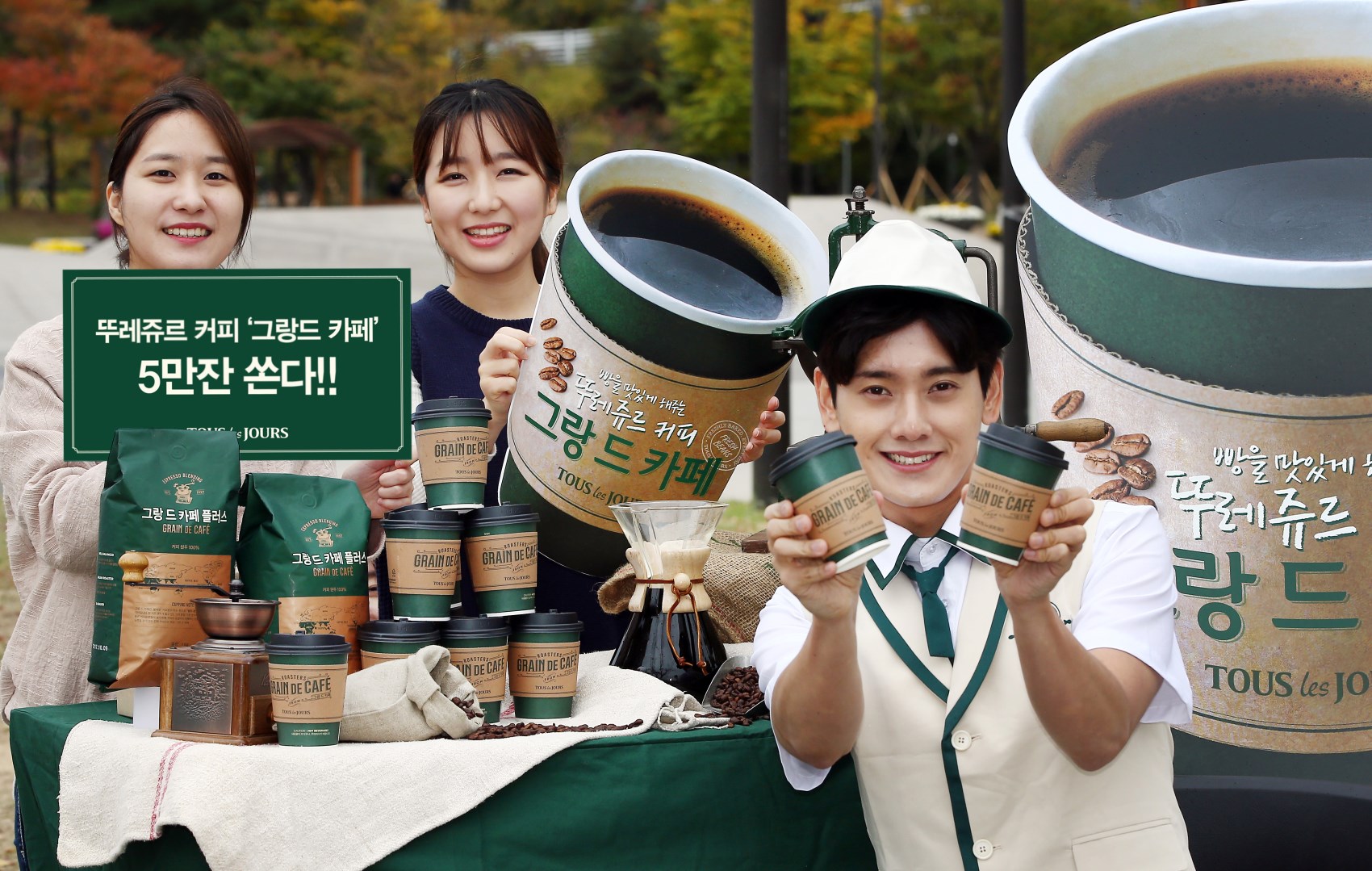 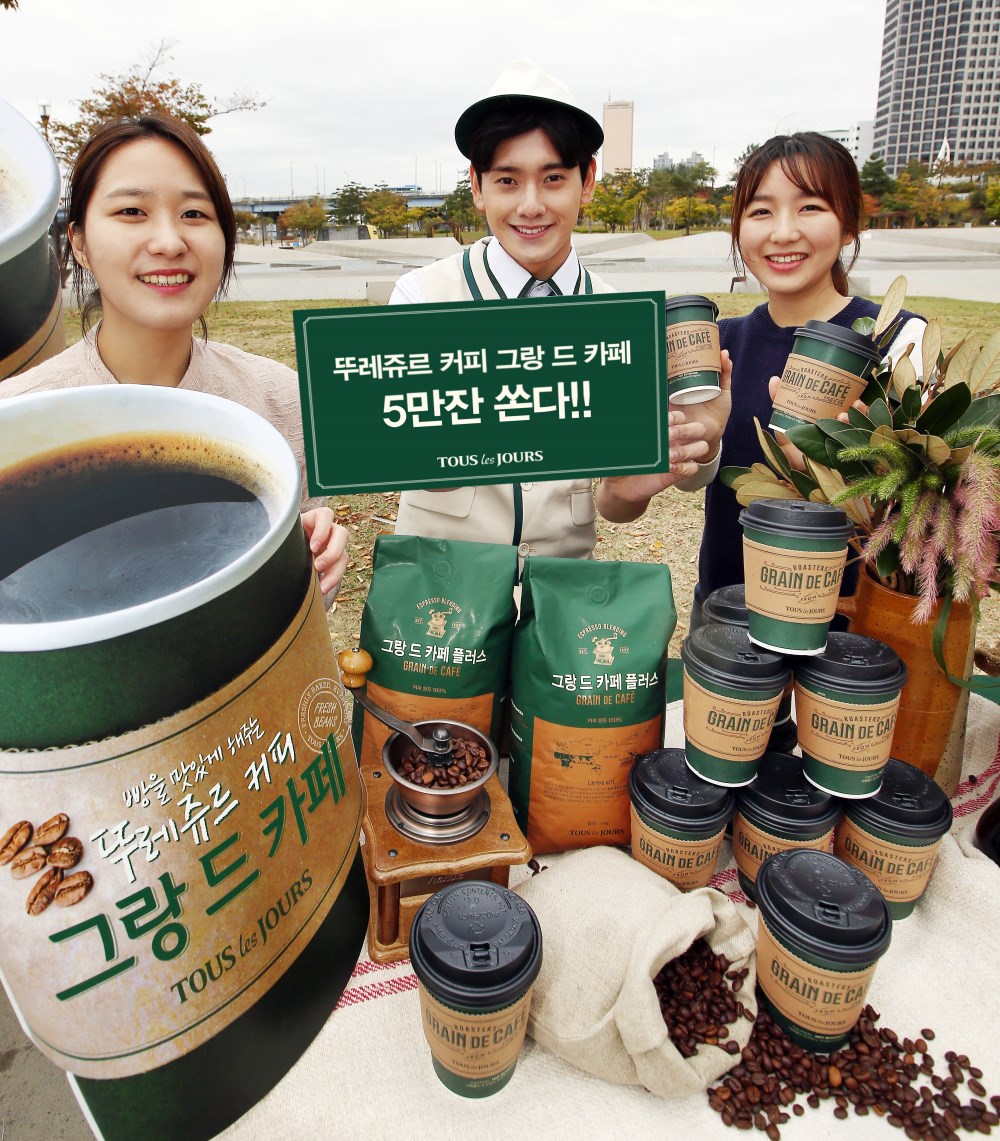 Freshness-filled bakery Tous Les Jours (www.tlj.co.kr) has announced on the 25th that it will kick off the fall season by revamping the coffee beans used for its own coffee brand GRAIN DE CAFE and releasing two new unique coffee drinks.

GRAIN DE CAFE is the name of Tous Les Jours' own coffee, which goes well with bread because of its natural aroma and flavor. Through this renewal, Tous Les Jours adjusted GRAIN DE CAFE's blend ratio and made its taste richer and fresher. The new beans have a subtle sourness and chocolate aroma, so they taste rich yet have a neat aftertaste.

Early this year, Tous Les Jours added the name "GRAIN DE CAFE" to all its coffee beverages being sold and has been actively communicating with customers regarding its coffee. "We have been continuously monitoring customer feedback on the tastes of our coffees, and, reflecting our customers' demand for coffee with a richer taste, we have decided to revamp our coffee beans this fall," said a Tous Les Jours official.

In addition to the revamping of its coffee beans, Tous Les Jours also will unveil two new unique coffee drinks. First, "GRAIN DE CAFE Creamy" is a smooth and sweet Viennese-style coffee drink. The drink is made by adding a mixture of salted caramel syrup and fresh cream to a strong long black. Interestingly named "Ice Bubble Cappuccino" is an iced cappuccino drink. The drink is made by adding sweet condensed milk to an espresso shot, grinding the mixture in a blender and adding bubbly milk to it, and then topping it with Valrhona chocolate powder. To best enjoy the drink's bubbly milk, you need to start drinking it before the milk bubbles disappear — within 30 seconds after the drink is served to you. 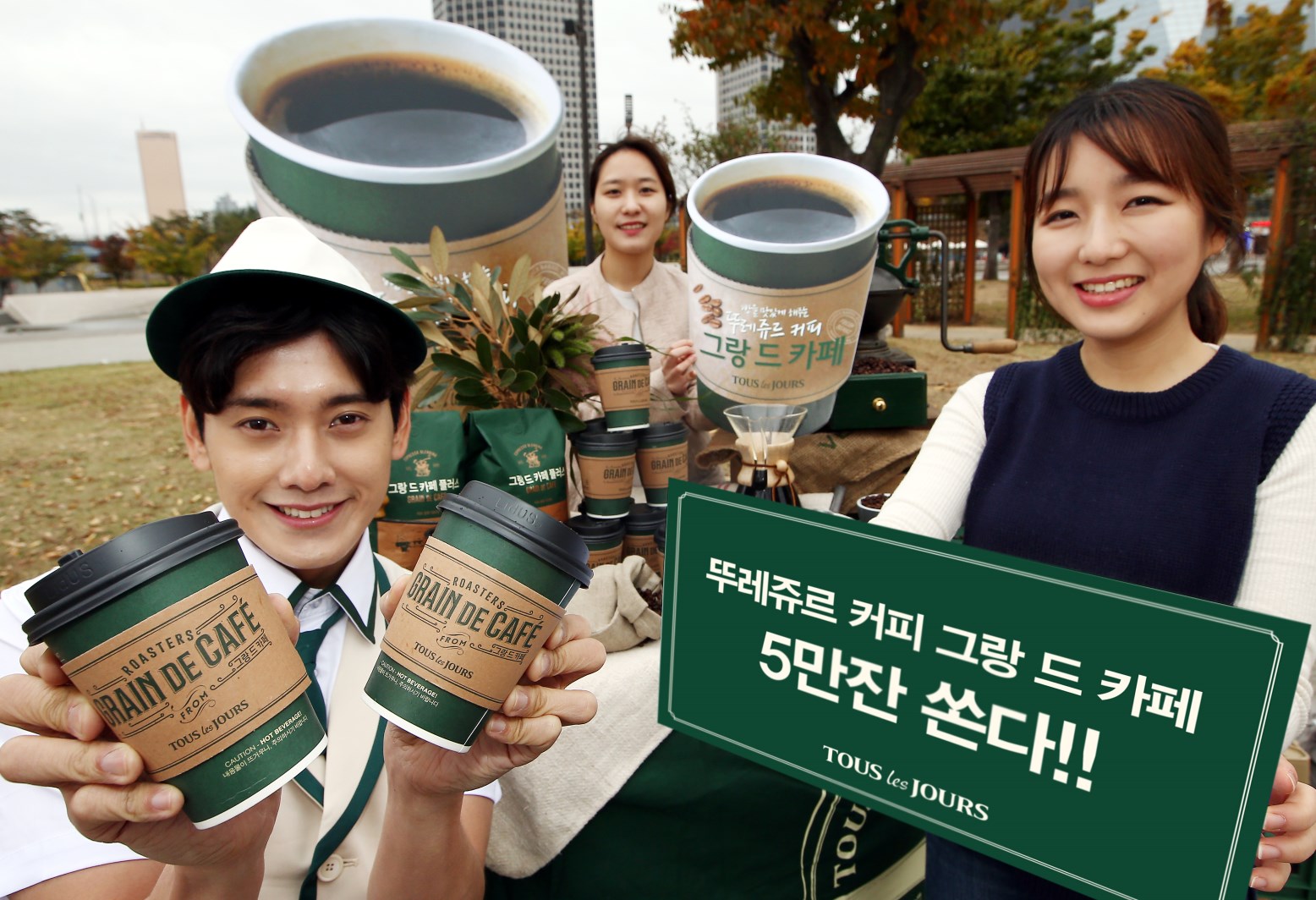 Tous Les Jours will also offer many events to help more customers experience and taste the new GRAIN DE CAFE. At the event "Fresh Bread Sharing Truck," held by the bakery to promote the charms of bread fresh from the oven, about 5000 cups of GRAIN DE CAFE Americano will be handed out for free. The "Fresh Bread Sharing Truck" event will take place in front of Yonsei University Grand Hall on October 26-27th and at Jamsil Lotte Arena Square on the 29-30th. In addition to this, there are two more events: you can get GRAIN DE CAFE Americano (limited to 35,000 cups) at 50% of its regular price through open market provider 11st (www.11st.co.kr) until the 28th, and for five days from Oct. 31st to Nov. 4th on the Tous Les Jours website, you can buy the company's new drink GRAIN DE CAFE Creamy (retail price: 3,800 won; limited to 10,000 cups) for 1,500 won.

A Tous Les Jours official said, “Tous Les Jours has been making efforts to improve and differentiate the quality of our coffee drinks, which we have been selling for a while. This time, reflecting customer feedback, we focused on finding the balance of taste by accentuating our coffees' subtle sourness and richness."