The Korean film market has one of the world's highest levels (200-million audience size that watches 4.22 films per person a year on average). The size of the Korean audience is so high that the name value of actors does not work and it is also common for global blockbusters to premiere in Korea. Harnessing this growth engine, Korean films are going global. 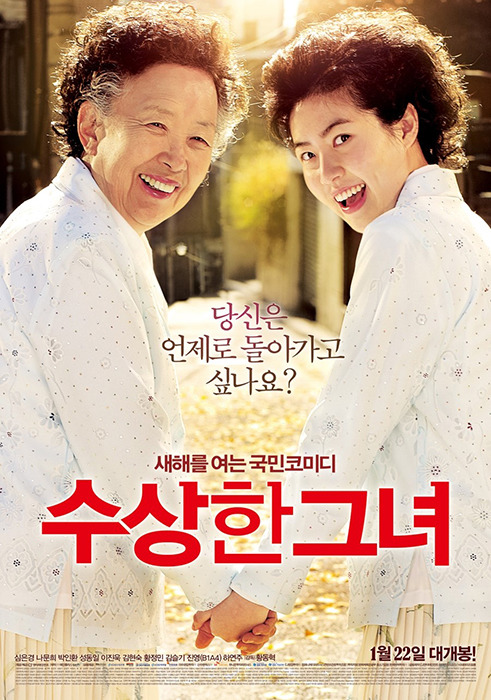 Global advancement is essential to the growth of the Korean film industry. This is because the quantitative and qualitative growth of Korean films now has to move beyond the domestic market and have a long-term plan for the world film market. CJ E&M's 'Miss Granny', which became box office hits in Korea, China and Vietnam through a “localization strategy,” is significant in that the film presented a solution for the global advancement of Korean movies.

Have you ever heard of the “one source multi-territory (OSMT)” strategy? CJ E&M’s OSMT strategy is to create localized content for each country with a single source as a motif. It's a new global project never tried before in any other country or by any productions. CJ E&M is creating a localization success story based on the OSMT strategy through the film “Miss Granny.” 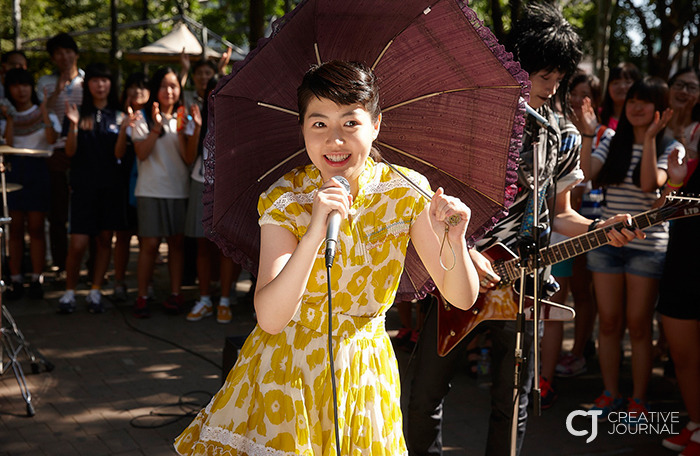 ▲ The power of a well-made story that impresses global audiences

CJ E&M is the only Korean film investor that began to distribute films overseas with the United States as a first step in 2010. Since then, the company has been exploring the global film market by entering China (2009), Japan (2010), Vietnam (2011) and Indonesia (2012).

CJ E&M has been focusing on making joint films with local partners based on the diverse range of film assets accumulated through its 20 years of film business and its planning, marketing and distribution know-how that can help make films. There is one single movie item (source), but the result is making various films that cater to people in areas (territories) where the movie is being shown! This is CJ E&M’s localization method. 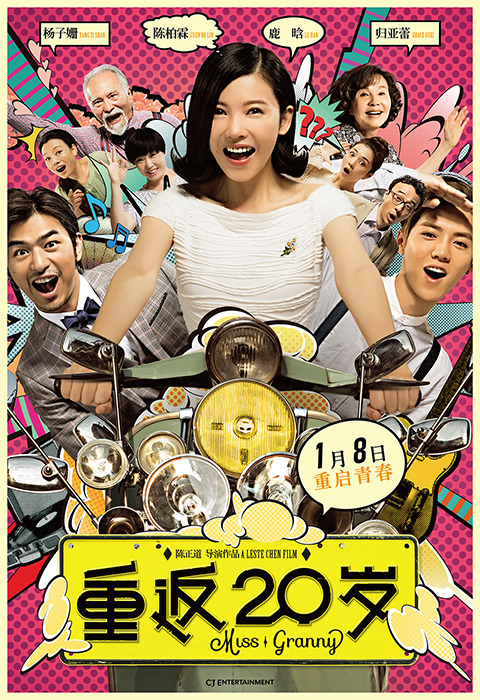 The Chinese film“20 Once Again” which hit screens in China on January 8, 2015, in China is a global project being simultaneously planned with the Korean film that premiered in Korea in January 2014 and drew 8.65 million viewers. The localization of the film in China was considered even from its planning stage.

The film released on approximately 5,500 screens all over China. Its ticket sales totaled RMB 365 million yuan (KRW 65.7 billion) and surpassed an audience of 12 million people, setting a new record as the most commercially successful Korea-China joint production film.

▲ Taking a Peek at the Chinese Version of “Miss Granny”

Chinese audiences and film critics positively responded to “20 Once Again” directed by Taiwanese filmmaker Leste Chen who directed successive hits such as “The Heirloom” and “The Great Hypnotist” and showcased sensual visuals and direction ability.

▲ A message about family love and the beauty of sensual visuals that touched Chinese audiences!

When the Power of a Good Story Meets Most Chinese Details

As the direction of the localization of the film, CJ E&M focused on maintaining the solid storylines of “Miss Granny” but concentrated on accentuating some details that could appeal to Chinese audiences. The company evoked nostalgia with a song of Teresa Teng, a super star in the Greater China region and made effective use of Chinese materials such as the popular Chinese TV drama “Emperor's Daughter” and nationally popular “Square Dance”.

They also emphasized "China" in the production process. They focused on localization where local audiences could truly sympathize with the film by transferring their know-how to the Chinese staff on production sites in China and assembling the main parts of the dramatization and production teams with Chinese people.

It was widely publicized that the film was a reinterpretation of the original and a highly sophisticated effort with marketing which emphasized that the film was a simultaneously planned work rather than a mere remake. In addition, they targeted young audiences who are the main consumers of Chinese films, upgraded visual elements and presented sensational videos such as music videos.

The final step for the success of the film was to cast good actors and actresses! They opted to cast idol Lu Han with a huge fan base and rising star Yang Zishan with both capable acting skills and the capacity to draw moviegoers and made a “Chinese film” that satisfies people around the world. 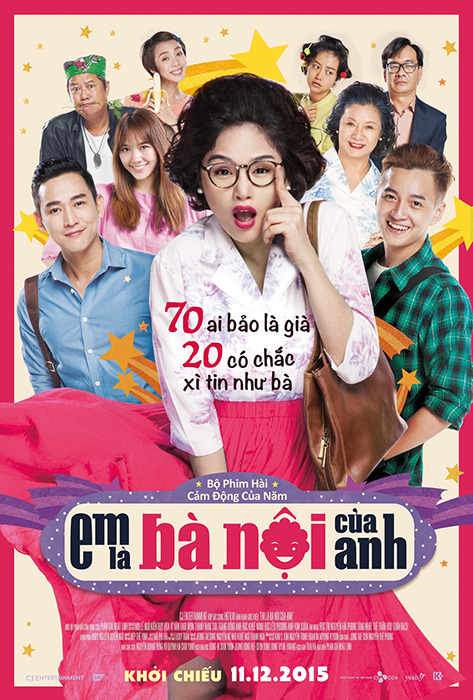 The film "Sweet 20 that was released on December 11, 2015 is the Vietnamese version of “Miss Granny” which was co-planned and co-produced by CJ E&M and the Vietnamese film production company HK Film.

“Sweet 20” recorded box-office sales of US$4.85 million and became the all-time number one Vietnamese film in ticket sales, breaking the previous record of US$4.75 million set by “Let Hoi Decide 2” in Vietnam.

▲ The main trailer of Vietnamese version of “Miss Granny”

In addition, the Vietnamese version known as “Sweet 20” attracted much attention as the first film directed by Phan Gia Nhat Linh, one of the best Vietnamese directors of his era, who take the lead in the growth of the Vietnamese film market by establishing the first online film festival in Vietnam. Phan Gia Nhat Linh created a wonderful ensemble with Vietnam’s best entertainers such as Miu Le, Hua Vi Van and Ngo Kien Huy among others. 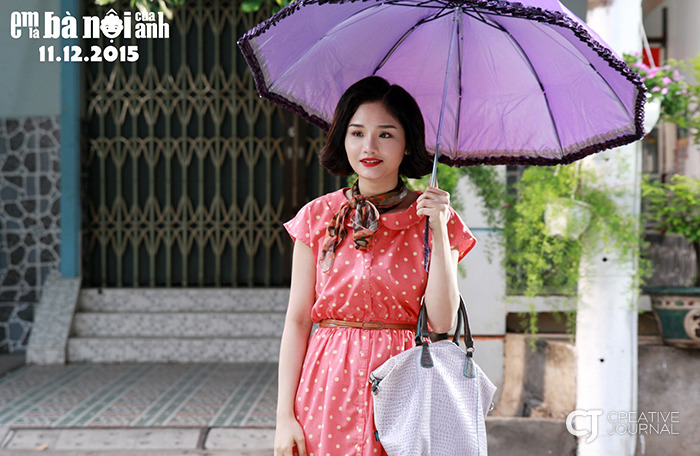 ▲ Diverse comedic appeal that is tailored to Vietnamese audiences’ tastes

Excellent Comedy that is Truly Hilarious

Vietnam is a country where comedies are very popular. Therefore, CJ E&M focused on remaking “Sweet 20” with a focus on the characteristics of the comedy genre. They appropriately utilized slapstick elements, puns and comic acting in the film by adding a variety of inside jokes suited to local culture and casting comedians as supporting actors and actresses.

CJ E&M created a narrative structure suitable for local culture and Vietnamese emotions by developing the screenplay with local staff in Vietnam. The company accentuated a relationship between a grandmother and a grandchild and highlighted family love by paying attention to a tendency to emphasize family love in Vietnam.

“Sweet 20” which succeeded in the early stages of its box-office run with high quality differentiated from existing Vietnamese films, became more popular via word-of-mouth. CJ E&M introduced marketing campaigns such as quick previews for news media, red carpet events, cine tours and bus ads, buskings, and online promotions, all of which were unprecedented. 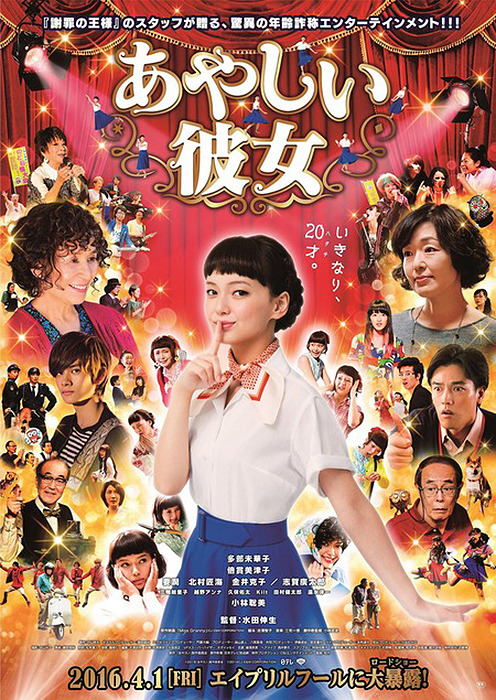 The Japanese version of “Miss Granny” released on April 1, 2016 is a joint project between Korea and Japan and was jointly invested by CJ E&M, Japan's Nippon TV, and film producer/distributor Shochiku. C&I Entertainment that became a successful producer through the film “Rurouni Kenshin” and “Black Butler” took charge of production of the film.

The film was directed by Nobuo Mizuta who is a prominent figure in comedy films such as “The Apology King” and stars Mikako Tabe, a young talented actor who performed well in the "Way of Blue Sky" and “Midnight Diner” and Mitsuko Baisho, a character actor who has won many prestigious prizes.

▲ A trailer of the Japanese version of “Miss Granny”

Variation of Storytelling Which Considers the Tastes of Japanese Audiences

The biggest feature of the Japanese version of “Miss Granny” is that its producers changed the whole story into a one about a mother-daughter relationship unlike the original Korean film, so that the film could effectively appeal to middle-aged and female audiences who are the main demographic of Japanese film audiences.

While the Korean original, Chinese and Vietnamese versions deal with conflicts between grandmothers and sons or daughters-in-law and the resolution of such conflicts, a story about a grandmother and her single-mother daughter leads the Japanese version of the film.

A grandmother suffering from conflicts with her daughter ponders what her real happiness is while she runs away and becomes rejuvenated and her daughter realizes what she has sacrificed for her in the process of finding her missing mother. This is the main plot of the film.

▲ A teaser video of the Thai version of “Miss Granny”

In addition, the Thai version of “Miss Granny”, locally known as “Suddenly Twenty”, will be released in November and its Indonesian version in 2017. Key conditions for the success of localization strategies which lay the foundation for Korean film globalization projects include having an understanding of the local market and a solid network of local human resources. 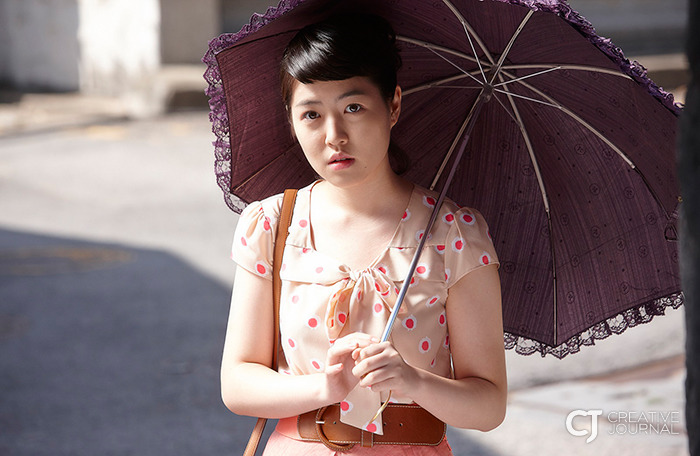 In 2009, CJ E&M made a foray into China ahead of other Korean film investors and distributors and staffed CJ E&M China’s Cinema Division with local personnel specializing in planning, development, production, marketing and distribution among others.

Therefore, the company is able to rapidly analyze the Chinese market and build a network with local human resources, enabling us to build planning and production infrastructure through cooperation with major distributors and investors in China.

In Thailand, they will produce ten Korean-Thai joint films within the next three years by establishing a joint venture called “CJ Major Entertainment” from February 2016 following the signing of an MOU with the Major Cineplex Group in Thailand in 2015.

In Vietnam, CJ E&M began direct distribution in 2011 and since then, has introduced 24 Korean films to the local market. The company has conducted analysis of the Vietnamese market and built a network in Vietnam. In Indonesia, they have co-planned and co-produced films with Indonesian productions through planning, development and forming investment contracts with them since 2014. 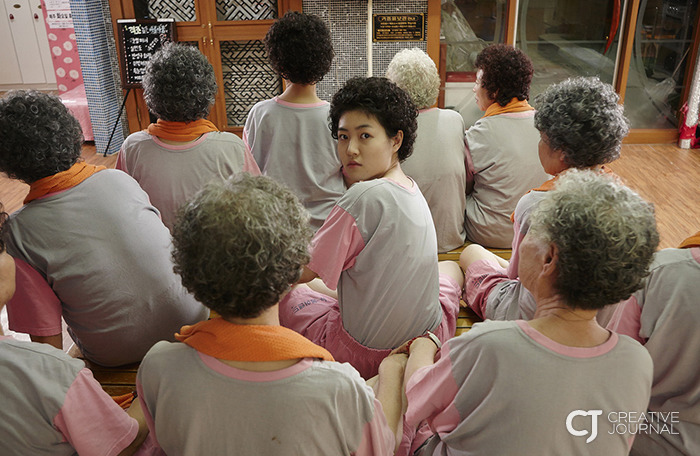 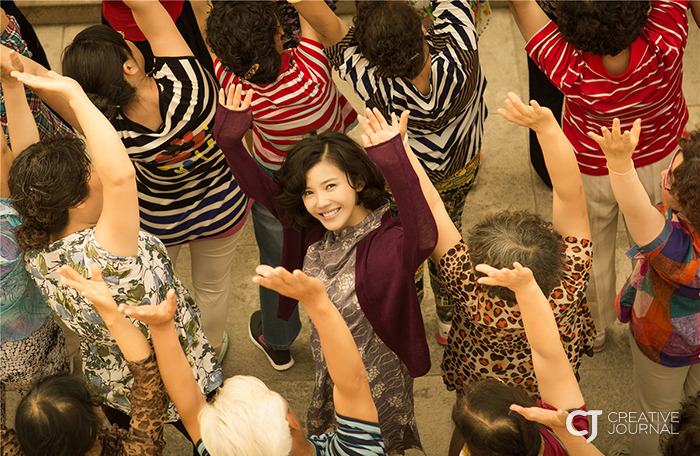 A specialized workforce is also an important part of the groundwork. Currently, those in charge of the joint film business at CJ E&M’s film business, including those overseas, add up to approximately 100 people. Its scale towers over that of an ordinary film distributor.

CJ E&M deeply considers about global possibilities from the early stages of filmmaking projects. For example, when reviewing film scripts for investment and distribution, the specialized workforce is assessing the possibility of success not only in the domestic market but variations abroad.

CJ E&M is confident that its preemptive invasion of overseas markets will create new opportunities for film producers, directors and actors in Korea. Could CJ E&M's global business which puts its one-source multi-territory strategy front and center become a new solution for K-Film?