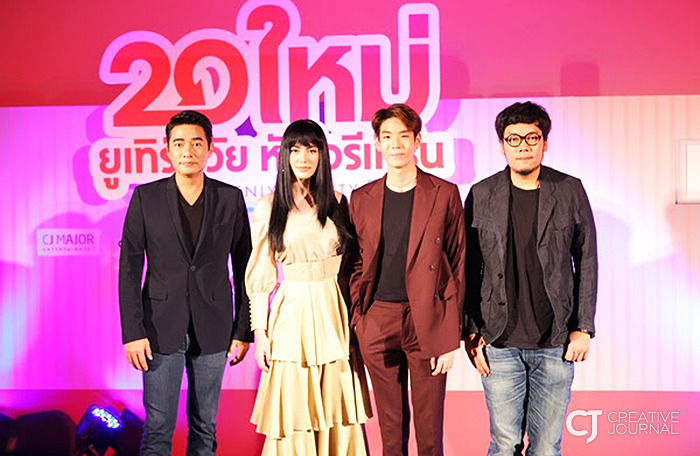 The title of the Thai version of "Miss Granny" is "Suddenly Twenty". This film is the first product of CJ Major Entertainment, a joint venture between CJ E&M and Major Cineplex Group, Thailand's largest cinema company.

It is the first-ever Korean-Thai film made jointly by Korean and Thai film professionals, working together on the process ranging from planning to production, marketing and distribution. Starring Davika Hoorne, Thai's "national goddess" and heroine of Pee Mak, the greatest box office hit in the history of the Thai film industry, the new film has been attracting a great deal of advance hype.

Underscoring its level of popularity, the teaser of the film that was released in September recorded more than 300,000 views. Interest is abound as to whether the film will strike box office gold once again, following the success in South Korea (8.56 million viewers), China (the most-viewed Korean-Chinese film ever) and Vietnam (the most-viewed local film ever in Vietnam). 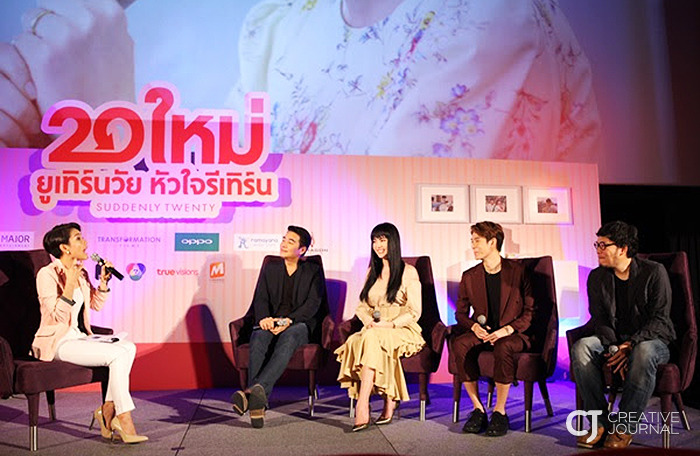 "Suddenly Twenty" was first unveiled at its production briefing session held in Thailand on October 3. This session was held in the presence of many notable figures, including director Araya Suriharn and stars Davika Hoorne, Saharat Sangkapricha and Kritsanapoom Pibulsonggram, and it was packed with over 150 reporters, reflecting the strong interest in the film.

This briefing session was streamed live on Thailand's Line TV, which recorded over 60,000 views.

"I am very excited that I could show you a totally different side of acting through this work," said the lead actress of the film, Davika Hoorne, sharing her thoughts on acting in a comedy film.

Director Araya Suriharn said, "I felt some pressure at first because it is a remake from 'Miss Granny', which has already been made in various versions in many countries. Nevertheless, I did my best to make the best film possible, combined with the charm of Thailand." 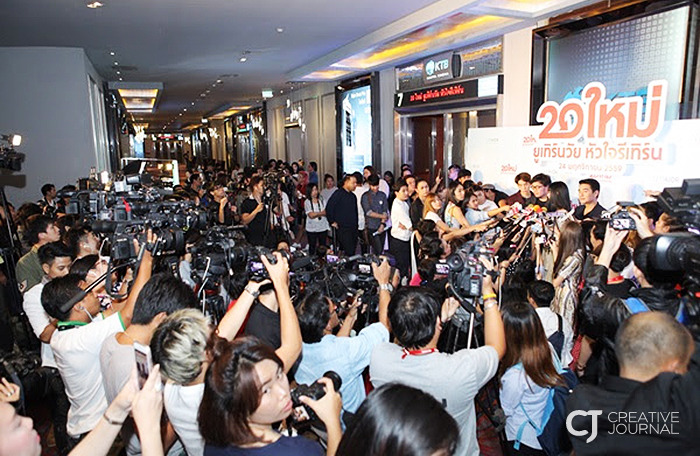 Yim Myung-Kyun, Global Business Team Leader of the Film Business Division of CJ E&M said, "Just like the Chinese, Vietnamese and Japanese versions, 'Suddenly Twenty' also went through a thorough localization process. Reflecting the popularity of comedy in Thailand, the new film features a new comic character who does not exist in the original to emphasize a distinctive Thai humor element. The film also features a cast of the best Thai actors and actresses and people are exhibiting a great deal of interest in how their comedic performances will come off."

He also added, "As this film is the first ever Korean-Thai produced film, I hope it generates a good result so that more films can be made by the two countries."

Meanwhile, "Miss Granny", which was released in January in 2014 and attracted 8.65 million viewers in South Korea, was remade as "20 Once Again" in China, the best-ever selling Korean-Chinese film that earned 365 million yuan (60.5 billion won).

The original film was also remade in Vietnam, retitled "Sweet 20", which became the most-viewed film in Vietnamese film history. A Japanese remake of "Miss Granny" was released in Japan last April, and an Indonesian version is currently being produced and is slated to premiere next year.