As major coffee shop brands are now paying more attention to pudding, there are growing interests in whether they will lead to the forming of a pudding market from this autumn season.

Born in the United Kingdom, pudding is a dessert made primarily of milk and eggs. Featuring its unique softness and sweet taste, strong focus is being directed to it as a simple dessert that one can enjoy after a meal. 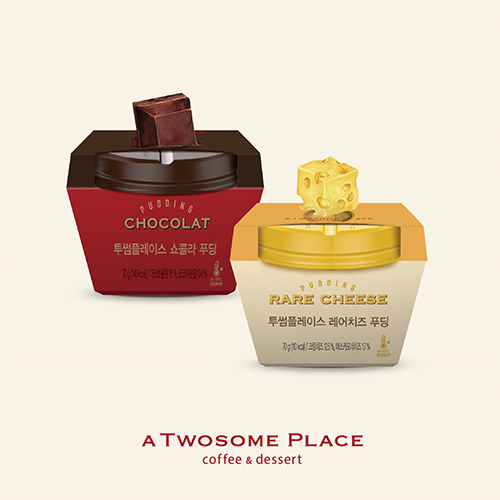 The premium dessert cafe A Twosome Place (www.twosome.co.kr) decided to expand the sale of its pudding desserts, which were recently released to test market response throughout its entire network of 770 stores with the strengthening of its marketing efforts after seeing positive responses from customers.

The industry expects that a pudding-related market will be formed soon, given the recent joining of leading coffee brands in the market following some processed food suppliers and bakery brands, such as CJ CheilJedang and Seoul Milk.

The two new pudding desserts by A Twosome Place are [Rare Cheese Pudding], characterized by the deep taste of cream cheese and Mascarpone, and [Chocolat Pudding], with the impressive taste of dark chocolate. The recommended retail price of the two products is 2,900 won.

A Twosome Place plans to lead the trend through its new small pudding series following its premium small dessert lineup that includes [Macaroons> and [Chocoroons].

"The new desserts caused a sensation last week, with almost the entire stock at our stores across the nation selling out," said the company. "As we witnessed the potential of the new releases, we will serve them throughout our chain of coffee houses, which are more accessible, so that more customers can enjoy these pudding desserts." 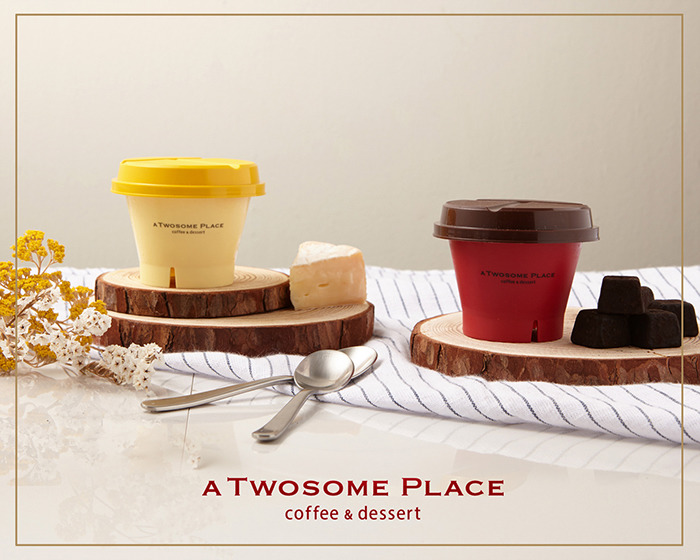 In pursuit of this, A Twosome Place focused on premiumizing the products to reflect the recent dessert trend that is showing keen interest in premium ingredients. The company developed their recipes in cooperation with CheilJedang, realizing the deep taste of authentic pudding by, for example, increasing the content of dark French chocolate.

It also sought to develop a good packaging design. It applied a colorful design reminding one of cheese or chocolate, the main ingredient of the pudding desserts, and designed a cute compact container, which young women, who are the main consumer demographic of the products, can carry and enjoy the dessert in one hand.

Probably owing to the packaging design, many customers are uploading their selfies to their social media accounts, in which they can be seen holding the pudding product in one hand at various places, such as stores and streets.

Celebrating the new releases, A Twosome Place will hold an event of offering a "Pairing Set", pairing a pudding dessert and an Americano coffee for 4,900 won (originally 7,000 won) for a period of two weeks, lasting until October 23.

"Coffee house brands are striving to differentiate their dessert menu fare by releasing pudding and roasted cookie products, while introducing teas in addition to coffees," said A Twosome Place. "In foreign countries, famous coffee houses are showing a tendency of expanding and subdividing categories by even offering alcoholic drinks such as beer and wine," it added.

Next
CJ O Shopping opens up a Korean section in LAZADA