DIA Festival and CJ Donors Camp have come together

DIA Festival and CJ Donors Camp have come together! "Come out and play!" For two days from August 27 (Sat) to 28 (Sun), boasting of fresh wind and a clear autumn sky after the heat wave, 2016 DIA Festival was held at COEX in Samseong-dong, Seoul. DIA Festival is a digital festival which the culture company, CJ, launched for this year for the first time ever. It is an offline event participated by popular BJs from online media such as YouTube and Afreeca TV and their fans. It is a festival where familiar digital stars and their fans create, share and spread contents together.

CJ Donors Camp is not something you would want to miss! CJ Donors Camp was present at the DIA Festival together with famous digital celebrities, including BANZZ, Dalchi and Ulsan Big Whale.

I explored every corner of the crowded venue on the first day of the festival. Now let me show you all about this festival!

Have some fun with digital stars before your eyes 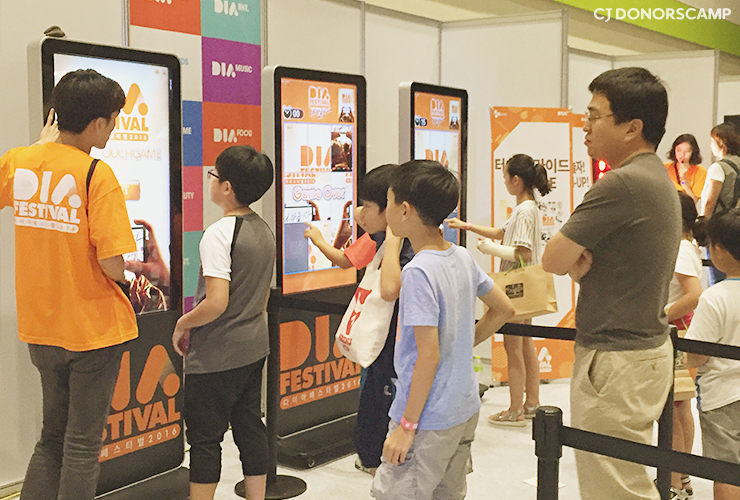 When I arrived at the festival venue, there was already a great deal of people enjoying the festival there. It is said that almost 10,000 people visited the festival on its first day alone.

Can you feel the tremendous popularity and passion? 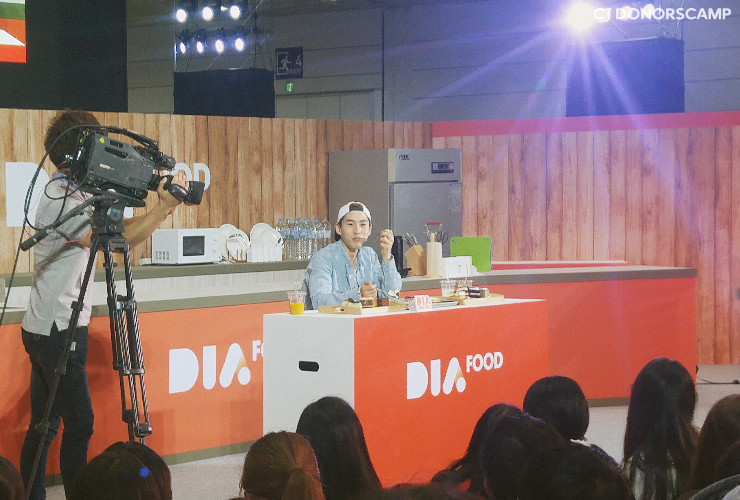 Three digital celebrities who brought energy to the CJ Donors Camp booth were BANZZ, a food show master, Dalchi, the king of miniatures, and Ulsan Big Whale, a GTA master. They are true digital celebrities, possessing between 500,000 to 900,000 YouTube subscribers.

It was amazing to see the shows of famous BJs offline!

The audience was mesmerized by their gift for gilb, reactions and dexterity. Aside from the three BJs who joined CJ Donors Camp, many other MCN creators who are loved for their incomparable contents, such as One Million Dance Studio, Calary Girl, Cuckoo Crew, Affetto Music and Heopop, graced the festival with their presence. DIA Festival was the right place to promote the "easy and amusing sharing" pursued by CJ Donors Camp.

Challenge events incorporating activities for everyone to easily join attracted the visitors, such as "Challenge: Bingo Game!" where players complete a bingo row by throwing a ball and "Challenge: Fly Tissue!" where players blow a piece of tissue so as to not let it land for certain time. Aside from these, many other games, including a photo-taking mission and a quiz contest, all pleased the audience. As mentioned earlier, however, these games were not intended for fun alone.

To join a game, you must donate 1,000 won and receive a coupon book. If you clear the games and missions and get all the stamps on your coupon book, you will become qualified for a raffle to win prized possessions of BANZZ, Dalchi and Ulsan Big Whale!

How wonderful it is to donate, play a game, and have a chance to win a prized possession of digital celebrities! Once again, CJ Donors Camp thanks all of our friends who joined our sharing campaign!

During the two-day event, as many as 1,500 people participated in this sharing event. Amazing, isn’t it?

It was Dalchi who started the possession sharing event on the first day. As a master of miniatures, he donated his ultra-cute miniatures. Many young students and their parents watched Dalchi draw for winners, longing to win the prize. 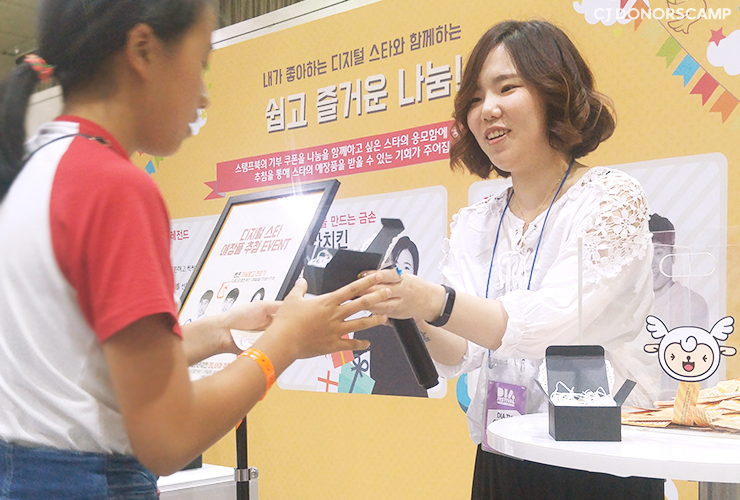 Not all the students could receive the possession but I hope they all were able to form an amusing memory with Dalchi! 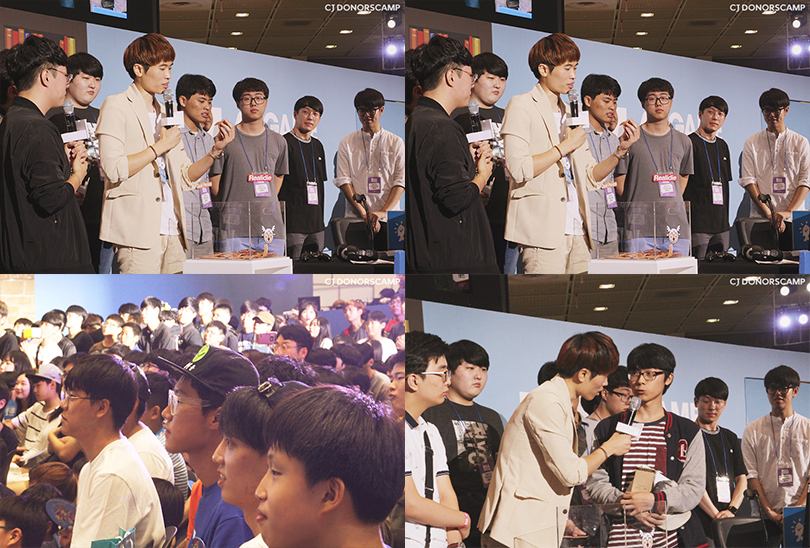 The second player of the prized possession sharing event was Ulsan Big Whale. What he brought to the event was a joystick. As you know, he is a game pro. He said he had a strong attachment to the joystick as he had used it for a long time since he made a comeback after his military service. Thank Ulsan Big Whale for donating such a precious possession for CJ Donors Camp! 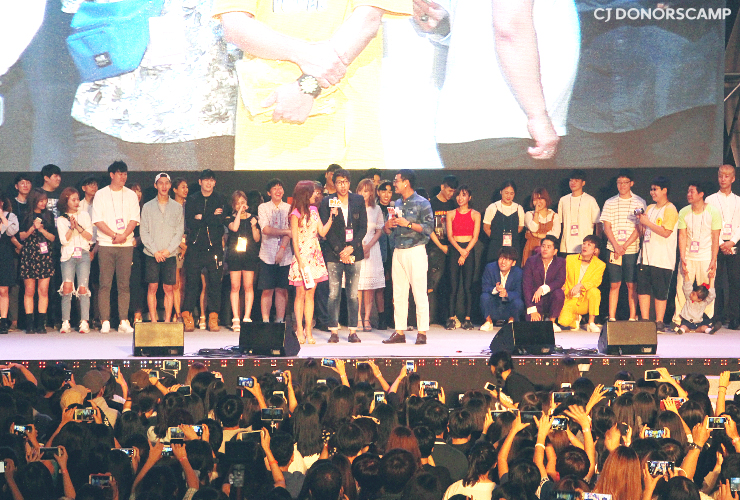 The amusing festival where we could enjoy an offline meeting with digital stars: DIA Festival came to an end!

I hope that DIA Festival will be held again next year.

"Come out and play!", "Easy and Amusing Sharing!" This is concludes my story about DIA Festival and CJ Donors Camp.