Shows Delicacies Made with Seasonal Food

- Launched 7 new seasonal menus made with 3 Korean seasonal vegetables and fruit
- As a bridge between rural and urban regions, CJ Foodville will continue to take the lead in promoting coexistence through the active use of native agricultural products. 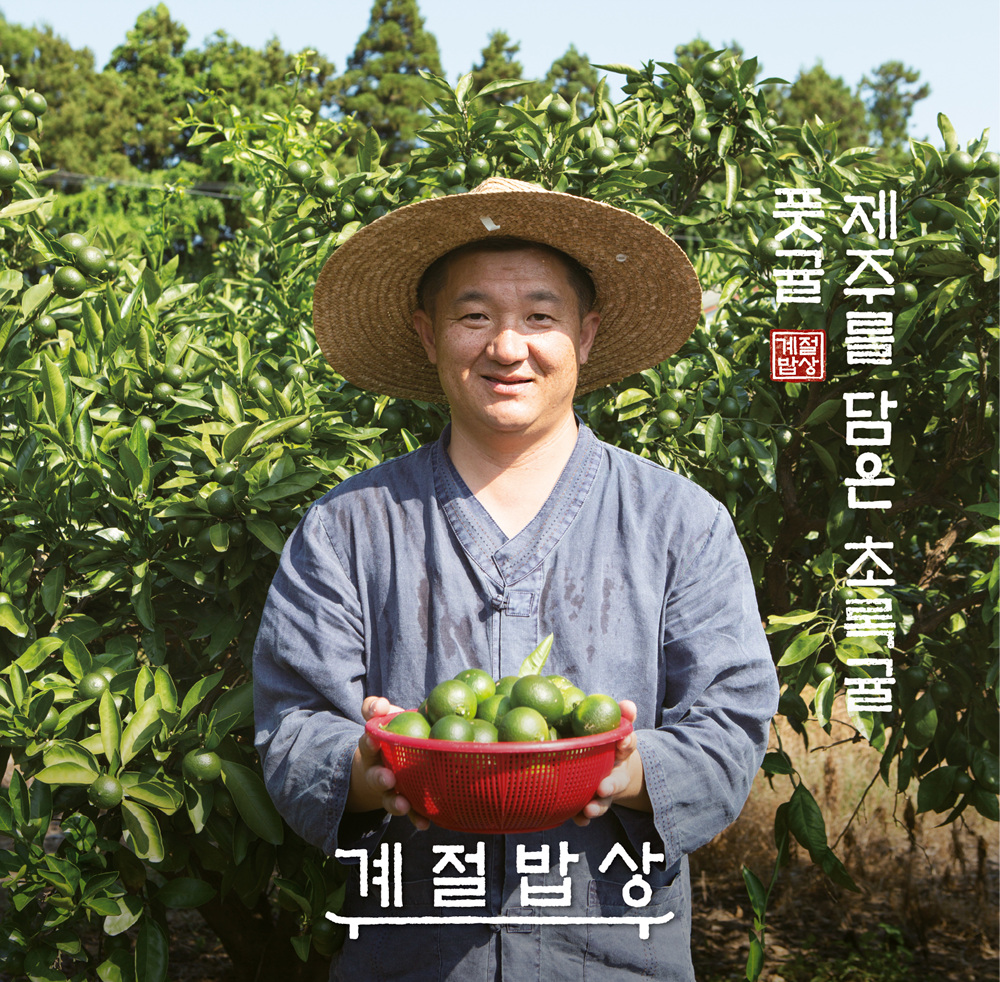 Season’s Table has launched new menus using seasonal ingredients, and this summer, it selected Ulleungdo’s red potatoes, Boeun’s Soebbul eggplants and Jeju’s green tangerines as the main ingredients of its new delicacies. They are all indigenous to Korea and are rare in urban areas. Plus, they all taste best in summer. Season’s Table can offer them to customers when they are much fresher as these ingredients are delivered directly from producer areas through the local supply chain the restaurant has established with the farmers who cultivate them.

The menus made with Ulleungdo’s red potatoes include “green salad with potato” and “steamed potato”. Red potatoes have been cultivated for a century on Ulleungdo Island. They have a red peel, and are yellow inside, along with a soft yet crispy texture. Farmer Han Gwi-Suk, who has grown red potatoes for more than 30 years on the island, was selected as the supplier.

The menus made with Boeun’s Soebbul eggplants are “seasoned olbanggae muk and eggplant”. They look like a bull’s horn and the name soebbul eggplant comes from this appearance (“soebbul” is the Korean word meaning a bull’s horn). They have a deep violet peel and an enjoyable chewy and munchy texture. Season's Table is delivering soebbul eggplant from Jeon Gyeong-Jin and Choi Jeong-Heui, who are a couple and have cultivated it for eight years in Boeun, where they have settled after leaving the city. Season’s Table plans to run a cooking class for making “green tangerine marmalade” in its branch restaurant in Ilsan on August 19, to help raise awareness of green tangerines, a new kind of fruit. It will hold an online event where a variety of gifts, including meal vouchers and Jeju Island travel vouchers, will be offered by lot. More information is available on the official web site of Season’s Table.

An official of Season’s Table said, “this summer’s new menus are intended to actively introduce Korea’s native agricultural products that must try as a Korean cuisine family restaurant that has played a role as a bridge between rural and urban regions. Season’s Table will continue to contribute to an increase in the income of Korean farmers and introduce healthy and delicious dishes made from Korean vegetables and fruits to customers”.

Season’s Table is a Korean family cuisine restaurant brand that has discovered new seasonal and healthy foods of Korea and introduced them to customers, while actively seeking the coexistence with farmers. So far, it has developed new menus made with a total of 50 Korean seasonal products such as mulberries, yellowish overripe cucumbers, burdocks and godae rice through consultation with farmers around the nation. Using these vegetables and fruits, it has been able to launch 120 new seasonal menus.