◇As many as 8,000 viewers gathered at Inje Speedium on July 30to watch the finals of the 2016 Night Race.

◇Supporters of Team CJ Logistics and CheilJedang Racing visited the circuit, adding to the track side atmosphere.

The Night Race of CJ Logistics Super Race Championship was a great success at Inje Speedium (3.905km long) on 30, capturing the attention of Korean car maniacs. The Night Race of Super Race which marked fifth time this year became the biggest hit in history with as many as 8,000 viewers. 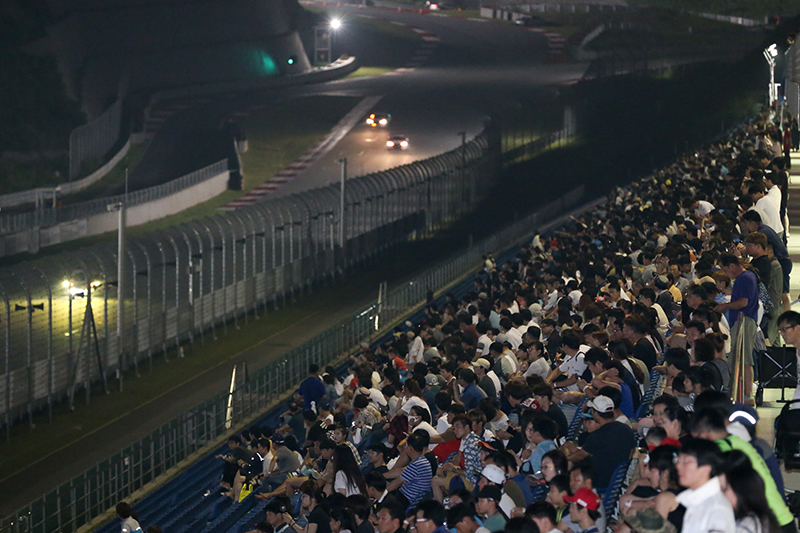 ▲The crowd enjoying the Night Race

The Night Race 2016 Season of the SK ZIC Class, Asia's only stock car race, consisted of five rounds in total. With the overwhelming power output and flashy lighting, viewers were able to fully enjoy a thrilling round of racing. The five rounds of SK ZIC 6000 Class was the stage for Jung, Eui Cheol from Ecsta Racing. Jung, who took "Pole Position" at the preliminaries the day before, overtook other cars from the opening lap and showed his class over the 25 laps which he completed in a record 43 minutes and 20.519 seconds. That time was enough to give him his second consecutive Night Race Championship Cup. Meanwhile, Kim, Jae-hyun (E&M Motor Sports) following Kim, Dong-eun (Team CJ Logistics) achieved the first Podium Finish during his debut season.

With Jung, Eui Cheol locking up first place, other players fought it out for second, making viewers cheer loudly. O, Il-gi (CheilJedang Racing) displayed his ability to overtake other cars and was in control of atmosphere from early in the race. Taking third place in the second half of the race, O, Il-gi was set to achieve his first "Podium Finish" of the season. But, at that moment, Kim, Jae-hyun dramatically reversed the order, audaciously overtaking Jo, Hang-woo and O, Il-gi on the final lap to take a podium position. Jo, Hang-woo, Ide, Yuji, Hwang, Jin-woo, Kim, Jin-pyo, Yun, Seung-yong (2K Body) and Tim Bergmeister took fifth to tenth place respectively, achieving a Point Finish. 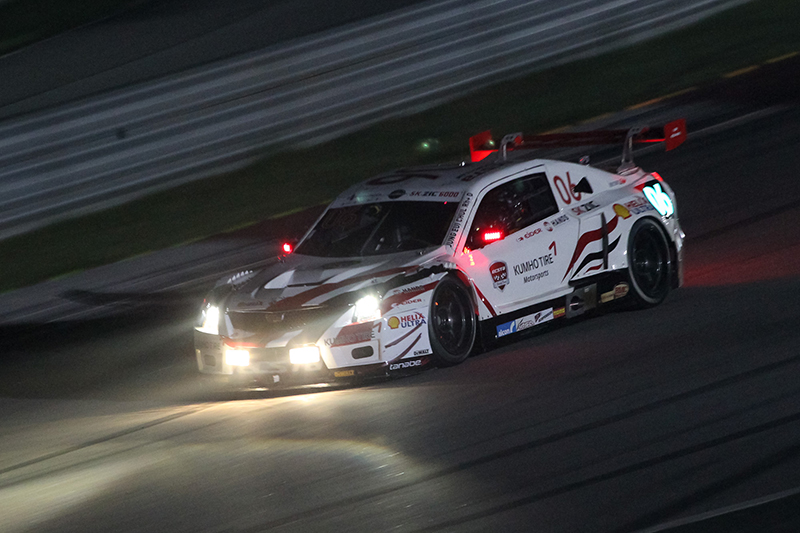 In the GT Class, before the SK ZIC 6000 Class, Solite Indigo gave a brilliant drive. Solite Indigo had lost the top position to the Chevrolet Racing Team in the opening game, and to the Seohan Purple Motorsport Team in Round 2. But, the racing team finally succeeded in having a perfect return match in the GT1 Class, where all Korean elite teams were competing, with its racers Choi, Myeong-gil and Seo, Ju-won ranking first and second, respectively.

Despite starting in the final race grid 2, Choi, Myeong-gil drove supremely from the opening lap, preventing anyone from overtaking and exerting complete control of the race. In the GT2 Class, meanwhile, Seo, Seung-bum (Hyundai Racing) achieved “Pole to Finish,” followed by Kim, Byeong-hyeon (Dream Racer) and Park, Jong-geun (E-Rain). Kim, Tae-ho of Club Chevy Racing and Jeong, Seung-chul of 2K Body stood on the first place of the podium in the GT3 and GT4 Class, respectively.

Meanwhile, in the Shell HELIX 1600 and V720 Class, Kim, Seong-hyun of DynoK, Jeong, Ji-won of Nix (in Cruize), and Lee, Joong-hoon of S12 Motors Team (in Accent) ranked first, making a tight match and driving well.

Supporters of Team CJ Logistics, CheilJedang Racing, and E&M Motor Sports visited the circuit of the Night Race, displaying a new cheering culture for Korean motor sports. Moreover, even the fan club of Ryu, Si-won of Team 106 added to the atmosphere and the seats were caught up in a heated mood.

In addition, the supercar event race showed cars you cannot easily see on the streets such as Ferraris, Lamborghinis, Aston Martins, as well as the country's best audio tuning car performance show, hardcore tuning car exhibition and drift performance show, which satisfied the eyes and ears of viewers.

Super Race Championship is Korea's largest motorsport competition, with FIA approving the use of the "Championship" title. Since the beginning of CJ's sponsorship in 2006, the championship has led motorsport competitions, has expanding the base of motor sports over the past ten years. It has held stock car races for the first time in Asia, involving domestic and overseas racers of the highest caliber. Since holding the Night Race in 2012, it has offered night racing which is recognized as a summer night festival with a unique combination of a rock concert and night race. Meanwhile, it held the first Super Race in Korea, China and Japan in 2013, and has since attained the goal of becoming Asia's premier motorsport competition.

The competition in 2016 will be held under the title of "2016 CJ Logistics Super Race Championship." Starting from the opening race in April, a total of eight races will take place over seven months. Super Race Championship, held at six circuits in three Asian countries, Korea, China and Japan, will entertain motorsports fans with differentiated events matching each competition.