Regardless of generation, many people agonize over ‘love.’
Thoughts about love, from ‘What’s love?’ to ‘Is this love that
I’m feeling now?’ or even ‘Is he (or she) in love with me?’,
are endless.
A study of love for people in their 20s, ‘Introduction to Everyday Life:
The Kind of Person You Still Remember, Even After Breaking Up’
There is always that kind of a relationship – the one where you don’t realize just how special that person has been in your life
until after you break up. You are so relaxed and used to this relationship that it becomes just a part of everyday life.
Ultimately though, these ordinary days add up and become a core aspect of your life, and that is exactly how that person
who had once seemed like just an ordinary part of your life actually takes on a larger role in your entire life at some point. Anyone who has ever been in love will be familiar
with this kind of experience. Whenever they go
someplace nice with their friends, they think of
their lovers automatically and decide that it would
be a great place to visit together later. These days,
this phenomenon can be seen taking place more
and more on social media. People tag the social
media accounts of their boyfriends and girlfriends
with links to a variety of content, leaving comments
like “Let’s go there together” for restaurants and “Isn’t this hilarious?” for humorous content. These are all examples of the
kinds of relationships that people in their 20s have these days.

Due to the nature of social media where posts can include both photos and texts, the people in their 20s have these days tend
always include photos of their relationships when posting. They post every single moment of their dates on social media, such
as enjoying a big meal of a steak and salad bar at VIPS for their anniversary, choosing a couple of diffusers at O’live Young to
fill their loved spaces with a sweet fragrance, chatting over their favorite coffee and some dessert at A Twosome Place, or
even the way their lovers struggle to cook up a meal for them. The only reason they do this is because they were there with
’you,’ and they want to record each and every special moment spent together with ‘you.’

People keep a record of every single moment of their dates by taking photos and posting them on social media.
It has in some ways become a kind of ‘love diary’ for the everyday life of lovers.

This photo record is the reason why they went crazy about
CGV's PhotoTicket. The fact that they could actually turn
smartphone photos into a real PhotoTicket was appealing
to them, but above all, PhotoTicket itself had the added
benefit of becoming another record which could be posted
on social media perfectly suiting the tastes of those in their
20s. they can post the PhotoTickets of themselves as couples on social media and add hashtags like ‘#InARelationship’
and ‘#Lovestagram.’

‘Movie theaters’ have long been one of the must-go dating spots for couples. The places are perfect for couples to watch
movies side by side and get closer to each other later by sharing their thoughts about the movies. There is now also a new
way to get even closer in the movie theater. What if you could play a room-escape game at the theater? What if you could
post photos of you and your lover on social media playing the room-escape game while you are out to see a movie? 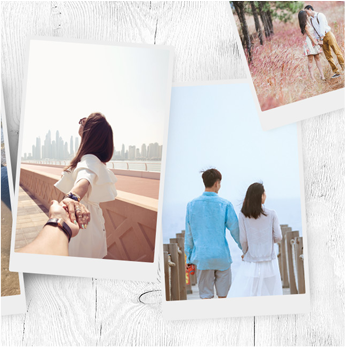 Movie theaters are receiving attention once again from the younger generation as CGV has begun to offer a variety of new
experiences, such as ‘Mission Race’ where you clear different missions, ‘Mission Break’ where you can play the room-
escape game, and a bowling pub where you can drink beer while bowling. There are no ‘lovestagrammers’ anywhere who
would miss the chance of enjoying unusual experiences at the classic dating spot of a movie theater, all while getting closer
to each other, and keeping a record of their time as a lovestagram on social media. 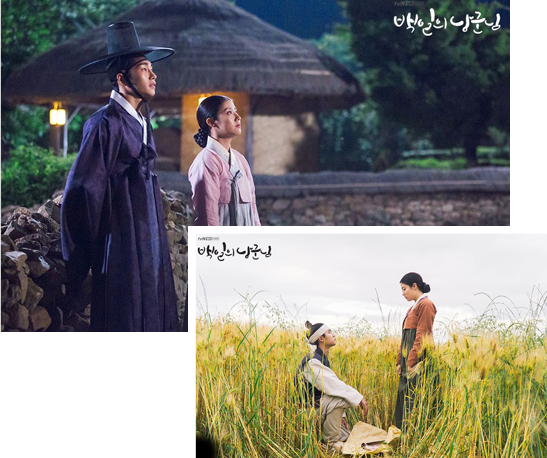 There is an absolutely essential dating experience that
all couples have to enjoy regardless of time: traveling.
In the past, couples asked other people to recommend
good travel spots, but nowadays the situation is different.
Couples can easily find information about travel
destinations by searching the Internet. They can even go
traveling to spots they have had their eye on after seeing
them in dramas or movies.
< Mr. Sunshine >, the popular drama that has just recently ended,
is a great example of this. ‘Manhyujeong Bridge’ in Andong, where
Byung-hun Lee said the famous line, “Let’s do it. Love. With me,”
to Tae-ri Kim, and the drama set ‘Sunshine Land’ in Nonsan is
crowded these days with couples in their 20s, aiming to take the best
photos of their lives. These days, ‘Naganeupseong’ in Suncheon from
< 100 Days My Prince > has also become a hot spot.

The filming locations used for dramas and movies attract young couples
in their 20s because the setting is already well known, and thus they
feel as if they can act out and be just like the couple from the drama.
So, how could they not go? 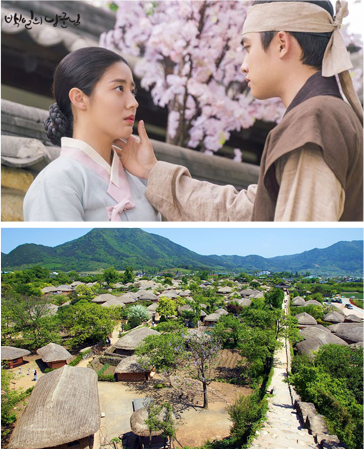 People want to keep a record of the time they have spent with their loved
ones in whichever form possible, because they can later look at those
records in the distant future and be lost in old memories and nostalgia.
Just as love letters did that for those in their 20s in the 1970-1980s, social
media is doing the same for those of the same age today. In addition,
they can also share the little things in everyday life real-time through
smartphone messengers, and go to bed after making a video call.

Despite the different dating style, the essence of love remains unchanged:
being part of the everyday moments of one’s beloved, thereby becoming
part of his or her life.
11
Vol.