Asia's most prestigious music awards ceremony, the Mnet Asian Music Awards (MAMA) will take place on December 2 in Hong Kong. MAMA has become a music festival enjoyed by music fans in Asia as well as around the world.

MAMA is Asia's most prestigious music awards ceremony and a global music festival enjoyed by people all around the world.

The History of MAMA Capturing Key Moments in Popular Music

Every December, the Asian continent rumbles with pleasant sounds and unbridled excitement, and that's because of MAMA, short for the Mnet Asian Music Awards, Asia's most prestigious awards ceremony where people become one through music. The recently released MAMA Legend video shows all the greats in K-Music history, including 1999's Best Group winners H.O.T, 2001's god, 2002's BoA, 2003's Lee Hyo-Ri, 2004's Rain, 2006's TVXQ, Big Bang who have made appearances at MAMA since 2007, Girls' Generation, who have been gracing the stage at MAMA since 2010, and EXO, who thrust themselves into the spotlight in 2013 with the music video for their song "Growl." Such visual evidence demonstrates that MAMA is an awards ceremony that has been representing the history of K-Music.

Lined up with appearances by many top stars
including Big Bang, TVXQ, EXO, and Girls’ Generation, MAMA is Asia's most
prestigious music awards ceremony that has been capturing
key moments in K-Music history.

MAMA started out in 1999 as Mnet Video Music Awards. Korea's first-ever music video awards ceremony, Mnet Video Music Awards put great value on the role that music videos play for music, which was deemed to be radical at the time, and changed its name in 2004 to "the Mnet KM Music Video Festival." Then, after renaming itself "the Mnet KM Music Festival" in 2006, the awards ceremony began to cover both K-Music music videos and K-Music itself and pick the best from them. It was after 2009 that the awards took on its current name, the Mnet Asian Music Awards, a.k.a MAMA. MAMA has constantly evolved alongside the growth of Korea's music industry, and after being held for 10 years in Korea, driven by new-found audiences and changing market demands for K-Music, MAMA transformed itself into a global music festival; it took place in Macau in 2010, in Singapore in 2011, and in Hong Kong in 2012 and 2015. "MAMA is Asia's iconic culture festival sustained by vigorous investment from CJ Group's top management and is a demonstration of the prowess of CJ Group, which has led the Korean culture industry for the last 20 years," noted Shin Hyung-Gwan, head of Mnet Content Department at CJ E&M, who is in charge of MAMA. MAMA, an important avenue for K-Music's propagation that has captured many key moments in K-Music, has extended beyond being a mere year-end music awards event and is now one of the world’s largest music festivals enjoyed by people all over the world and serves as a global communication outlet as well as a platform to promote Asian pop music. 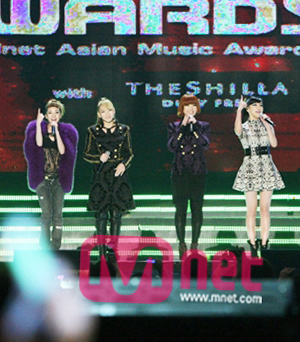 Since its 2010 installment in Macau, MAMA has continued to take place in cities overseas, cementing itself as a global music festival and a communication outlet for K-Music fans around the world. 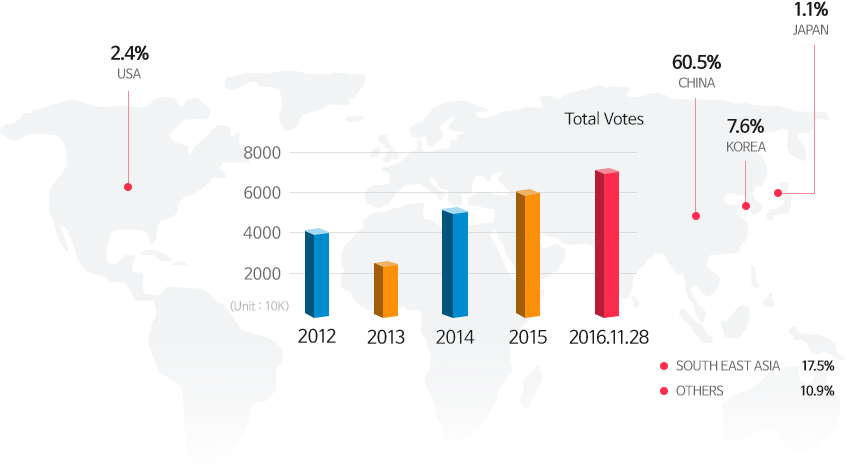 The Significance of MAMA Now a Global Music Festival

The significance of MAMA lies in that it is a music festival attended and enjoyed by people from Asian countries as well as from around the world. Since it started airing live simultaneously in Korea, China, and Japan in 2008, MAMA has gradually extended its engagement with global music fans, having been broadcast live in 10 Asian countries in 2009. Now airing live in a total of 16 countries around the world, MAMA today boasts a total number of 2.4 billion viewers, including those in Asia, Europe, North America, and Oceania. MAMA, which has made it possible for music fans around the world to communicate with each other via various platforms including online and mobile devices, has been striving to create a space where cultural values can be shared and appreciated by all. MAMA's online poll, in particular, whose results are reflected in selecting the winners of the awards, is an important tool that allows music fans around the world to actively convey their opinions on the artists they love and support. The online poll for 2016 MAMA, which opened on Oct. 28 at 7 p.m., accumulated over 3.6 million votes within two days and, at over 17 million votes as of Nov. 7, is expected to garner the highest number of votes in MAMA history when it has closed. 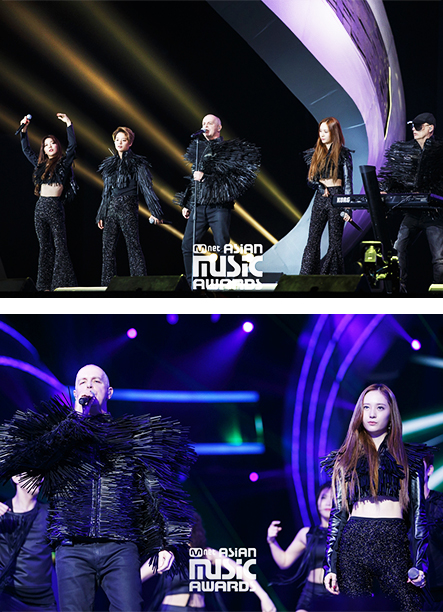 MAMA, a Place Where Eastern and Western Artists Interact with Each Other

Showcasing new, leading-edge performances every year, MAMA caught the attention of many music fans with a video collaboration between f(x) and the Pet Shop Boys.

Above all else, MAMA has emphasized musical innovation, showcasing leading-edge performances each year. Last year, under the theme of "State of Tech Art," MAMA made an ingenious attempt to conflate art with cutting-edge technologies such as four-sided holograms and kinetic mirrors, showcasing fantastic performances that were never seen before anywhere else. In addition, MAMA has invited on its stage world-renowned artists such as Will.i.am, M-flo, Dr. Dre, Snoop Dog, Stevie Wonder, John Legend, and the Pet Shop Boys as part of its mission to create a space where Asian and Western artists interact. And MAMA has also been serving as the driving force for the advancement of the music industry. Especially, "Professional Category," which was established last year and includes the Producer, Engineer, and Concert Planner categories, aims to improve the music industry's environment into a healthier variation.

Set to be held on December 2, MAMA has chosen Hong Kong's AsiaWorld-Expo (AWE) as its location this year, a fitting choice for a global music festival. Known to excite music fans with a creative concept each year, MAMA has employed a new concept called "Connection" this year. "Connection" speaks about MAMA as a communication outlet that connects all music lovers with each other, that is to say, artists with artists, artists and music fans, artists and creators, and so on. In addition, by integrating technology with emotion in a brand-new way, MAMA connects online with offline and bridges imagination and reality.

Under its newly employed concept, "Connection," 2016 MAMA aims to take a bold leap forward to become a communication outlet where music fans can connect with each other. 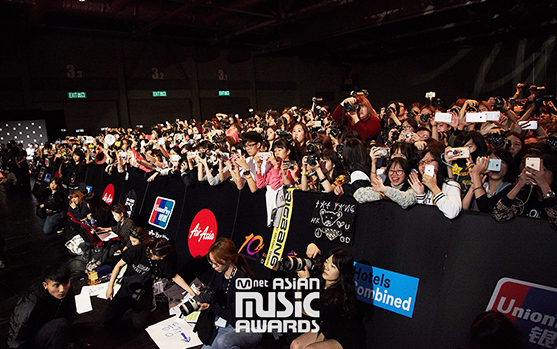 MAMA is a music festival that music fans eagerly awaited by music fans around the world and serves as a cultural platform where the entertainment industry's visions and insights are shared with the public.

MAMA's "Professional Category," which was newly established last year, has been upgraded and has taken on a new form called "Creators' Forum," through which producers, engineers, and concert planners that have contributed to the advancement of the music industry will share their visions and insights. At this year's "Creators' Forum," a host of music leaders from around the world will appear and discuss the current issues and future of the music industry, including Quincy Jones, who is well known for having been one of Michael Jackson's producers, Andy Ng, who is the general manager of China's top music streaming service QQ Music, and Warner Music Group vice president Calvin Wong.

MAMA is a global music festival and one of the trendiest lifestyle choices eagerly awaited and enjoyed by K-Music fans around the world. MAMA is a space where creators, artists, and music fans freely communicate and interact with each other, which will lead to the advancement of the music industry. MAMA is a stage where artists can present their musical achievements so far through leading-edge performances as well as a stage that allows them to go beyond their musical limits. Sharing the entertainment industry's long-term visions and insights with the public, MAMA is evolving into an important cultural platform recognized by music experts around the world. MAMA is writing new history at every moment. At the moment, the whole world is eagerly awaiting 2016 MAMA.

MAMA is evolving into an important cultural
platform recognized by music experts
around the world.