CJ brands with trendy contents that are able to captivate the younger generation in China. 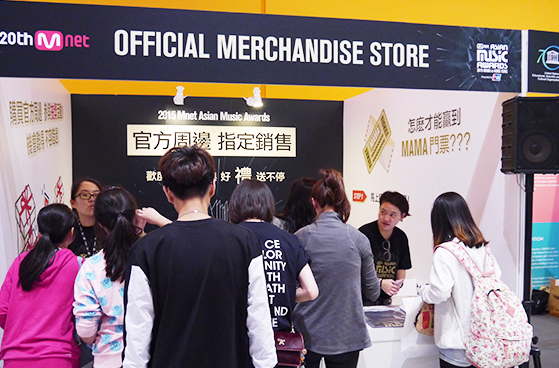 The most active consumers of “Jiulinghou”,
people who have been born since the 1990s,
are buying up the souvenirs
at the 2015 Mnet Asian Music Awards.

Those who are taking the lead in trends and consumption in China right now are Jiulinghou people who have been born since the 1990s. Born after the stabilization of the Chinese economy, they are eager to express themselves and are not hesitant to embrace a new culture. K-Culture is what currently enthralls them the most and inducing them to become more active in consumption. They listen to K-Music, watch K-Drama every day, dine on K-Food with friends, purchase new K-Beauty products and steadily show interest in what is the hottest trend of the moment.

They not only avidly consume K-Culture, but also take pictures of K-Drama sets, new K-Food restaurants and K-Beauty products, upload them to their preferred social media accounts and communicate with other consumers. To them, K-Culture is a new standard that broadens their visions and perspectives according to changing environments that enrich their lives as well as entertainment that deeply resonates with them. In short, it is not an exaggeration to say that K-Culture has evolved the lifestyles of the younger generation of China. In particular, CJ brands played a major role in making such changes by engaging consumers with the trendiest contents. CJ brands have changed the way young Chinese people enjoy culture itself and consume cultural products such as having new gourmet experiences and new beauty care preferences.

It is not an exaggeration to say
that the lifestyles of the
young generation of
China have evolved through K-Culture.

Li Lian, a 25-year-old department store merchandiser in Beijing, is extremely sensitive to trend culture as her main task is to observe how consumers react to current trends. She is a prototypical girl of the Jiulinghou generation (a generation of people who have been born since the 1990s and who are deeply influenced by trends and self-expression) who enjoys visiting cafes and restaurants that are becoming popular these days with her friends. Lately, she added one more thing to her pleasant morning routine. As she needs to be ready for the opening of her department store from 9 am, she recently started to have breakfast at Tous Les Jours near her company. Since her favorite star is Kim Soo-Hyun and as she traveled to Seoul for the first time at the end of last year, she has been fascinated by bakery Tous Les Jours where people can enjoy plain and delicious French bread in a sophisticated atmosphere.

In fact, Tous Les Jours shops in China are being recognized as hot spots among trendsetters now that the bakery provides consumers with a wide variety of high-quality French bread with a concept of a premium bakery. Many reviews of Tous Les Jours by Chinese consumers on "thebeijinger.com", the online site of one of Beijing’s English magazines, are mostly positive. They include “I cannot resist the temptation to eat a vanilla cake every time I pass by a Tous Les Jours shop. Its sizes are suitable for people who worry about calories. Its rye bread is healthy and fresh” and “It sells a wide array of tasty sandwiches. The quality of the ingredients is also good.” A Tous Les Jours bakery has been bustling with those who want to have joyful tea time with the addition of a trendy juice bar since opening at the Jing An Kerry Center at West Nanjing Road Station to which Shanghai’s trendsetters tend to flock. Therefore, those who want to buy bread may now have to hurry a little more. 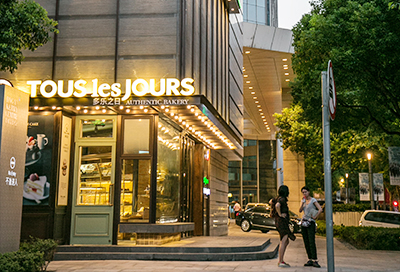 Jing An Kerry Center Branch of Tous Les Jours at West Nanjing Road Station is packed with Shanghai's trendsetters, signifying it as a popular spot for fashion-conscious people.

Like other overseas fans of the Korean cultural wave, K-Culture fans in China usually started with K-Music, K-Food or K-Movie and finally became interested in overall K-Culture. CGV, which has posted a huge growth rate with having launched 68 branches in China launched CGV theaters with the concept of the first “cultureplex,” a place where people watch music and dine in China.

CGV Chibao with its state-of-the-art special screening facilities including 4DX, IMAX and ScreenX, among others, is one of the reasons why Chinese people chose CGV to watch movies.

CGV developed the concept by taking young Chinese people’s lifestyles into consideration. CGV proposes a K-Culture lifestyle as a complex cultural space where people can enjoy shopping, eating, and leisure activities rather than just watching movies. Du Hyomen (22 years old), who goes to university in Beijing, grew up in Guangzhou, and loves K-Culture to such an extent that she has become fluent in Korean. She is so interested in various forms of K-Culture that she frequently visits CGV Beijing Yidigang with her friends as she can enjoy K-Culture lifestyles through CGV, bibigo, Tous Les Jours and Twosome Coffee in one place. Of course, 4DX, IMAX and other high-tech facilities also lead her to CGV. In addition, CGV is transforming the movie-going lifestyles and even film appreciation culture of Chinese audiences through interesting promotions and discount events among others. Cultureplex CGV, with its great films, nice meals and good coffee, is becoming an important example of how one space has redefined an entire cultural consumption landscape.

Zhao Sheng (25 years old), who works for a foreign company in Shanghai, is your average trend-sensitive Jiulinghou man who can be called “Xiaoxianrou”, which means a young man of a new generation who is between 12 and 30 years of age and who has a gentle personality and nice body. He got to know about K-Culture via his girlfriend who was already a fan of K-Culture and it has now gotten to a point where he eats dinner at bibigo at the Jing An Kerry Center, a large shopping mall at Shanghai's West Nanjing Road Station. bibigo is recognized as a premium food service brand representing clean and healthy food in major cities such as Shanghai and Beijing and Fujian Sheng and Guandong where a midnight dining culture has taken form. In particular, an advantage of being able to eat healthy and delicious food is fueling bibigo’s popularity among young Chinese people who care about dieting and health. The reason why bibigo is enjoying immense popularity among Chinese consumers is that bibigo has paid attention to both globalization and localization since its development stage. bibigo has been recognized as a restaurant serving customers with healthy food and at the same time, has secured its image as a trendy restaurant. One good example is that bibigo launched “Gangnam Chicken”, as Jiulinghou people’s demand for chicken grew thanks to the Korean TV drama “My Love from the Star.” In addition, bibigo earns the trust of Chinese consumers by offering sauces such as Gochujang, Ssamjang, and lemon sauce in pouches to those who are sensitive to food safety. bibigo has triggered a craze among young Chinese people who care about dieting by featuring healthy and delicious menu selections.

These days, there is growing interest among Chinese Women on the Korean TV beauty show “Get It Beauty” and the edible Korean cosmetic product “Innerb.” Tencent, China’s largest Web portal, has a whole channel dedicated to Onstyle rather than streaming its individual shows, which is unprecedented, and the streaming service has attracted over 2 billion views in just six months. Innerb, on the other hand, has become a product representative of K-Beauty and has ushered in a new awareness of the mportance of inner beauty.
K-Beauty is now trendy, attractive and hot among young Chinese people as shown in a case where the above-mentioned Zhao Sheng, a 25-year-old typical Jiulinghou man in Shanghai, chose K-Beauty products at O’live Young as a gift for his girlfriend's birthday.

K-Beauty's detailed information and diverse product line-ups are now helping Chinese consumers understand beauty. Thus, young Chinese people's beauty product consumption is evolving into a way that reveals more personal tastes and preferences. This does not stop at mere product consumption but creates a new beauty culture through individuals’ delicate tastes and standards of beauty. Chinese people enjoying CJ brands are purchasing not only products but also the deeper context about them. 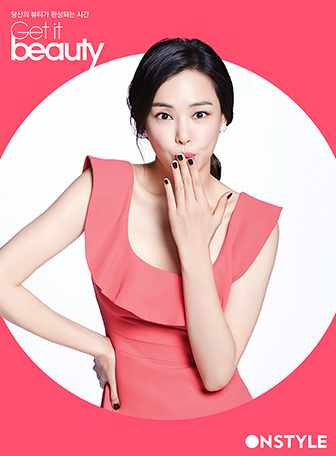 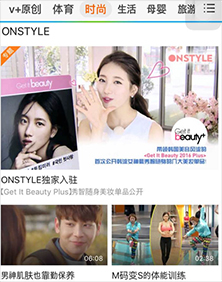 China is fascinated by K-Beauty with delicate taste and standards

As seen in the Tencent Mobile OnStyle section,
K-Beauty’s diverse product lines are being well received by Chinese people who value personal taste.

CJ is creating a lifestyle where
Chinese young people enjoy and
consume culture.