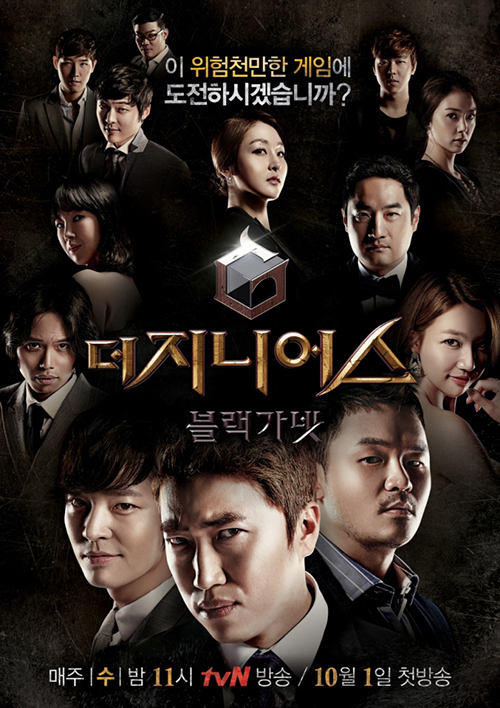 Asias leading content and media company CJ E&M [http://en.cjenm.com] CJ E&M has sold its social reality game show format "The Genius Game" to FremantleMedia France. FremantleMedia France holds the rights to French speaking countries. This past February, the format was sold to a partner in Netherlands.

First aired in 2012, The Genius Game features 13 players from various backgrounds pitted against one another in a battle of wits over 12 episodes. The show in past seasons has invited a magician, poker champion, billiard player, pro-gamer, hacker, mathematician, news anchor, politician, music producer, and K-Pop idol star. It is currently airing its third season on CJ E&Ms general entertainment channel tvN with record-high ratings.

Ratings for the first two seasons were consistently high. Both seasons ranked number one in its primetime slots among adults aged 20-49. It has recorded the highest ATS (Average Time Spent) with 42 minutes and 48 seconds, among pay TV programmes in primetime for season two (Saturdays 11PM-12AM).

"We are excited to introduce our content to French speaking viewers," said Alex Oe, the director of acquisitions and sales at CJ E&M. "The continuing successful deals for our formats reflect CJ E&M’s leading the charge of Korean entertainment contents beyond Asia where they are already massively popular."

CJ E&M produces and distributes content for the broadcast, film, music and live entertainment sectors. Seeking to promote the globalization of Asian pop culture through a strategic “one source, multi-content” approach, the company was formed in 2010 from a merger of leading content makers CJ Media and On Media (broadcast); CJ Entertainment (motion picture); Mnet Media (music); and CJ Internet (game). Through the years, these predecessor firms were instrumental in modernizing as well as winning a following for Korean contents from fans across the world. Headquartered in Seoul and with branches in Asia and the US, CJ E&M currently has over 2,000 employees worldwide and is traded on KOSDAQ under the ticker 130960. For more information, please visit: http://en.cjenm.com

Next
CJ Logistics voted as the best company