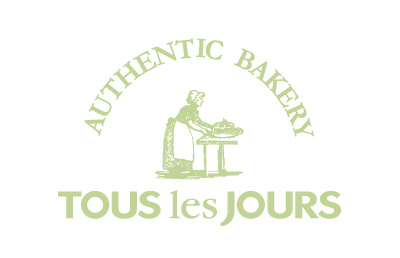 TOUS les JOURS (www.tlj.co.kr), the ‘healthy bakery with the highest quality ingredients’ and star in CJ Foodville’s crown, has officially opened its 23rd store. Situated in Weihai, China, the store marks the company’s entry into the fourth largest city in China, making it especially significant. Weihai itself is a harbor city, located at the Northern tip of Shandong province, and heart of the regional economy and tourism industry.

TOUS les JOURS’s Weihai store is the company’s first in Weihai and its 23rd in China. The new Weihei store is located on the first floor of Lotte Department Store, part of the giant WEGO mall which has itself only recently been opened. The format of the Weihei store is as a bakery cafe, spread across a total floor space of 231m2 (seventy pyung), positioning it well to go head to head with other global brands at the department store operating in the same sector, such as Papa John’s and Baskin Robbins.

TOUS les JOURS is all about being a healthy premium bakery, which is why it will make about 200 items ? including high quality breads and cakes ? available for customers at the store.

What is particularly notable about TOUS les JOUR’s entry to Weihei is the foothold it gives the company in the fourth region of China. A source of TOUS les JOURS said, “It is important to establish a solid position in the major cities of China in order to extend the business given the vast size of the country. We plan to enter into other cities gradually, including those in Sichuan province with which we concluded a master franchise contract last January. Indeed, we are poised to extend the number of our stores based on the footholds we establish in each region.”

Along with extending the number of stores in China, TOUS les JOURS plans to step up its marketing effort for Chinese customers. The first wave of this marketing activity was the co-production with China of the movie ‘A Wedding Invitation’ directed by Oh Ki-Hwan. The movie was released on April 12 and topped the Chinese domestic box office in its first weekend. A source from TOUS les JOURS said, “The hero of the movie Peng Yuyan, a rising star in Chinese-speaking countries, had an interview promoting the movie at Lidu store in Beijing. After the interview, the number of young customers in their 10s and 20s has noticeably increased not only at Lidu Store, but also other stores across China.” That’s why TOUS les JOURS will continue to carry out active marketing activities with media and celebs, helping to drive our brand awareness in China.”

TOUS les JOURS has already successfully established a presence in seven countries around the world: namely, Indonesia, Vietnam, Philippines, Cambodia, Malaysia, China and the US. CJ Foodville has been showing stable performance of its overseas business, currently running 148 overseas stores in total with its brands bibigo, VIPS, A Twosome Place as well as TOUS les JOURS.